An article from the Angola Press Agency

Angola has reiterated the 2nd Luanda Biennial’s commitment to strengthening of the climate of peace in Africa.

This was expressed by Secretary of State for International Cooperation and Angolan Communities, Domingos Vieira Lopes, on Tuesday. 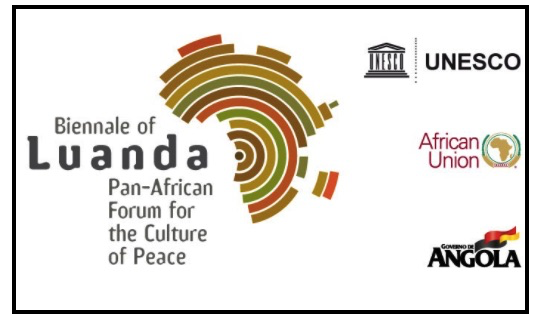 Focus on a culture of peace is also aimed at creating conditions to attract more foreign private investment to the continent, said the Angolan diplomat.

Speaking  at the opening of the seminar on “The role of Angolan diplomacy in promoting a culture of peace”. Domingos Vieira Lopes defended the need to intensify investment and industrialisation in the continent to enhance the main export products.

However,  he appealed for the support and participation of the member states of the African Union in the Pan-African Forum,  in order to deepen knowledge about continental reality.

The diplomat said the online seminar served to reflect on the experience acquired through the peace and reconciliation process in Angola, after 19 years.

The meeting also aimed at sharing ideas on the best way to contribute to the preservation of peace.

As for the ongoing preparations for the 2nd edition of the Luanda Biennial, scheduled for next September, the Itinerant Ambassador and coordinator of the National Management Committee for the Biennial in the Angolan capital, Diekumpuna Sita José, said that the concept of a culture of peace has to do with change.

He added that the fundamental objective of African leaders is to achieve long lasting conciliation.