Since girls are burdened with the thankless tasks of fetching water and firewood and since they are the ones who must look after their brothers and sisters, then they must also be the centerpieces of awareness-raising about non-violence. This was the idea of Adja Kadije in 2015 when she decided to create the “Girls” branch of Pijca (Interfaith platform for Central African youth, partner of CCFD-Terre Solidaire). 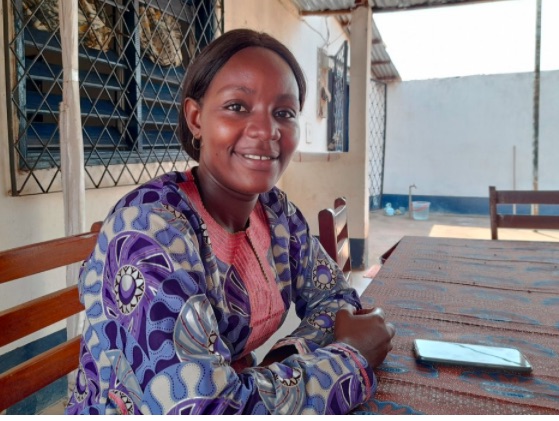 Volunteer in the association since its creation in 2014, she had noticed two apparently contradictory things: on the one hand, “the girls who joined La Pijca were not at ease. They were undoubtedly afraid of the boys” and, on the other hand, “it’s easier for a girl to get people’s ears.” We were much more efficient than the boys! ”

The two intuitions prove to be correct: the “Girls” branch gave birth to social mediators, who are today in the hundreds across the country. “We can identify in a city thirty young girls who can be leaders, by relying on information from the churches and Muslim associations,” explains Adja. “We give them a mini-training in conflict resolution and the promotion of women’s rights. We also give them a little nest egg and teach them how to manage it to create small activities such as selling in the markets. And they themselves train other young girls.” They are able to combine economic independence and spreading the culture of peace.

Adja learned on the job. But still very young, just as she was about to enter adulthood, the world she knew was shattered. It was in 2013. She was 20 years old, a student in civil engineering, living with her parents, her three brothers and her four sisters in the commune of Begoua, one of the main gateways to the capital. La Seleka, a coalition of predominantly Muslim armed groups, seized Bangui and power in March. The anti-balaka, predominantly Christian militias, attacked in December. The two make their way by looting, raping and killing.

Like their neighbors, the Kadije family was forced to flee. She found refuge in a displaced persons site, in Bangui itself. Frowned upon by her neighbors, because she is Muslim and assimilated to the aggressors of the Seleka, Adja joined the Pijca, determined to counter the sectarian killings. With others, Christians and Muslims, she goes from neighborhood to neighborhood, from city to city, encouraging young people to reject manipulation. At first, her audacity is mixed with fear in these towns from which Muslims have been driven out. “But I was proud to be a part of it. When I was on the radio, I warned people in my neighborhood, ” she recalls.

Today the smile is a little sad. In December, the armed groups resumed attacks, and former combatants, aided by La Pijca, joined them. “They are easily manipulated, because they don’t do much and take a lot of drugs, especially pills. It’s a bit hopeless,” sighs Adja. But her depression is short-lived. The future of her country and her two little boys are at stake.