An article from Le Nouvelliste (translation by CPNN)

In line with the February priority of Rotary International for peace and the prevention and resolution of conflicts, the Rotary Club of Pétion-Ville held the first edition of its symposium for education to promote the culture of peace. It was held at the hotel Montana with the paarticipation of several representatives of organizations that work with children. 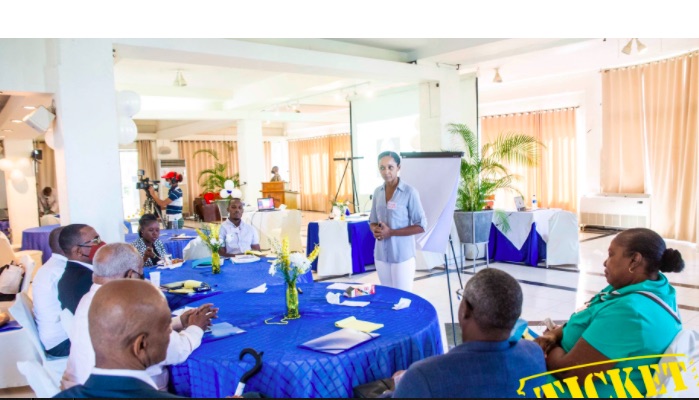 Are the people of Haiti making progress toward a culture of peace?

Carine Cléophat, the president of the Rotary Club considered that it was a successful day. In her remarks to open the symposium, she said, “The Rotary Club of Pétion-Ville is launching a project to promote the culture of peace in the schools affiliated with the Club as well as the general public in order to commemorate the month of February, the month of peace for Rotary International.” As a first experiment, it was considered a success by the organization with regard to the different themes that were debated, and the testimonies of the participants who said in conclusion that they appreciated the idea that it will be continued in future years.

The symposium was organized around three dimensions (themes): Father Marc Henry Simeon took charge of the spiritual dimension. The psychologist Melodie Benjamin dealt with the family dimension. And the economist Etzer Emile considered the economic dimension of peace.

Following the interventions of the panelists, the organizers proposed practical applications. Groups were created to participate in workshops.

Means to establish a real peace were proposed. They were considered, studied and recorded by the organizers from the Rotary Club, according to President Carine Cléophat.

The next symposium is planned to take place in February 2022, to include a wider range of participants and additional publicity.