Excerpts from a mail received at CPNN from Mazin Qumsiyeh

We know that women are often at the forefront of struggles for justice. Here is a good example received from Mazin Qumsiyeh and excerpted from his 2012 book on “Popular Resistance In Palestine: A history of Hope and empowerment.” 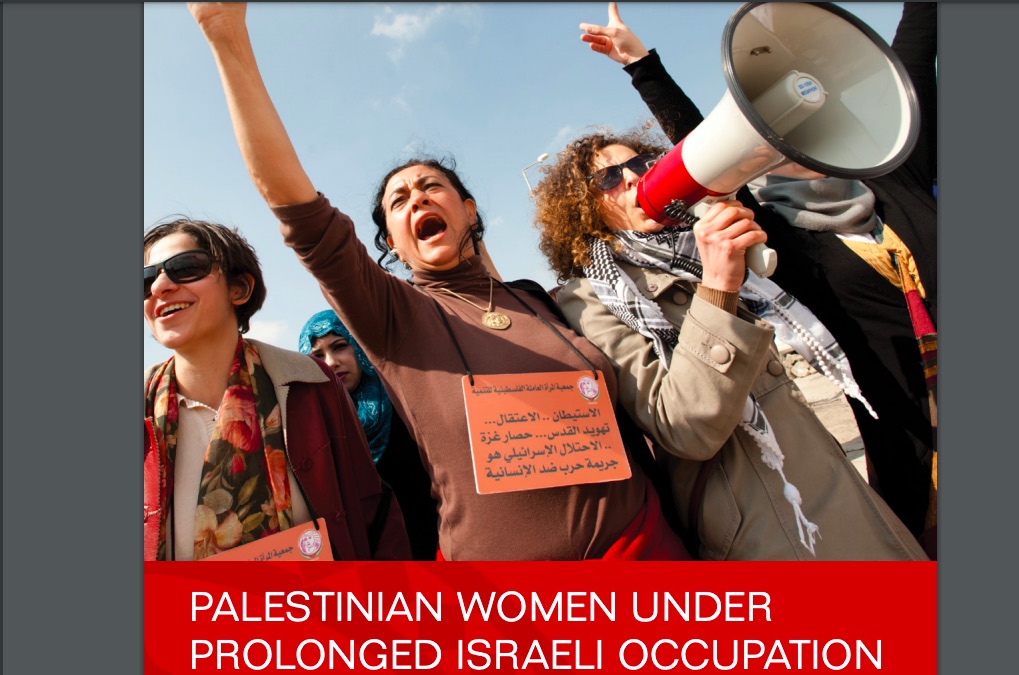 The first Arab Women’s Congress of Palestine was held on 26 October 1929 in Jerusalem and was attended by about 200 women. The demands were those of the Palestinian people against: the Balfour Declaration and the establishment of Jewish colonies, and for self-determination. They elected a 14-member executive committee headed by Matiel E. T. Mogannam. Mogannam later wrote a book titled “The Arab Women and the Palestinian Problem”, which detailed the activities of the movement. The women who participated were diverse. Some were fully veiled and some very liberal, some Christian and some Muslim. In their meeting with the British High Commissioner, the women ‘threw back their veils’ and presented their demands in strong language.The High Commissioner was impressed, but stated plainly that his ‘authority is limited and some things must be decided by the Ministry of Colonisation … [however,] I am pleased with the progress of the women’s movement in Palestine … and will do my best to help in the educational areas of the Palestinian woman so that she can reach her appropriate place in society’.   Energised by this meeting, the Congress concluded with a 120-car motorcade through the old city of Jerusalem and sent a telegram to Queen Mary, which opened with these words:

The group was active for many years, developing novel forms of Palestinian resistance such as silent protests, publishing letters in foreign newspapers, direct support of those suffering from the occupation and prisoner support groups. They ‘sent hundreds of letters to the British government, newspapers, and news media outlets, Arab leaders, and other women’s organisations’. It was not without an impact; for example, their persistent letters about political prisoners in British jails resulted in three prisoners being pardoned.

[from anther section of the book:]
…. An Arab Women’s march to demand an end to the Zionist programme on 15 April 1933 heard speeches delivered by such notable Arab feminists as Tarab Abdul Hadi. A large demonstration on 13 September 1933 in Jerusalem led by Palestinian religious and civic leaders spilled over to other cities……

From the 1920s and 1930s women took the initiative at the most critical times when even the will of the strongest men was tested.30

Thus it was not surprising that women also took the lead in the early years of the post-1967 era while the national will was debilitated. The first demonstration in Jerusalem held in Spring 1968 was led by women and was dispersed by force. In February 1968, over 300 women demonstrated in Gaza about the policies of the occupation, including the expulsions and land confiscations. Kuttab and Awwad explained that ‘Women’s political associations connected with the different Palestinian political parties are considered the core of the Palestinian women’s movement. These include organisations such as the Union of Palestinian Women’s Work Committees (UPWC) and the Federation of Women’s Action Committees. The General Union of Palestinian Women (GUPW), founded as a body within the Palestine Liberation Organisation (PLO) in 1965, is an umbrella institution of the different women’s committees and charitable societies.’ In 1965, the Society for the Rejuvenation of the Family (In’ash Al-Usra) was founded by Samiha Khalil. She was born in Anabta, Tulkarem in 1923 and lived in the 1940s in Asqalan (Ashkalon). She became a refugee in 1948 in the Gaza Strip and in 1952 travelled via Beirut to the West Bank, becoming a member of the Palestinian National Council in 1965. She served as president of the Women’s Federation Society (El-Bireh), of the Union for Voluntary Women’s Societies and the General Union of Palestinian Women (GUPW), also founded in Jerusalem in 15 July 1965.34

Such women’s groups mushroomed in the 1970s and played a significant role in the uprising of 1987. In February 1968, 300 women demonstrated against the policies of deportation and land expropriation. On 8 March 1978, the Women’s Work Committee was established and by 1989, had more than 5,000 members. The growth of Palestinian women’s movements since then has been strong, though many challenges remain……

[references & footnotes in original book but here is a key one worth reading: Matiel E. T. Mogannam, The Arab Women and the Palestine Problem, London: Herbert Joseph, 1937]