An article from Native News Online

The Confederated Salish and Kootenai Tribes (CSKT) of Montana’s Flathead Indian Reservation will include the National Bison Range when a transfer of property facilitated by U.S. Fish and Wildlife Service (Service) and the Bureau of Land Management (BLM) becomes complete. 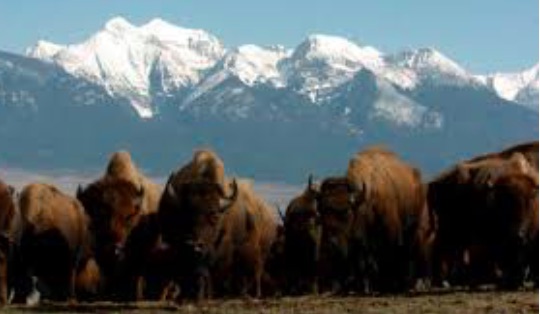 The transfer was announced by outgoing U.S. Department of the Interior Secretary David L. Bernhardt on Friday, Jan. 15. He signed Secretary’s Order 3390  that transfers the land to the Bureau of Indian Affairs (BIA). The BIA will formally take the land into trust for the and restore the land to the Flathead Indian Reservation.

“The restoration of this land is a great historic event and we worked hard to reach this point. This comes after a century of being separated from the buffalo and the Bison Range, and after a quarter-century-long effort to co-manage the refuge with the FWS,” CSKT Chairwoman Shelly R. Fyant said. “And who better to do it than the original inhabitants of the land who depended on the buffalo for centuries?  That was our mainstay.”

The transfer was made possible through Public Law No. 116-260, signed into law December 27, 2020. In December 2020, Congress repealed the statute that created the National Bison Range, and Congress restored the land of the National Bison Range so it is once again held in trust by the United States for the benefit of the Confederated Salish and Kootenai Tribes (Tribes).

The legislation also created a two-year transition period during which Congress directed the Interior Secretary, through the U.S. Fish and Wildlife Service (Service), to cooperate with the Tribes in transition activities as the tribes assume full management of the Bison Range.

Both the Service and the tribes will work toward a smooth transition for the bison, wildlife, staff, and the public.