An article from Swiss Info

Innovative individual initiatives are sprouting up in Geneva to tackle the new challenges the city – and the world – are facing. SWI swissinfo.ch looks at three of these and the people behind them. 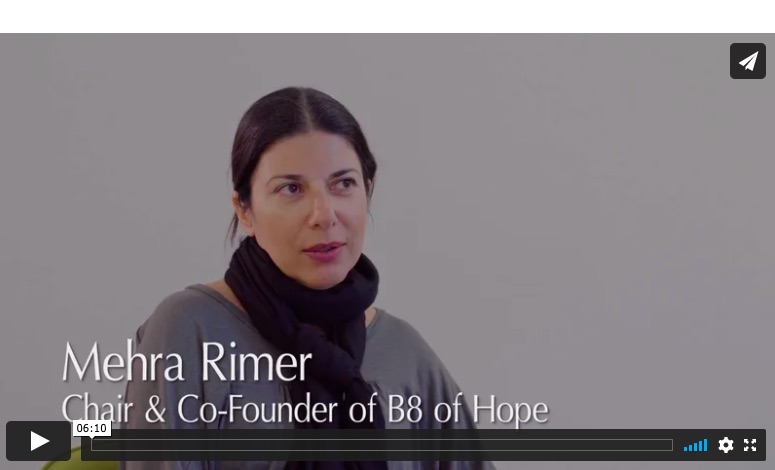 Rocio Restrepo fled Colombia and arrived in Switzerland in 1999 with two university degrees and years of professional experience in her pocket. She was told her  qualifications were not  valid  and was unable to integrate into the labour market in Geneva.

Rather than blame society, she decided to raise awareness among government agencies and companies on immigrant women who have a vast professional expertise and how they can be integrated professionally.

“I decided to go out to meet women with similar experiences (80 women in the beginning) to learn from them and then created the association Découvrir  (meaning discovery) to fight the waste of professional expertise,” Restrepo said in an interview.

The first years of the association were difficult. Découvrir did not receive any recognition from the authorities and Restrepo had to prove its relevance. The number of its members did not exceed forty in the first year.

Efforts have paid off. Today the association provides support to more than 700 women per year in several Swiss cantons.  Restrepo  says that some companies are reconsidering the conditions they set for employment, such as having the right to permanent residency (C residence permit) or Swiss nationality, which are difficult to obtain for immigrants.

The world of tomorrow, according to Restrepo, “must give all the opportunity to invest their expertise and experiences in a fair way, free from any discrimination on the grounds of gender, language, or geographical affiliation.”

Restrepo is just one people highlighted in the latest book by Swiss writer and blogger Zahi Haddad called  ”126 Hearts Beating for International Geneva”.

In an interview,  Haddad praised the vitality and effectiveness of civil institutions  like  Découvrir  because of their flexibility and ability to intervene quickly and leave a direct impact  on different fields.

These initiatives not only aim to change the situations on the ground, but also seek to change mindsets and give humanity a new vision that enables it to live in harmony in the world, he said. “The importance of these approaches is increasing, especially during this exceptional moment that we are going through due to the current health crisis as a result of the spread of the Covid-19 epidemic.”

“This world that we dream of will not be achieved by changing a law here or there, but, rather  through  a fundamental change in our  perception  of things,” he added.

The  initiatives mentioned in the book  are  aimed at promoting more equitable and humane societies.

A ‘House  of hope’ for peace

Married couple Mehra and David Rimer founded the B8 of Hope association after a trip to Israel and Palestine in 2015. During their trip to the conflict zone, this Jewish/Muslim couple met with activists engaged in a dialogue of peace.

“We quickly discovered the presence of dozens of groups in Israel and Palestine that are struggling to spread a culture of peace, and today we support 16 NGOs on both sides,” Mehra recalled.

Some of these organisations either represent families of victims who lost their children in the conflict,or Palestinian fighters and Israeli soldiers who have laid down their arms and adopted the slogan of “joint resistance to live in peace.”

B8 of Hope aims to “mobilise support for peace advocates from the Israelis and Palestinians who have the courage to express their convictions”, Mehra said.

“These preachers of peace believe that what has happened has happened, and if we cannot change the past, then we must live in the present with a common optimistic outlook towards the future,” she added.

From a refugee to an investor in the environment

The third project highlighted is that of  Nhat  Vuong, who came to Geneva as a refugee with his family in 1980 while he was still a baby. His family fled the war between South and North Vietnam.  Vuong  grew up in Geneva. He graduated as engineer from  the  Faculty of Business and Economics of the University of Lausanne.

Speaking to SWI swissinfo.ch,  Vuong recalled an important moment in his life that changed his view of reality in a radical way: “After obtaining the Swiss passport in 1995, I went with my family to visit our country of origin, and for the first time I found myself faced with the tragedies of poverty, deprivation and violation of children’s rights to education and decent living. This made me realise  that we, in Switzerland, live in a bubble, and we forget during our daily life the hardships faced by other peoples.”

“This hurt me and prompted me to think about doing something to help others.”

By chance, he came across an advertisement related to a new technology invented by a Spanish engineer that purified humid air and transformed it into drinking water.

Vuong said: “I immediately thought about helping refugees, especially as this coincided with the escalation of the conflict in Syria, and the displacement of many  Syrians to Lebanon. I was sure this machine should not remain parked in  a  garage.”

In anticipation of future water shortages worldwide, Vuong i nitiated the establishment of “Water Inception” in the form of a non-governmental organisation, and began collecting donations through participatory financing mechanisms, which enabled him to raise about CHF30,000 ($34,000). He bought the first device and installed it in a Syrian refugee camp in Tripoli, northern Lebanon. Some 500 litres of drinking water will soon be produced every day from  fresh  air. The whole process took him two years.

Vuong is also the founder of a startup  launched in 2019 to finance his charitable projects. With a Vietnamese partner he manufactures environmentally-friendly products in Vietnam and exports them to the rest of the world.

His first product was drinking straws made from potatoes and magnesium, which could be consumed or recycled after use. Vuong also launched reusable anti-bacterial sanitary masks approved in Switzerland and now on sale in post offices.

He believes new European Union regulations from January next year, that will prohibit the sale of all materials made of plastic and are designed for single use, will increase demand for his products.