An article from rt.com

The top court in India has decided to suspend implementation of new farm laws and form a panel to hold talks, as farmers demand that the legislation be repealed.

The court ordered the temporary stay on the controversial laws, which MPs passed in September, and is forming a committee to hear the farmers’ grievances and resolve the impasse, Chief Justice Sharad Arvind Bobde said at a hearing on Tuesday. “We have the power to make a committee and the committee can give us the report,” he said. “We will protect farmers.” 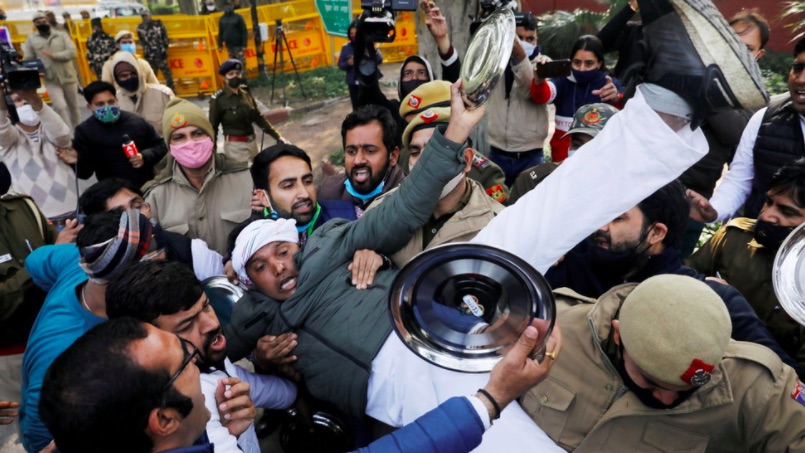 Farmers have been clashing with police and braving increasingly cold weather to protest. They are demanding the laws be repealed, because they say the new legislation will erode a longstanding mechanism that maintains a minimum support price for crops. The government insists the laws will help modernize India’s antiquated farming system. [See CPNN December 12.]

The court’s ruling came after it heard several petitions challenging the laws, and those regarding citizens’ rights to free movement amid the protest. “These are matters of life and death. We are concerned with laws. We are concerned with lives and property of people affected by the agitation,” Bobde said. “We are trying to solve the problem in the best way. One of the powers we have is to suspend the legislation.”

An advocate for the protesters, ML Sharma, complained to the court that Prime Minister Narendra Modi had not held any discussions with the farmers or their representatives, but Bobde explained: “We cannot ask the prime minister to go. He is not a party in the case.”

Farm unions reiterated their demand for the laws to be repealed and warned the protests could be intensified. They are to hold an urgent meeting to discuss the court’s decision.