United Nations human rights boss Michelle Bachelet called on Wednesday [9 December] for the withdrawal of a draft law in France known as “Article 24” that would curb freedom to share images identifying police. 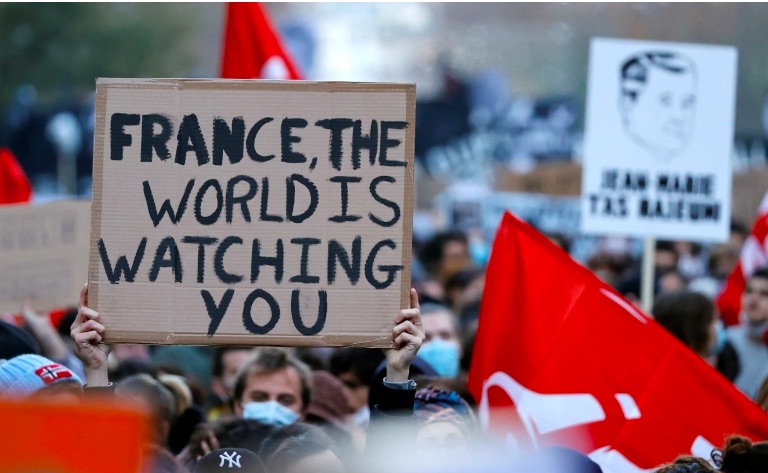 photo from Al Jazeera
Questions related to this article:

France has been hit by a wave of street protests after the government introduced a security bill in parliament that set out to increase its surveillance tools and restrict rights on circulating images of police officers in the media and online. (See CPNN November 29 and November 23)

In a recent U-turn, French President Emmanuel Macron’s ruling party said it would rewrite the article that curbs rights to circulate images of police officers.

“The law has to be discussed by the French people,” Bachelet told a Geneva news conference. “But it’s the Article 24, the one we are really concerned about. And that’s why we are mentioning that should be reviewed and should be, I guess, withdrawn”.