Celebrated under the theme “Together, it’s possible through volunteering,” the International Volunteer Day was the opportunity, this year, to appreciate the contribution of volunteers in the fight against the health crisis, which has become a social and economic crisis as well. 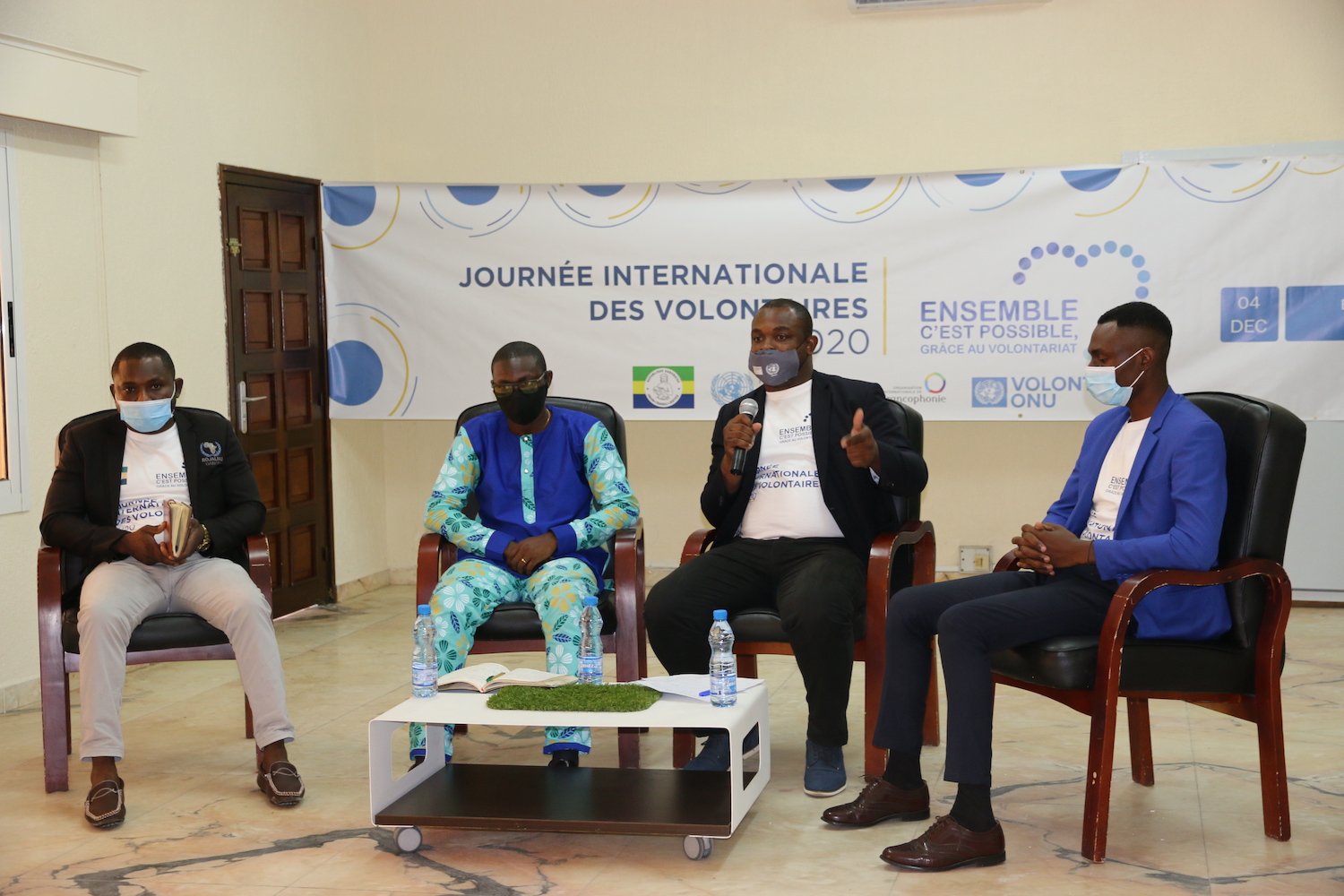 PAYNCoP Gabon [National Coordination of the Pan-African Youth Network for the Culture of Peace] took part in the event organized by the Central Africa Office of the OIF [International Organization of La Francophonie] and the United Nations system, in partnership with the Ministry of Youth. The event recognized the actions carried out to fight against the covid 19 pandemic.

“Since the onset of the disease, we have carried out awareness-raising and support actions for the most vulnerable,” said Jerry Bibang, the National Coordinator. These actions included :

– the sensitization of young people via social networks on barrier measures, in partnership with the National Youth Council (CNJ);

– the project to fight fakes news around covid19 (infodemic), in partnership with UNESCO;

– the project to set up a hand washing kit in the under-integrated neighborhoods of Libreville, in partnership with Engineers Without Borders;

– the urgent support project for people living with a disability, thanks to the support of Unesco;

– and the project to combat the spread of covid19 among young people and women in prisons, with the support of the United Nations Regional Office for Central Africa (UNOCA) and the Omar Bongo Foundation for Peace, Science and Culture (FOBO).

“Through our actions, we have directly reached 950 people and impacted more than 1000 people indirectly. It is also an opportunity for us to reiterate our gratitude to the partners who place their trust in us, notably UNESCO, UNOCA, FOBO and many others.”

“Despite these efforts, we are nonetheless aware that the challenges are still many and varied. One of our challenge is to be able to make vulnerable people economically autonomous by setting up income-generating activities.