An article from Abidjan News (translation by CPNN)

“I love my country, I participate in peace” is the slogan of the NGO “Voice of Women” for its awareness campaign in favor of peace during this election period. Through a series of tours since September 22 in the municipalities of Abidjan, Voice of Women initiated a dialogue with the populations to promote their contribution to peace. The closing stage in Koumassi on Friday, October 09, 2020 at the mayor’s office was no exception. A round table allowed the people to make their contribution to a culture of peace. 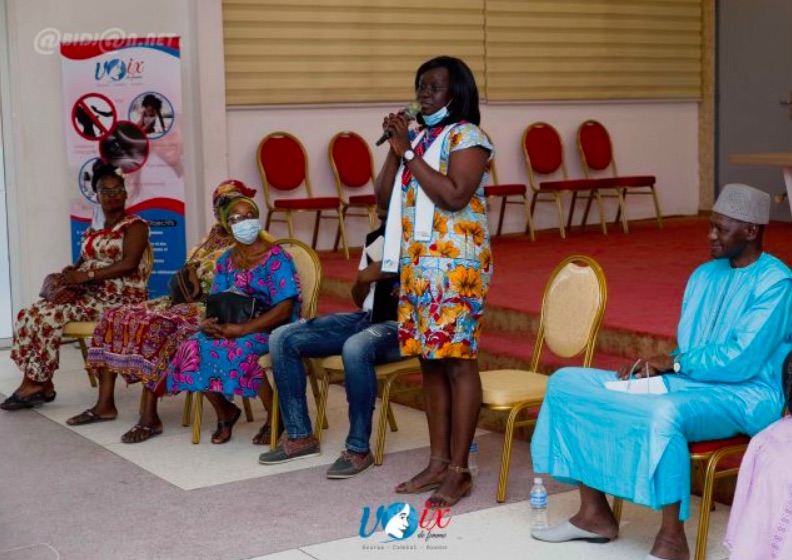 Yao Akissi Cedia Christelle, president of the NGO said that the original goal of Voice of Women was to fight against violence against women and children, to build effective leadership of women and young girls in order to ensure their autonomy and development, help these women victims in the judicial and psychological process, educate and sensitize children and adolescents, educate illiterate women and create a reception center. According to President Cynthia, these objectives can only be achieved within a framework of peace, hence the need during this election period for a woman’s voice to take up her pilgrim’s staff and to go out to meet the people to talk about peace.

Mr. Koffi Wilfried Kpondou Deputy Head of the Project Commission stresses the non-political nature of the NGO. In the same vein, the sponsor Kourouma Rokia informed the audience that the Voice of Women intends to maintain this apolitical character in order to achieve its objectives.

Touré Souleymane vice president of cultural and community affairs onveyed the support of Mayor Cissé Bacongo for this initiative, which bodes well for his municipality and the whole of Côte d’Ivoire. According to Mr. Touré, his long teaching career has enabled him to know “the importance of dialogue and above all of the interest of peace and of man at the center of the debates”, he said before declaring the round table open.