In 2013, three radical Black organizers — Alicia Garza, Patrisse Cullors, and Opal Tometi — created a Black-centered political will and movement building project called #BlackLivesMatter. It was in response to the acquittal of Trayvon Martin’s murderer, George Zimmerman. 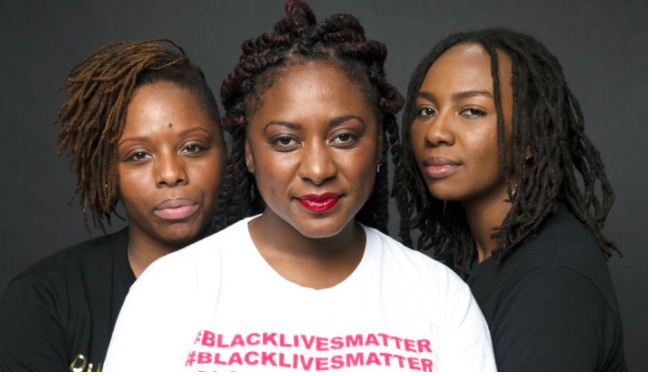 The project is now a member-led global network of more than 40 chapters. Our members organize and build local power to intervene in violence inflicted on Black communities by the state and vigilantes.

Black Lives Matter is an ideological and political intervention in a world where Black lives are systematically and intentionally targeted for demise. It is an affirmation of Black folks’ humanity, our contributions to this society, and our resilience in the face of deadly oppression.

As organizers who work with everyday people, BLM members see and understand significant gaps in movement spaces and leadership. Black liberation movements in this country have created room, space, and leadership mostly for Black heterosexual, cisgender men — leaving women, queer and transgender people, and others either out of the movement or in the background to move the work forward with little or no recognition. As a network, we have always recognized the need to center the leadership of women and queer and trans people. To maximize our movement muscle, and to be intentional about not replicating harmful practices that excluded so many in past movements for liberation, we made a commitment to placing those at the margins closer to the center. 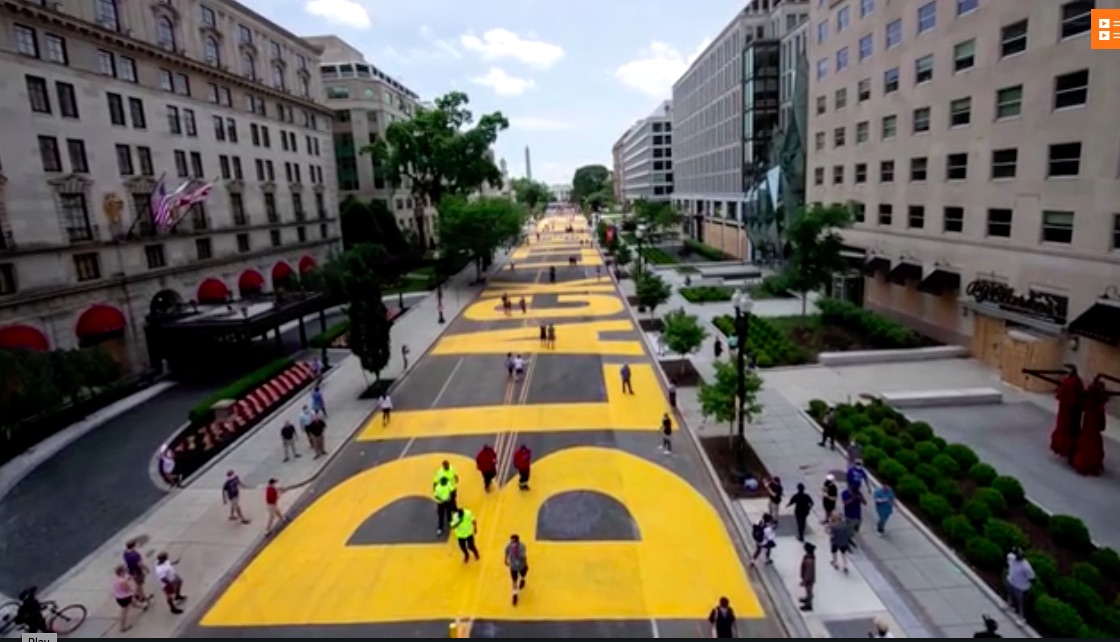 Painting a street near the White House on June 6, 2020 (click on image to see video)

As #BlackLivesMatter developed throughout 2013 and 2014, we utilized it as a platform and organizing tool. Other groups, organizations, and individuals used it to amplify anti-Black racism across the country, in all the ways it showed up. Tamir Rice, Tanisha Anderson, Mya Hall, Walter Scott, Sandra Bland — these names are inherently important. The space that #BlackLivesMatter held and continues to hold helped propel the conversation around the state-sanctioned violence they experienced. We particularly highlighted the egregious ways in which Black women, specifically Black trans women, are violated. #BlackLivesMatter was developed in support of all Black lives.

In 2014, Mike Brown was murdered by Ferguson police officer Darren Wilson. It was a guttural response to be with our people, our family — in support of the brave and courageous community of Ferguson and St. Louis as they were being brutalized by law enforcement, criticized by media, tear gassed, and pepper sprayed night after night. Darnell Moore and Patrisse Cullors organized a national ride during Labor Day weekend that year. We called it the Black Life Matters Ride. In 15 days, we developed a plan of action to head to the occupied territory to support our brothers and sisters. Over 600 people gathered. We made two commitments: to support the team on the ground in St. Louis, and to go back home and do the work there. We understood Ferguson was not an aberration, but in fact, a clear point of reference for what was happening to Black communities everywhere.

When it was time for us to leave, inspired by our friends in Ferguson, organizers from 18 different cities went back home and developed Black Lives Matter chapters in their communities and towns — broadening the political will and movement building reach catalyzed by the #BlackLivesMatter project and the work on the ground in Ferguson.

It became clear that we needed to continue organizing and building Black power across the country. People were hungry to galvanize their communities to end state-sanctioned violence against Black people, the way Ferguson organizers and allies were doing. Soon we created the Black Lives Matter Global Network infrastructure. It is adaptive and decentralized, with a set of guiding principles. Our goal is to support the development of new Black leaders, as well as create a network where Black people feel empowered to determine our destinies in our communities.

The Black Lives Matter Global Network would not be recognized worldwide if it weren’t for the folks in St. Louis and Ferguson who put their bodies on the line day in and day out, and who continue to show up for Black lives.

One thought on “Herstory of Black Lives Matter”