A eulogy by Roberto Savio in Meer (translation by CPNN)

With the death of Mikhail Gorbachev, the last great statesman and an entire era has disappeared.

I had the privilege of working with him, as deputy director of the World Political Forum (WPF), which Gorbi had founded in Turin in 2003, with a host agreement with the Piedmont Region. The Forum brought together personalities from around the world to discuss current events. Major international players, from Kohl to Mitterrand, from Jaruzelski to Oscar Arias, would candidly discuss their role and their mistakes. 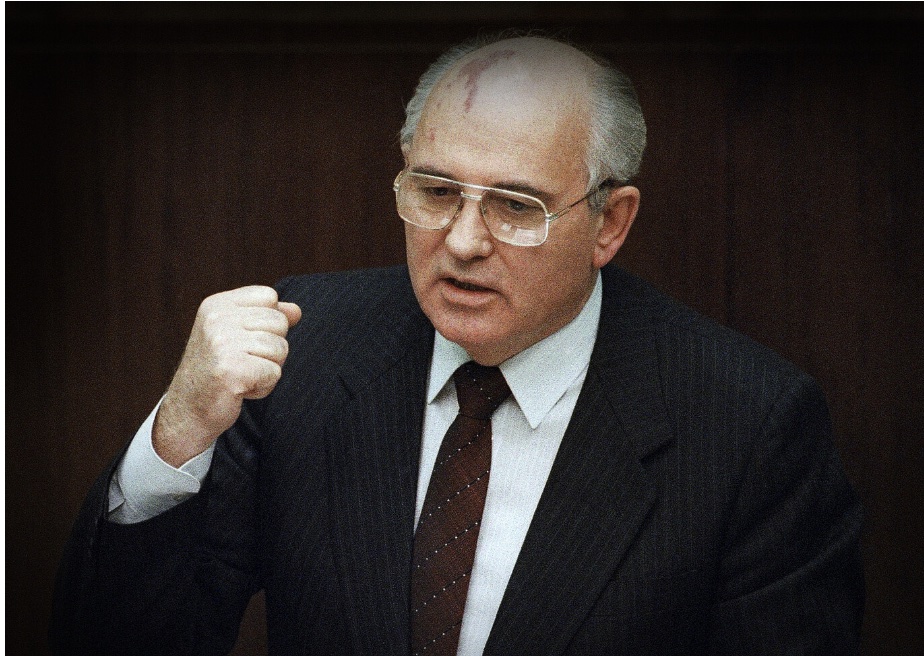 I will always remember a WPF, in 2007, in which Gorbachev reminded those present that he had agreed in a meeting with Kohl to withdraw support for the East German regime, in exchange for a guarantee that NATO’s borders would not be moved beyond of the reunited Germany. And Kohl responded, pointing out to Andreotti, who was present, that some were not so enthusiastic about the idea of ​​re-creating Europe’s greatest power, a position shared by Thatcher. Andreotti had said: “I love Germany so much that I prefer to have two.” And the US delegation acknowledged this commitment, but complained that Secretary of State Baker had been outmaneuvered by the hawks, who wanted to further expand NATO and squeeze Russia in a straitjacket. Gorbi’s comment was to the point: “instead of cooperating with a Russia that wanted to continue on the socialist path of the north, you rushed to overthrow it, and you used Yeltsin for this.”

But after Yeltsin came Putin, who began to see things in a completely different way.

Gorbachev had cooperated with Reagan to end the Cold War. It is amusing to see how American historiography credits Reagan with the historic victory over communism and the end of the Cold War. But without Gorbachev, the powerful Soviet bureaucracy would have continued to resist, the Berlin Wall would not have fallen, and the wave of freedom in socialist Europe would surely have come after Reagan’s term.

After the 1986 meeting in Reykjavik it became clear to what extent Gorbachev intended, even more than Reagan, to advance on the path of peace and disarmament. Gorbachev proposed to Reagan the total elimination of atomic weapons. Reagan said that because of the time difference, he would check with Washington later. When the two met the next morning, Reagan told him that the United States was proposing the elimination of 40% of nuclear warheads. And Gorbachev replied: “If you can’t do more, let’s start like this. But I remind you that now we can destroy the planet and humanity hundreds of times. Time would show that Russia’s nuclear disarmament was indeed in the US interest if Defense Secretary Weinberg, who even threatened to resign, had been able to take the long view.

Yeltsin did everything possible to humiliate Gorbachev, to replace him. He stripped him of all pensions, of all perquisites: bodyguards, state car, and made him leave the Kremlin in a matter of hours. But under Putin Gorbachev practically became an enemy of the people. The propaganda against him was crude, but effective. Gorbachev had presided over the end of the Soviet Union “the great tragedy,” and he had believed the West. Now the USSR was surrounded by NATO, and Putin was forced, in the name of history, to recover at least part of the great power that Gorbachev had squandered.

Those who had been by Gorbachev’s side since Yeltsin’s arrival saw how the elderly statesman, who had changed the course of history, suffered deeply at the direction that Yeltsin was taking. Of course, the press chose to ignore the deep corruption of the Yeltsin era, which cost the Russian people terrible sacrifices. Under Yeltsin, a team of US economists issued decrees privatizing the entire Russian economy, with an immediate collapse in the value of the ruble and in social services. The average life expectancy fell back ten years at a stroke. I was shocked to discover that my breakfast in the morning at the hotel cost as much as an average monthly pension. It was very sad to see so many old women dressed in black selling their few poor belongings on the street.

At the same time, some party officials, friends of Yeltsin, bought the large state-owned enterprises put up for sale at bargain prices. But how did they do it, in a society where there were no rich? Giulietto Chiesa documented it in an investigation at La Stampa in Turin.

Under pressure from the United States, the International Monetary Fund granted an emergency loan of five billion dollars (in 1990) to stabilize the dollar. These dollars never reached the Russian Central Bank, nor did the IMF raise any questions. They were distributed among the future oligarchs, who suddenly found themselves fabulously millionaires.

When Yeltsin had to leave power, he looked for a successor who would guarantee him and his cronies impunity. One of his advisers introduced him to Putin, telling him that he could tame the uprising in Chechnya. And Putin agreed on one condition: that the oligarchs never get involved in politics. One of them. Khdorkowski, did not respect the pact and opened a front of opposition to Yeltsin. We know his fate: stripped of all his possessions and imprisoned. It was the only appearance of an oligarch in politics.

Gorbachev is the last statesman. With the arrival of the League in Turin, the agreement to host the World Political Forum was, to his surprise, cancelled. The Forum moved to Luxembourg and then the Italians Foundation in Rome took over some of its environmental activities. Gorbachev’s right-hand man, Andrei Gracev, Gorbi’s spokesman in the CPSU and in the transition to democracy, a brilliant analyst, moved to Paris, where he is the point of reference for debates on Russia.

Gorbi, suffering from diabetes, experienced the war in Ukraine as a personal drama: his mother was Ukrainian. He retired to a hospital under close surveillance where he eventually died. The era of statesmen is over, as is that of the debates of the great protagonists of history.

After Gorbachev, politicians lost the dimension of statesmen. Little by little they have gone back to the demands of electoral success, to short-term politics, to shelving the debates of ideas, and instead they do not resort to reason, but to the instincts of the voters. Instincts that are awakened and conquered, even by a relentless fake news campaign. A school that Trump has managed to export to the world, since the constitutional vote in Chile on September 4, to Bolsonaro, to Marcos, to Putin and, consequently, to Zelenski.

I find myself writing with bitterness and discouragement, not only because of the death of one of my mentors (including Aldo Moro) but because of an era that now seems definitively over: that of Politics with capital letters, capable of changing the world it found , with great risks and with the great objectives of Peace and International Cooperation.

And I write uncomfortable truths, known to few, that will be immediately buried by hostile interventions and ridicule. Andrei Gracev was right when he recently told me on the phone: «Roberto, my mistake and yours is to have survived our time. Let’s also be careful, because we will end up being an obstacle…».