While Russia presses on with its lumbering invasion of Ukraine and Western nations led by the United States keep sending billions of dollars in arms and aid to bolster Ukrainian resistance, peace advocates on Wednesday marked the war’s six-month anniversary—and Ukraine’s independence day—with renewed calls for peace. 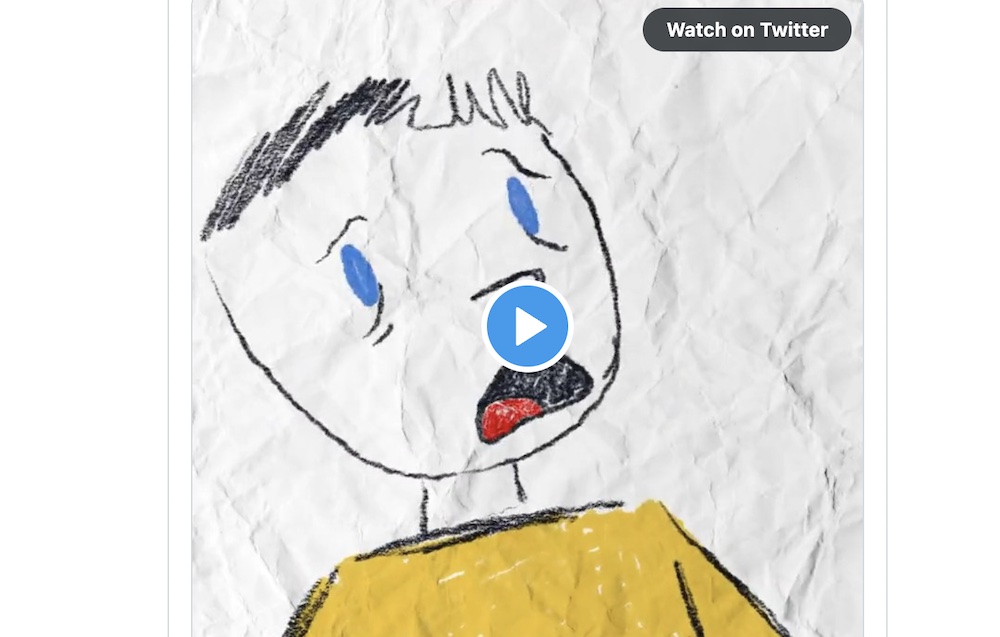 UNICEF video based on children’s drawings from Ukraine

Writing for the U.K.-based Stop the War Coalition, journalist Shadia Edwards-Dashti noted  that “the war has been a disaster for the Ukrainian people, resulting in tens of thousands of Ukrainian casualties and displacing more than 13 million people—just shy of a third of the population. On the Russian side, some estimates suggest up to 75,000 are dead or injured.”

“From the very start of the invasion the Western response has focused on the military solutions,” she continued. “Within a week of the invasion, NATO forces had drummed up their biggest military mobilization in Europe since the end of the Cold War. The aim from the start was a decisive military victory against Russia. As a result, negotiations have been discouraged and chances for peace squandered.”

“We simply cannot allow this six-month war to drag on for years as some analysts are predicting, Edwards-Dashti added. “Decisive victory for either side looks remote. The only possible solution is a process of negotiation. As the economic crisis deepens and Western governments threaten to raise defense spending, we in the West must intensify our call for peace and sanity.”

Anatol Lieven, director of the Quincy Institute for Responsible Statecraft’s Eurasia program, warned  that while NATO countries “can now afford to be less afraid of Moscow” given the Russian military’s battlefield woes, “the risk of unintended escalation to nuclear war does however remain very real.”

“Since nuclear weapons are the one area in which Russia remains a superpower, there is an obvious temptation for Moscow to engage in nuclear brinkmanship,” he added, “and anyone who decides to walk along a brink runs the risk of falling over it.”

Martin Kimani, Kenya’s ambassador to the U.N., similarly cautioned  that “unless the Ukraine war is stopped through dialogue and negotiation, it could be the first of a series of conflicts that future historians will name the Third World War.”

“Such a disaster would be different from the last world wars, and all the wars before them,” he said. “The dangers of direct conflict between nuclear-armed powers means that most of their confrontations would be undertaken by proxy. Africa and the rest of the world would be thrown into a mirror of the Cold War.”

“Every day is a new reason not to give up,” he said  in a video address from central Kyiv. “Because having gone through so much, we have no right not to reach the end. What is the end of the war for us? We used to say, ‘peace.’ Now, we say, ‘victory.'”

Asked in an interview with NPR if she sees “any negotiated way out” of the war, Norwegian U.N. Ambassador Trine Heimerback replied: “I think that’s the question we all have. Right now, I don’t think we are too optimistic, unfortunately.”

James Kariuki, Heimerback’s British counterpart, said the issue of negotiations is “for the Ukrainians” to decide.

“But,” he added, “the best way to end the conflict would be for Russia to withdraw its troops and end its illegal occupation.”