An article from Radio 3 (translation by CPNN)

The Constitutional Convention delivered today (July 4) the draft of the new Constitution to the President of Chile, Gabriel Boric, with a series of changes with respect to the current Constitution, as summarized below.

In the text of the new Constitution that the population must accept or reject in a plebiscite, the passage from a “democratic republic” to a “parity democracy” is highlighted, which implies that women occupy at least 50% of all State bodies and proposes to take measures to achieve substantive equality and parity. 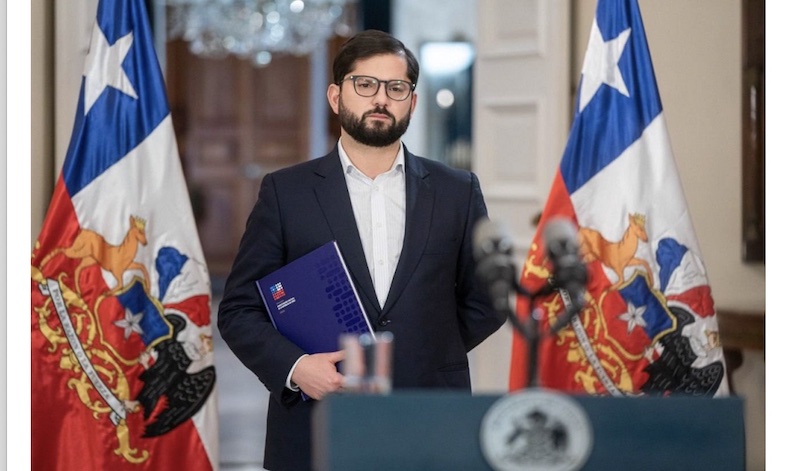 The now former president of the Constitutional Convention, María Elisa Quinteros, expressed in her speech that the text delivered today to the president is “the first joint constitution in the world,” and noted that it was chaired by two women.

The current constitution of 1980 does not include anything related to a gender and parity approach, in fact, the closest thing to parity is the article that indicates that people are born free and equal in rights, a rule that was reformed, since previously it only referred to to men.

Another great change proposed by the text is that it defines Chile as a Plurinational and Intercultural State, which implies the recognition of 11 peoples and nations, in addition to constituting Indigenous Regional Autonomies and recognizing the legal systems of indigenous peoples, with respect to the Constitution. The current constitution totally omits native and indigenous peoples.

Regarding the Political System, there are also important changes, such as the lowering of the age from 35 to 30 years to run for president, in addition to the consecutive re-election of the Head of State himself for once, a measure that will not apply to Gabriel Boric, but which will apply for the next president.

It also highlights the elimination of the Senate, a body that has more than 200 years of history in the country. It will be replaced by a Chamber of the Regions, which will have less power than the Senate had before and would have the power to form limited laws and regional agreements.

The lower house would be renamed the Congress of Deputies and Deputies and would have greater power for the formation of laws. Hence there will be two chambers with asymmetric power.

One of the strengths of the new proposal is the one that defines Chile as a “Social and Democratic State of Law”, including a series of articles that guarantee social rights, such as education, health, housing, work and pensions. .

In this matter, the current constitution gives the private sector powers to act over State institutions in the provision of social goods, while the proposed new Constitution indicates that it is the duty of the State to seek solutions to these problems.

The proposed constitutional text also includes a change regarding abortion, since it indicates that the State must ensure the conditions for a voluntary and protected pregnancy, childbirth and maternity, and for a voluntary interruption of pregnancy. The current Constitution of 1980 explicitly protects “the life of the unborn”, although this was modified with the approval of the interruption of pregnancy on three grounds: fetal inviability, risk to the life of the mother, and rape.

The proposal was initially criticized by the most conservative sector, arguing that this measure implied interrupting the pregnancy at any time, according to its detractors. However, it will be a right that must be regulated by the Legislative Power, which will decide which are the deadlines and the way to do it.

To combat the water crisis in the country, the text includes a great difference with respect to the current constitution, since water will be established as a “non-property” good, in addition to establishing a human right to water, prioritizing its use and creating a National Agency of Water for its sustainable use.

These are some of the major changes in the proposed constitution, which includes 388 articles, and which will be presented to the country’s president, Gabriel Boric. The president himself and the ministers Izkia Siches (Interior) and Giorgio Jackson (Secretary General of the Presidency ) will sign a decree that establishes the plebiscite on September 4 for people over 18 years of age, which will decide if the new Constitution is adopted.