The wait is over. After the Truth Commission was born in 2017, today, Tuesday, June 28, 2022, five years later, the final report was presented at the Jorge Eliecer Gaitán Theater in Bogotá.

The work has been underway since November 29, 2018 when the commission began its mandate, detailing the truth of the conflict in Colombia over more than fifty years. The task was undertaken by 11 commissioners, presided over by Father Francisco de Roux. 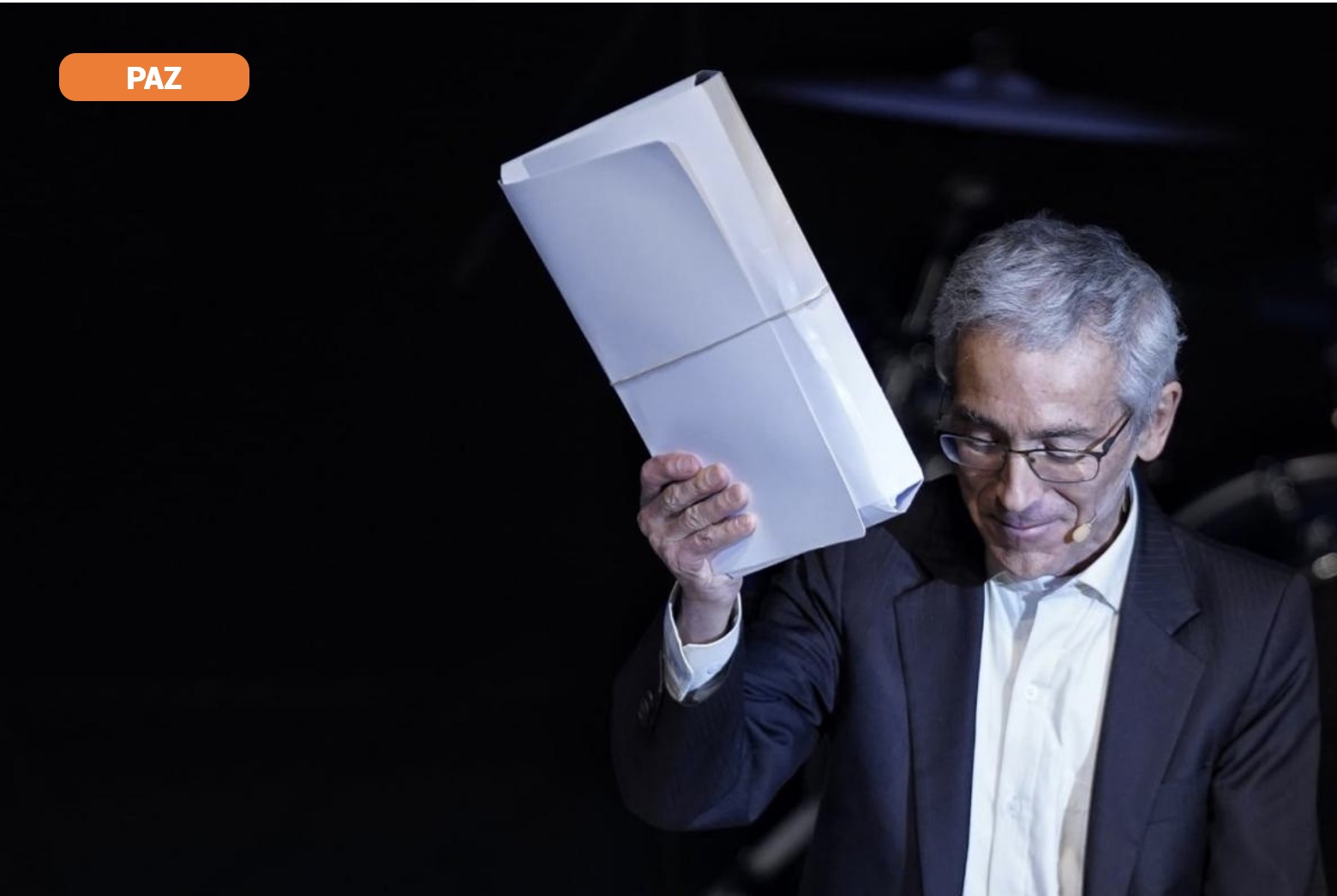 The presentation that began around 11 in the morning, began with the words of the UN High Commissioner for Human Rights, Michelle Bachelet, who highlighted the work carried out by the Truth Commission.

“This process clarifies not only the past of the violations that occurred during the armed conflict, but also contributes to uniting Colombian society so it can advance towards the construction of a future of peace for all,” she said.

In his turn, Father Francisco de Roux, president of the Truth Commission, highlighted the work in which 27,508 stories were heard, from victims, indigenous peoples, Afros, peasants, members of the public force, illegal armed groups, businessmen, politicians and others that in one way or another had to do with the conflict in Colombia.

“We call on everyone to accept ethical and political responsibilities with sincerity of heart. We have verified that those who recognize their responsibilities, far from diminishing their reputation, enhance it”, said Father Francisco de Roux, during his intervention.

You may also be interested in: “The truth cannot be a space for revenge”: Petro on the Commission report

Memories of the truth

Unfortunately, during their work, on August 7, 2020, one of the eleven commissioners, Ángela Salazar Murillo, a defender of women’s rights, died of Covid-19.

Commissioner Leyner Palacios pointed out that her struggle “shows us the importance of writing about the effects on women, cultures, ethnic groups, and implies addressing the damage to the territory. She has left us a great knowledge of what happened in the territories, from San Andrés to Urabá. Those tours that she was able to take left us with a lot of information in terms of testimonies and it has been essential for us to finish this task”. Commissioner Palacios highlighted the legacy of a woman who dedicated her years to the service of the Afro people, “ It’s been wonderful to be able to pick up that work. She told me once: the violence impacted the entire country, but blacks and indigenous people were affected distinctly and differently.”

The presentation of the report also recalled the sociologist and story seeker Alfredo Molano, who died a year ago, on October 31, 2019. When he began his mission as commissioner, he mentioned the following: “It is time for a light, so be it. tenuous, that allows us to face the tragedy that we have lived. Let the windows open!”

Find out here: What does the Truth Commission report say about the camp?

Pages from the Final Report

Exile is one of the chapters that generates the most interest, given the problems that Colombian men and women who have left the country because of the armed conflict have had to face. In this, especially, the Commission heard 2,200 testimonies in more than 20 countries.

For Commissioner Carlos Beristain, it was essential to listen to and include the truths that are outside the country. “There is a Colombia outside of Colombia that has been invisible in the eyes of society and the State, people who had to leave the country due to the armed conflict, and this is a form of recognition of their experience.”

Beristain, a doctor and psychologist by profession, and today a commissioner and a seeker of peace and truth, considers that this report, together with the book he wrote ‘Una Maleta Colombiana’, adds to what must be done in order to unite Colombia.

“The Colombian maleta (suitcase) refers to the experiences collected by the victims and the reflections that this provokes and is a bridge between exile and Colombia.”

Read here: Why is it important the Final Report of the Truth Commission?

The future of the report

The presentation was conceived as a commitment to the victims left by the war in Colombia. Moments before starting the presentation, the sensations were a diverse mix; there was hope, anxiety, joy, touches of sadness and the desire that what is known in this final report be the agreement not to forget our truth, not to let memory be clouded and dispersed in time.

It should be emphasized that, despite the fact that the final report was presented today, there will be two months for it to be presented around the country, that is, until August 29, 2022, in which each chapter will be delivered periodically.

“We ask Colombian men and women without distinction to accept the truths of the tragedy, of the destruction of life among us and to make the determination not to kill anyone for any reason. We ask everyone to recognize the victims of the armed conflict, their pain and dignity”, Father Francisco de Roux concluded.