An article from Colombia es euro (translation by CPNN)

After the election of Gustavo Petro as President of Colombia for the period 2022-2026, he and his union and government team have been working on a concept that has been widely discussed since June 19, the date on which he announced his candidature for the presidential race: the Great National Agreement. The President-elect wants to unite all the political forces of the country to, first, put aside polarization, and second, to achieve consensus to execute many of the programs that the country needs in economic, social, educational and peace matters. 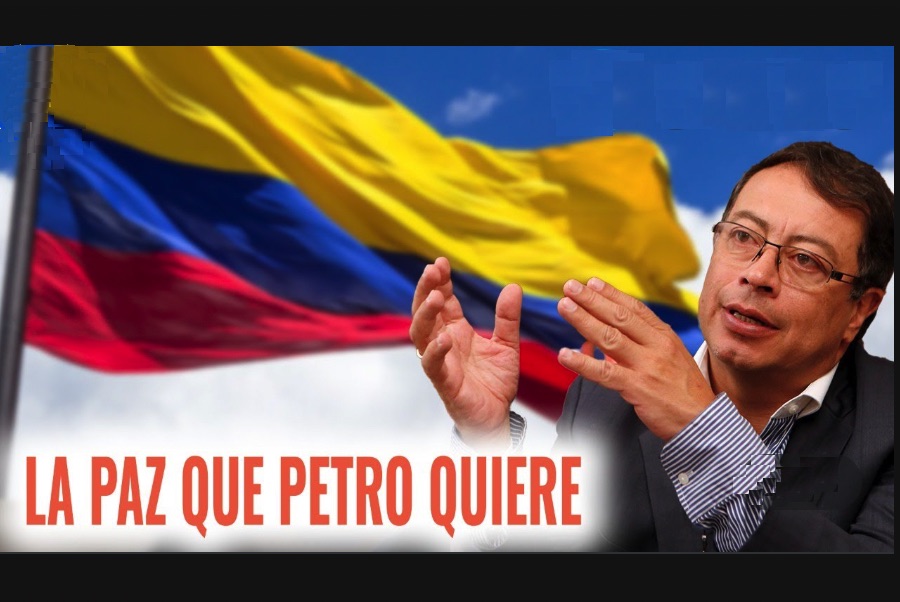 One of these issues that has been a priority for Petro is to end the conflict in Colombia. In addition to optimally implementing the peace agreement reached in 2016 with the former FARC-EP. guerrillas, he plans to resume talks with the ELN; even more so with the announcement made by the armed group on Monday, June 20.

In addition to this, another challenge for the Petro government will be, with a possible agreement reached with the National Liberation Army, to reduce the assassinations of social and environmental leaders, as well as the crimes against ex-combatants of the Farc and the massacres, because according to figures of the Institute of Studies for Development and Peace, from August 7, 2018 -the day Iván Duque was sworn in as president- to June 4, 930 leaders were assassinated and 261 massacres were perpetrated, resulting in 1,144 casualties.

What is the “Total Peace” policy promoted by the Historical Pact ?

Given the complex panorama that the country has faced in the last four years in terms of social and political violence, the government has considered implementing a “Pact for Total Peace” that includes not only the implementation of the existing agreement and the creation of others with other illegal armed agents, but it goes beyond the end of the conflict in the territories.

Another article that may interest you: Interview with Iván Cepeda about the meeting between Petro and Uribe: “I will be willing to contribute in anything”

As proposed by the Historical Pact, this proposal would also contemplate the search for consensus with different political sectors in order to eliminate polarization. This was aggravated during the last presidential campaign that gave the leftist candidate the victory. It also proposes to generate dialogues in the territories, for which it focuses on five key points where, in addition to bringing together various elements of the Peace Agreement with the former FARC, it adds others to overcome inequality and a resurgence of war, such as has happened since 2018.

The first strategy focuses on learning from the implementation of the agreement with the former guerrillas to design an ideal roadmap to achieve the “other half” of peace, by way of negotiations with the ELN guerrilla. In this sense, the Pact proposes to create citizen participation mechanisms to promote the construction of territorial peace. The second focuses on the combatants who did not join the process with the former guerrillas and decided to become part of residual armed groups, also called dissidents.

For them, the Pact proposes that legal guarantees be given to those who decide to avail themselves of the agreement, since it is worth mentioning that they could not enter transitional justice but would be subject to ordinary justice. In addition, restorative justice would come into play by promoting actions for their social and political reintegration.