In the patio of an evangelical youth group in the rough suburbs of Rio de Janeiro one recent weekday afternoon, 18-year-old Vitoria Rodrigues opened up her laptop and began to register young voters for Brazil’s upcoming elections.

A buzzing idealist and impressive orator, Rodrigues is part of an army of volunteers across Brazil who, in just a few short weeks, have registered hundreds of thousands of first-time voters. 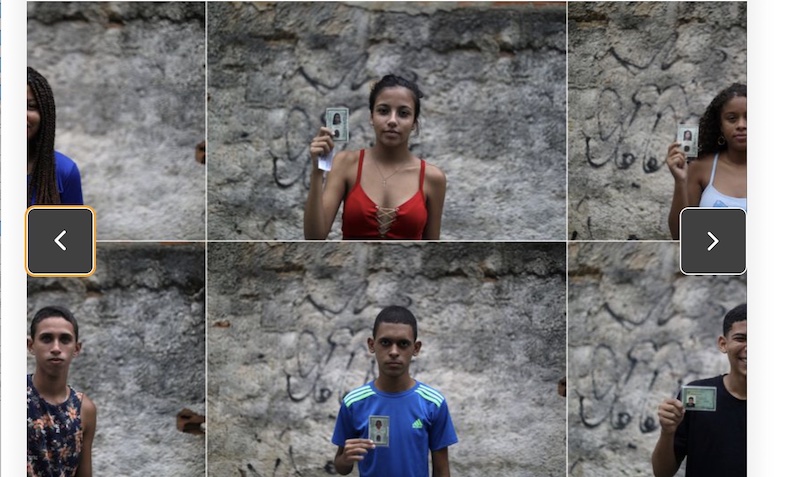 Their nationwide drive is taking aim at youth voter apathy – and may help to boost a slipping advantage for left-wing former President Luiz Inacio Lula da Silva as he seeks to unseat far-right President Jair Bolsonaro in October’s election.

“Nobody likes Bolsonaro,” said Evelyn Santana, 17, shortly after registering her details with Rodrigues. “Among my friends, most people are going to vote for (Lula). They want Bolsonaro gone.”

Polls show the trend holds up nationally. More than half of young people aged 15-24 prefer Lula, according to a survey by pollster Datafolha, while less than 25% of that age group back Bolsonaro.

However, the youth vote has lost some of its punch in recent decades as a deep economic slump and vitriolic public debate has left many young Brazilians tuning out of elections.

Voting is obligatory for Brazilian adults, but those aged 16 or 17 on Election Day have the option to vote if they register by a May 4 deadline.

To arrest that slump, volunteers like Rodrigues have fanned out across Brazil to sign up first-time voters.

The campaign, boosted by celebrity endorsements from pop singer Anitta and Hollywood actor Mark Ruffalo, has been a success. Nearly 450,000 15-to-18-year-olds registered to vote in March, up more than 25% on the number in February, according to the federal electoral court.

“I really think the youth vote will be super decisive,” said Rodrigues. “We have the power to change the destiny of the elections.”

Lucas de Aragao, a partner and political analyst at Arko Advice, was skeptical Brazil’s youngest voters could define the election, as they represent such a small sliver of the electorate. But with polls showing Lula’s lead over Bolsonaro narrowing, their importance is likely to grow.

“In a tight election, every vote counts,” he said.

Interviews with the 18 people Rodrigues registered to vote one afternoon in Sao Joao de Meriti, a rough commuter town on the outskirts of Rio, showed a strong edge for Lula.

Many were dead set against Bolsonaro, a conservative firebrand who appeals to an older, wealthier and whiter electorate than is found in Brazil’s poorer, blacker favelas. Some were angered by the president’s hands-off approach to the coronavirus pandemic, while others blamed him for a sharp rise in inflation hammering their families’ budgets.

Lula remains a divisive figure in Brazil, where many still recoil at corruption scandals that stained his Workers Party, including bribery charges that jailed him before they were annulled last year.

But in Brazil’s poor urban areas, where gang violence, shoddy infrastructure and corrupt local politics are rife, many overlook Lula’s checkered past, preferring to focus on his social programs that lifted millions out of poverty.

Older generations’ nostalgia for the boom times of the Lula years has outlived the graft scandals. As a result, some younger voters now see Lula, who first ran for president in 1989, as a symbol of political renewal.

“I don’t remember Lula’s government, but they told me it was good,” said Santana, citing his “Bolsa Familia” welfare package which helped sustain millions of families.

But support for Lula was not universal.

Tiffany Tainara de Oliveira, a part-time beautician who dreams of being a dentist, said she was in the minority among her friends and family who planned to vote for Bolsonaro. The 18-year-old said Lula’s progressive social policies, which include support of LGBTQ communities, as well as legalized abortion, made him popular among younger voters.

But she said voter apathy, rather than support for Lula, was her generation’s defining political characteristic.

“Young people today are very lost,” she said. “They don’t have any thoughts about the future of the country.”