An article from TRANSCEND Media service

“Peace Train” – Yusuf/Cat Stevens’ timeless anthem of hope and unity was originally released in 1971. This Song Around The World version features more than 25 musicians from 12 countries, and Cat Stevens singing and playing a beautiful white piano in a tranquil open air setting in Istanbul, Turkey. 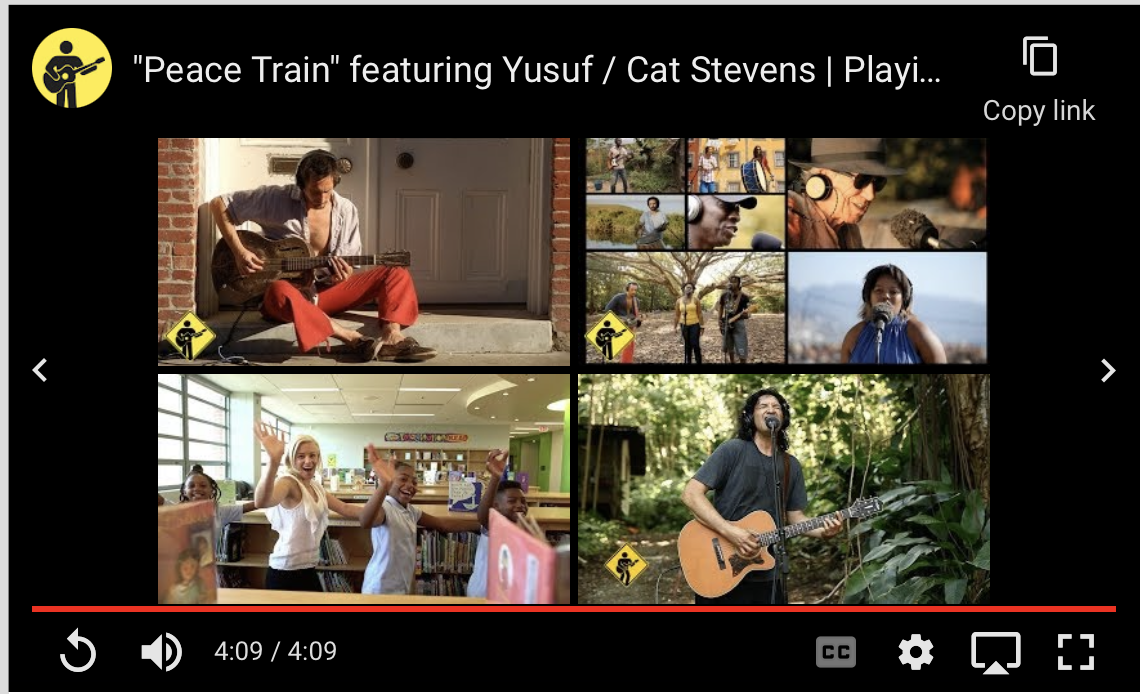 (Editor’s note: According to the Wikipedia article about Cat Stevens, he has publicly performed and/or recorded “Peace Train” on numerous occasions, including the first time in 1971 in the album “Teaser and the Firecat”, which reached number two and achieved gold record status within three weeks of its release in the United States

In October 2001, at the Concert for New York City, condemning the attacks of September he sang “Peace Train” for the first time in public in more than 20 years, as an a cappella version.

In 2003, he performed “peace train” in a compilation CD, which also included performances by David Bowie and Paul McCartney.

In December 2006, he performed “peace train” at the Nobel Peace Prize Concert in Oslo, Norway, in honour of the prize winners, Muhammad Yunus and Grameen Bank. 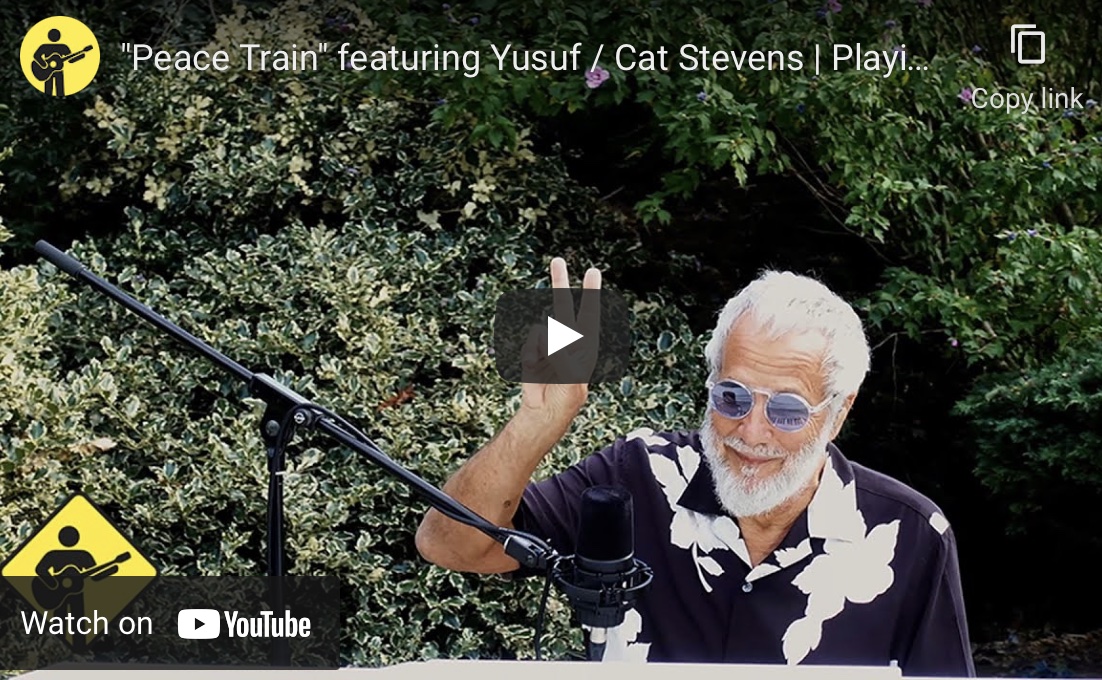 In April 2007, BBC broadcast a concert that included “peace train”, his first live performance in London in 28 years.

In July 2007, he performed at a concert in Bochum, Germany, in benefit of Archbishop Desmond Tutu’s Peace Centre in South Africa, including “peace train.”

In 2014, he was selected into the Rock and Roll Hall of fame and was inducted by Art Garfunkel at the Barclays Center in Brooklyn, New York, where he performed “Father and Son”, “Wild World”, and “Peace Train”.

In New Zealand on 29 March 2019, he performed “Peace Train” at the National Remembrance Service for victims of the Christchurch mosque shootings.

And finally in 2021, as shown above, he teamed up with Playing for Change to record a new version of Peace Train with over 25 musicians from 12 countries.)