(Editor’s note: On March 17 we wrote with regard to the war against Ukraine that “Russians are taking risks to express their opposition in the face of police action that is sometimes even ridiculous.” Here are some new examples taken from the April 11 blog of Sergey Aleksashenko .) 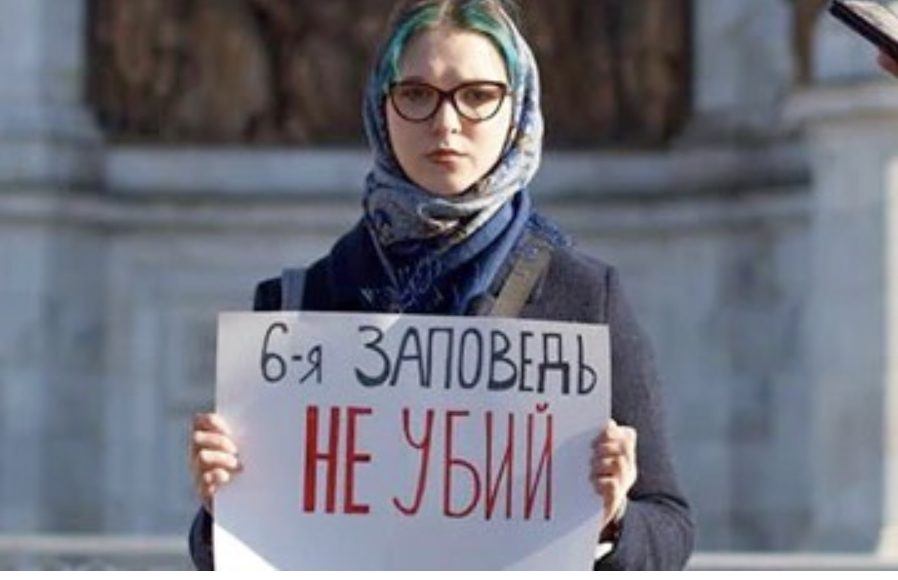 On March 15, the police detained Anastasia Parshkova, who had attended an anti-war picket gathering with a placard reading: “The Sixth Commandment. Thou shalt not kill.” (In the Orthodox Church, this is the Sixth, not the Fifth.) 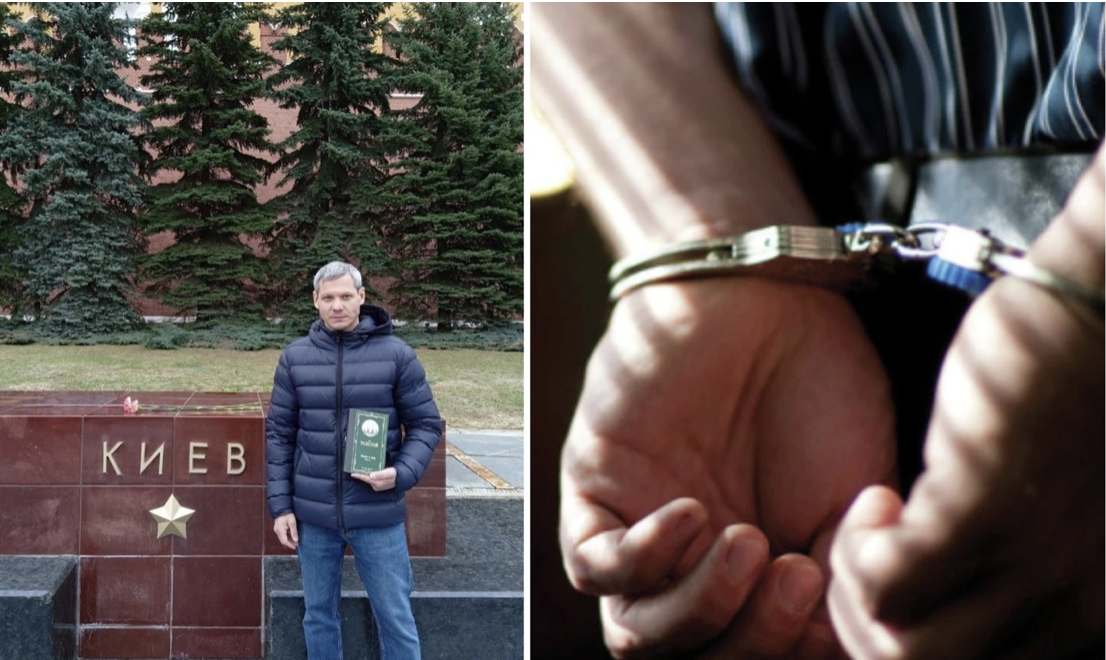 On April 10, the police detained Konstantin Goldman, who stood at the pedestal of the Hero-city of Kyiv in the Manezh Garden near the Kremlin, holding in his hands the book War and Peace by Leo Tolstoy. 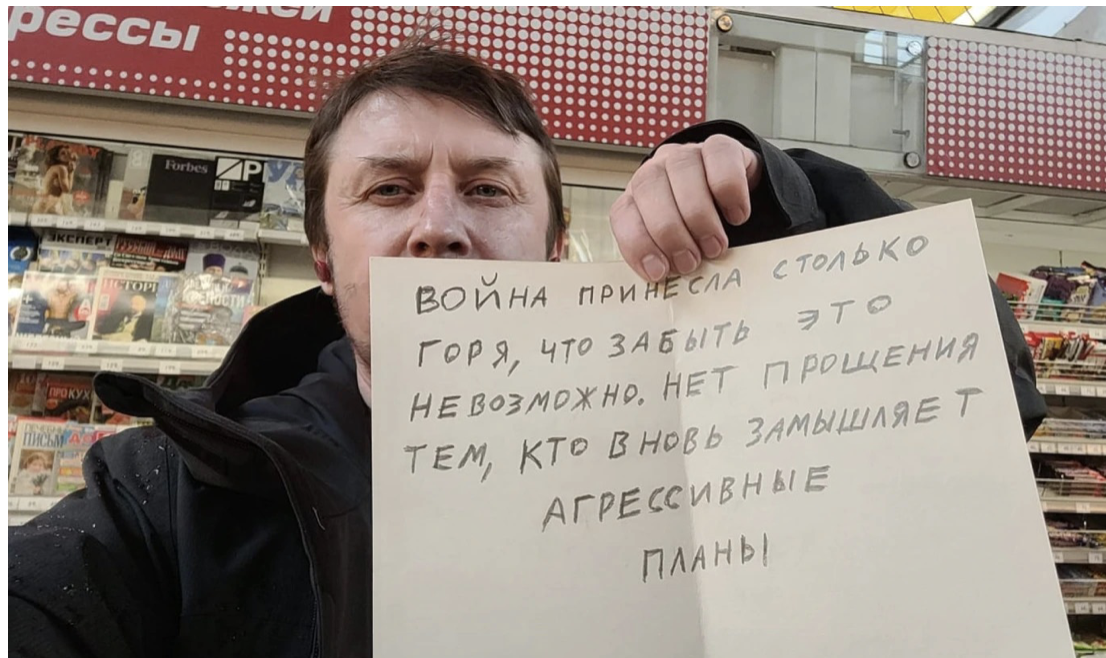 On April 9, a St. Petersburg court fined Artur Dmitriev 30,000 rubles (50% of the average Russian salary) based on the article “public actions aimed at discrediting the Russian military.” On April 7, Dmitriev had gone to an anti-war picket event holding an A4 sheet of paper with the following words: “The war brought so much grief that it is impossible to forget it. There is no forgiveness for those who once again plot aggressive plans.” The phrase for which Dmitriev was detained was said by the President of Russia on May 9, 2021, during the Victory Day parade on the Red Square.