In our cities, this military attack on Ukraine brings to the surface the family stories of the past century. It also has a particular resonance with the conflicts of today’s world, for the inhabitants of the first, second and third generation of immigrants who have fled wars and misery to offer their loved ones a better life on our continent. . 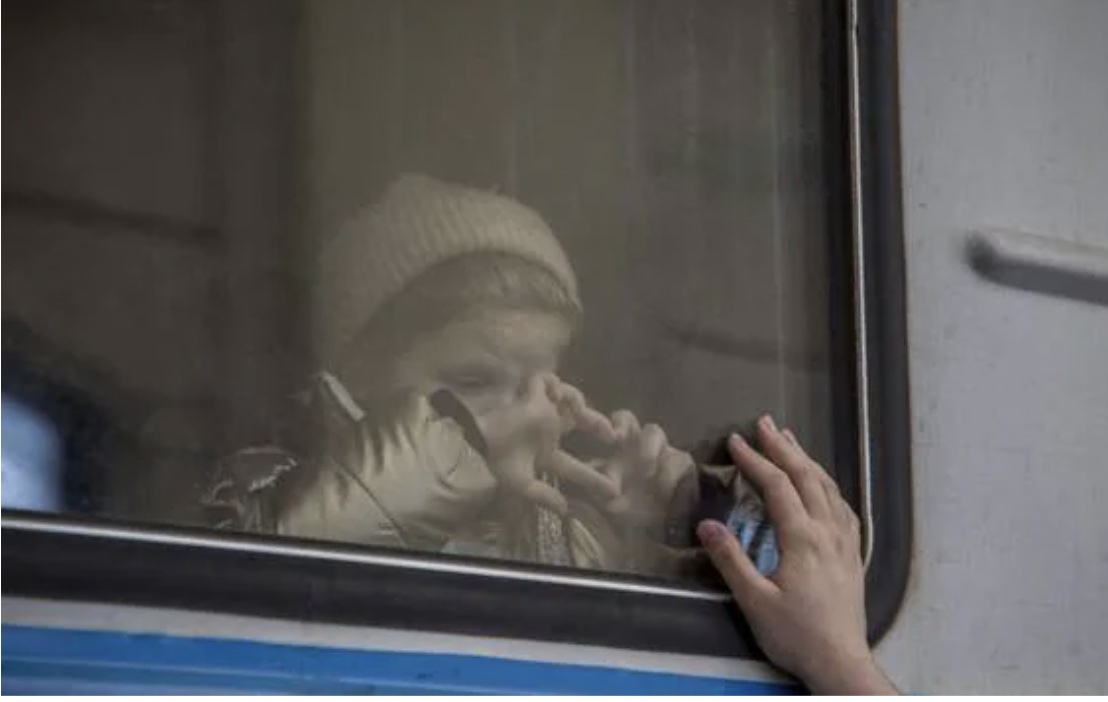 In kyiv, the departure of people fleeing Russian bombardments in Ukraine. | THE PICTORIUM/MAXPPP

On a daily basis, in the face of the war in Ukraine, cities are taking action!

On a daily basis, in the face of the war in Ukraine, cities are taking action! They organize and support the journey and reception of refugees, collection of donations, accommodation and schooling, literacy courses and professional integration.

Cities also work every day to anchor the values of peace, solidarity and mutual understanding in local public policies.

In 2010, during a Mayors for Peace conference, Ban Ki Moon, Secretary-General of the United Nations, stressed that “peace is built in towns and villages all over the world and not only in conference halls in New York or Geneva”.

Against all warmongers, war makers and military industry, the cities carry within them the powerful peaceful force of the peoples and their primary desire to stop all wars.

In our modern era, no city has ever declared war on another. The cities and their representatives of the people know too well the human cost of blood, weapons and tears!

From the day after the Second World War, the cities were, on the contrary, architects of peace with twinnings on each side of the Rhine.

This city diplomacy is very much alive thanks to the Mayors for Peace network, which has been alerting the world for decades to the nuclear risk, thanks to the association Cités Unies France, which unites municipalities in common objectives of union of Peace and Democracy, and thanks also to United Cities and Local Governments.

Alongside the imperative need to silence the arms, cities promote every day the values of dialogue. Diplomacy is, basically, long-term patience against the use of arms!

Bringing cities on the international stage

To build a better world, more than ever, we need to bring cities onto the international stage and give voice to peaceful municipalism and city diplomacy.

We, mayors, want to keep alive our twinning and cooperation for dialogue between peoples.

We, mayors, have a duty to build local strategies for a culture of peace with our fellow citizens.

We thus strongly reaffirm that everything must be done to find a diplomatic solution to this war and to all wars!