World Theatre Day (WTD) was created by the International Theatre Institute (ITI) and was celebrated for the first time on 27 March 1962, the date of the opening of the “Theatre of Nations” season in Paris. Ever since, each year on that date, World Theatre Day is celebrated on a global scale. 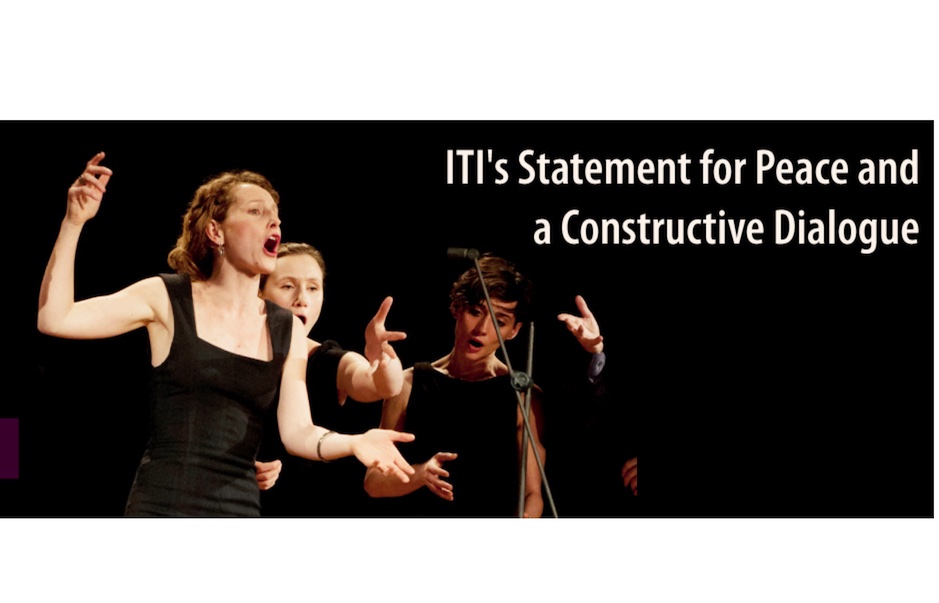 The goals of World Theatre Day, as with International Dance Day are

° To promote the art form across the world.

° To make people aware of the value of the art form.

° To enable the dance and theatre communities to promote their work on a broad scale so that opinion leaders are aware of the value of these forms and support them.

° To enjoy the art form for its own sake.

The theatre, How can it contribute to the culture of peace?

In 1948, with much of Europe and the wider world in ruins at the aftermath of World War II, it was the great cultural institutions of the time that pulled the civilization out of the mire. The ITI has been founded for using the performing arts for mutual understanding and peace.

Now, the world is upside again and the International Theatre Institute must stand again as a beacon of peace and unity for its members, the performing arts, and the world as a whole.

This letter sets forth the ITI’s stance on the ongoing conflict between Russia and Ukraine and the ensuing humanitarian crisis.

First, we wish all the members and friends of ITI, and the people who suffer, are safe. We ardently hope for a speedy ceasefire, and for the guns to fall silent. We wish that governments, the artists and the people are building up a respectful dialogue to solve the situation.

The Preamble to the Constitution of UNESCO declares that “since wars begin in the minds of men, it is in the minds of men that the defences of peace must be constructed.” Since its inception, ITI has followed this tenet of UNESCO,and uses education and culture to inform, inspire and engage people everywhere to foster understanding and respect for each other. Through the international exchange of knowledge and practice in the performing arts, ITI intends to deepen mutual understanding and increase creative cooperation between all people of the performing arts.

ITI is a global alliance of people from all ethnicities, nationalities, and religious backgrounds; the commitment to the humanitarian path must always be fostered. Our extension of friendship and cultural understanding through the performing arts is needed now, more than ever. We must double our efforts to make sure all are included in our alliance, regardless of the country they hail from.

In times of war and political upheaval, it is the people who suffer most. We must work to alleviate this. As such, ITI will never punish or exclude members based on the decisions of their government. Our purpose is to overcome divisions, and to keep the lines of communication wide open between all peoples of the world.

We stand for peace and freedom!!!