A press release from the Government of Malta

Malta is hosting the second edition of the World Forum for Culture of Peace “Leadership for Just Peace” under the auspices of President George Vella and the Abdulaziz Saud Albabtain Foundation. 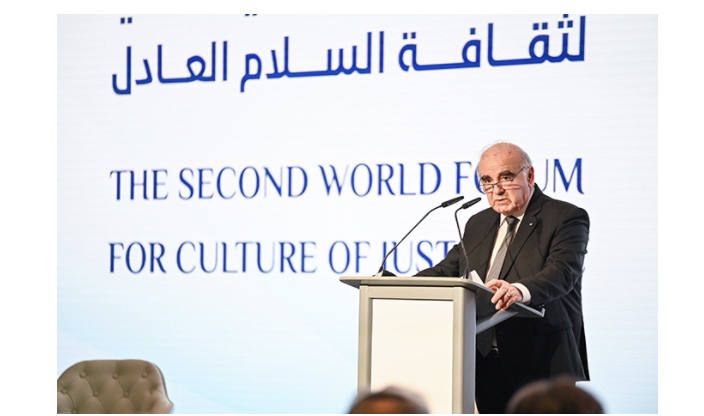 During the opening session, the President referred to the ongoing war in Ukraine and stated that the world is witnessing an atrocious attack on all notions of democracy, stability, sovereignty, and territorial integrity. In laying emphasis on the fact that the world is witnessing a complete disregard of agreements and international institutions, the President appealed for a quick ceasefire, a return to the negotiating table and to find diplomatic solutions. He stressed that the humanitarian tragedy unfolding in front of our eyes in Ukraine is unacceptable

The President said that we cannot achieve just peace if we still live in a world of inequalities, big or small, adding that passivism is also dangerous.

Among the areas that need to be tackled in order to have peace, President Vella mentioned the reinforcement of the role of women and girls in all aspects of life; the voice of young people; the respect of different beliefs; the attention to climate change; and controls on the distribution of small arms and light weapons.

The participants during the two-day forum aim at exploring and restoring institutional mechanisms, educational programmes, and tools for developing leadership competencies to achieve fair peace and sustainable stability for the people.

Abdul Aziz Saud Albabtain, Chairman of Abdulaziz Saud Albabtain Cultural Foundation, who is organising this forum, stated that just peace can be achieved with the participation of world leaders and institutions on international level.

The first session, chaired by President Vella, focused on the role of world leaders. It was addressed by the President of Albania, Ilir Meta, the President of the Republic of Kosovo, Vjosa Osmani, and the Former President of Croatia, Stjepan Mesić. They all accentuated the power of dialogue, and that peace cannot be taken for granted.