An article from Reporters Without Borders

Reporters Without Borders (RSF) supports the efforts of Russia’s independent journalists and media outlets to provide reliable news coverage despite the clampdown imposed by the Kremlin as a result of its war in Ukraine, which has increased the many obstacles they have already had to deal with. 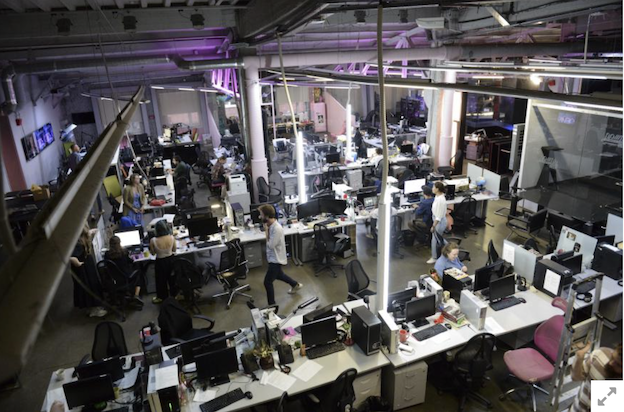 Russia’s media regulator, Roskomnadzor, has become a “Ministry of Truth,” as the independent Journalists and Media Workers Union courageously pointed out. The words “war,” “attack” and “invasion” are now banned  from the media. Only information from “official Russian sources” – the defence ministry – is now permitted. Information about military losses or troop moral had already been classified  since October. Any attempt to provide such coverage is liable to result in prosecution or inclusion on the “foreign agents” list.

“The information war is in full swing in Russia,” said Jeanne Cavelier, the head of RSF’s Eastern Europe and Central Asia desk. “President Vladimir Putin needs to put all the media on a battle footing in order to justify the invasion of Ukraine to Russian citizens by concealing the war’s victims. But the Pravda era is over. We support independent media outlets that are providing reliable news coverage in this very fraught context.”

Roskomnadzor has also initiated proceedings  against at least ten media outlets, including Radio Echo of Moscow, the popular news site Mediazona, Dozhd TV and the investigative newspaper Novaya Gazeta, for “disseminating false information.” Novaya Gazeta’s high profile editor, Nobel peace laureate Dmitry Muratov, posted a  video  calling for a major anti-war movement and published the newspaper’s 26 February issue in both Russian and Ukrainian in a show of solidarity. It was probably for posting his video – containing the word “war” – on its website that the trade magazine Journalist is also being prosecuted, although it later removed the video.

Roskomnadzor accused these media outlets of publishing “false information about the shelling of Ukrainian cities and the death of civilians in Ukraine as a result of the actions of the Russian Army, as well as content in which the ongoing operation is called an attack, invasion or a declaration of war.”

After receiving warnings from Roskomnadzor, other media outlets deleted content that was not to the Kremlin’s liking because they feared that their websites could be blocked or they could be fined up to 5 million roubles (more than 50,000 euros). This was the case with Prospekt Mira, an online media outlet based in the Siberian city of Krasnoyarsk, which had to take down an article referring to explosions in Ukrainian cities.

Social media have also been targeted. Internet access providers have restricted  access to Twitter, while Roskomnadzor has begun restricting access to Facebook, as announced  on 25 February, after Facebook decided to reduce search engine result links to certain state-owned and pro-government media outlets. Pavel Durov, the founder of the encrypted messaging service Telegram, said he was planning   to restrict access to his platform in Ukraine and Russia because of the uncontrolled spread of fake news on many Telegram channels, but he later retracted.

Journalists have been arrested over war-related reporting. Polina Ulanovskaya of the SotaVision website, and at least three other reporters from local news sites – 93.ru’s Valeria Dulskaya and Yuga.ru’s Valeria Kirsanova and Nikita Zyrianov – were summarily arrested while covering an anti-war demonstration in the southwestern city Krasnodar on 27 February. They were released  in the evening.

Three reporters with RFE/RL’s Russian service Radio Svoboda – Ivan Voronin, Artyom Radygin and Nikita Tatarskiy – were arrested while covering an anti-war protest in Moscow on 24 February, and spent six hours in a police station  before being released without charge when their lawyers intervened.

Novaya Gazeta journalists Ilya Azar and Ivan Zhilin, and two Radio Svoboda journalists, reporter Sergei Khazov-Kassia and cameraman Andrei Kiselev, spent more than two hours in a police station   on 26 February after being arrested while preparing to cover an anti-war protest in Belgorod, a city near the Ukrainian border.

When the two Novaya Gazeta journalists entered a hospital with a view to interviewing injured people who had been taken there, a guard asked them to leave, they reported in a story   published the same day. “Yesterday, a journalist from Belsat [a Belarusian exile TV channel based in Poland] was manhandled in this hospital and was forced to delete all of her photos,” they reported, added that “she says she saw more than we did.”

As leading victims of the government clampdown, journalists have also protested, despite the risks. Some have been arrested while standing on their own with a sign criticising censorship – the only permitted form of protest. Pressure has been placed on others. For example, Elena Chernenko, the head of the business daily Kommersant’s foreign desk, was excluded from the pool of Kremlin-accredited reporters for publishing an open letter opposing the war that was signed by more than 300 journalists.

The state media are meanwhile moving into battle. The Rossiya 1 TV channel decided on 27 February to grant much more airtime to shows carrying government propaganda, such as the talk-show presented by Vladimir Soloviev, a star TV host who is the target of international sanctions . “In Russia, Russian officials and journalists should be purged if they don’t support Putin,” he said during his show  on 24 February.