An article by CPNN based on multiple sources as indicated

According to one source, peace activist Willi van Oyen, who was one of the initiators of the call, said: “We spontaneously developed the call with active friends from the peace movement because we believe that a clear statement in the current situation will help us to move forward”. According to another source,  Willi van Oyen is co-organizer of the Easter Marches for 50 years and parliamentary group leader of the Left Party in the Hessian state parliament. 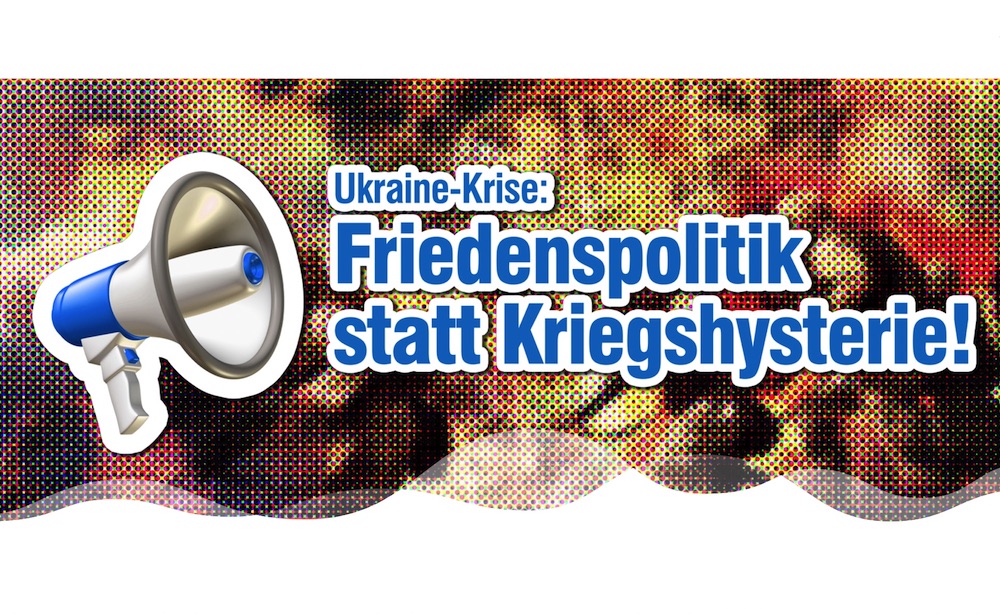 The petition is published along with the first two hundred signatories on the website of Nie wieder krieg which translates as “Never again war.”

Here is the petition as translated from the German by the Chrome browser.

The Ukraine crisis has escalated into a serious threat to peace in Europe.

A one-sided blaming of Russia, as practiced by some Western governments and in the major media, is unjustified  and is increasingly taking on the character of war propaganda.

Despite military maneuvers near Ukraine , Russia has no interest in a war that would have catastrophic consequences for all sides. A similar number of soldiers are on the Ukrainian side and are threatening areas in eastern Ukraine controlled by pro-Russian rebels. In view of the tense situation, there is a risk that a provocation will trigger sparks that will explode the powder keg, even if there are no intentions of war.

It is in Moscow’s legitimate security interest that By unanimous UN Security Council decision, Minsk II also has binding international law status . However, the implementation is mainly blocked by Ukraine. Sanctions will not change anything in the conflict. They are pointlessly damaging both Russia and other European countries.

Forces fueling tensions with aggressive nationalism and revanchism must be pushed back on all sides.

Propaganda wars, saber rattling, sanctions and rearmament must stop. Instead, we need de-escalation and diplomacy. All the more so as the global threat of climate and environmental disasters can only be averted through international cooperation.

– Concrete steps to de-escalate, no military supplies to Kiev,

– No more war rhetoric, confrontational politics and sanctions against Russia;

– Active advocacy for the implementation of the Minsk II agreement, which is binding under international law ;

– Negotiations with Russia based on a clear commitment to detente and the principle of common security;