The flow of disturbing information about a possible Russian invasion of Ukraine is intensifying. There are reports of intensive recruitment of mercenaries in Russia and the transfer of fuel and military equipment to the territory of the Donetsk and Lugansk regions of Ukraine. In response, Ukraine is intensively arming, NATO is sending additional forces to Eastern Europe. The tension does not subside, but on the contrary, it only grows. 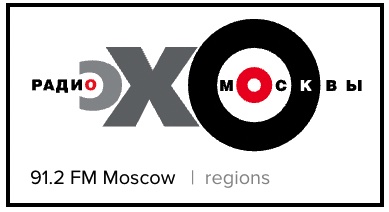 In fact the citizens of Russia are becoming hostages of the criminal adventurism of Russian foreign policy.  They not only live in uncertainty if a big war will begin, but also observe a sharp rise in prices and a fall in the value of the national currency. Do we need such a policy in Russia? Do we want war, and are we ready to bear its burden? Did we give the authorities the right to play such a game with our destinies?

But no one asks the citizens of Russia. There is no public discussion. Only one point of view is presented on state television, and that is the point of view of the supporters of the war.  We hear about military threats and aggression concerning Ukraine by America and Western countries. But the most dangerous thing is that war is being presented as an acceptable and inevitable course of events. People are trying to deceive, corrupt, impose on us the idea of a holy war with the West instead of developing our country and raising our standard of living. The question is not discussed, but it is ordinary people who will have to pay this price – a huge and bloody price.

We, responsible citizens of Russia and patriots of our country, appeal to the political leadership of Russia, and we issue an open and public challenge to the War Party, which has been formed within the government.

We express the point of view of that part of Russian society that hates war and considers even the use of a military threat and criminal style in foreign policy rhetoric to be a crime.

We hate war, while you think it is acceptable. We stand up for peace and prosperity for all citizens of Russia, while you put ourr lives and destinies on the line in your political game. You are deceiving and using people, and we are telling them the truth. We are speaking on behalf of Russia, and not you, because the peoples of Russia, having lost millions of people in the wars of the past, for many decades live by the proverb “let there not be war.” Have you forgotten about it?

Our position is extremely simple: Russia does not need a war with Ukraine and the West. Nobody threatens us, nobody attacks us. A policy based on promoting the idea of such a war is immoral, irresponsible and criminal, and should not be carried out on behalf of the peoples of Russia. Such a war can have neither legitimate nor moral goals. The diplomacy of the country should take any other position than the categorical rejection of such a war.

War does not correspond to the interests of Russia, and it poses a threat to our very existence. The insane actions of the political leadership of the country, pushing us to this point, will inevitably lead to the formation of a mass anti-war movement in Russia. Each of us naturally becomes a part of it.

We will do everything possible to prevent, and if necessary, stop the war.

* These signatories are recognized by the Russian government as “foreign agents.”