Did you know that ubuntu is much more than free software? Even more: the name of the famous system, like so many other things, like the human being itself, has its roots in Africa.

The growing war conflicts associated with globalization constitute a problem of maximum relevance in Africa. Along with the direct consequences of badly done decolonizations, new and old forms of conflict turn many parts of the continent into recurrent scenes of wars and massacres, words that also tend to occupy the usual news and contribute, once again, to the disastrous stereotype of inherently troubled and violent, backward non-modern, inexplicably “primitive” Africa. 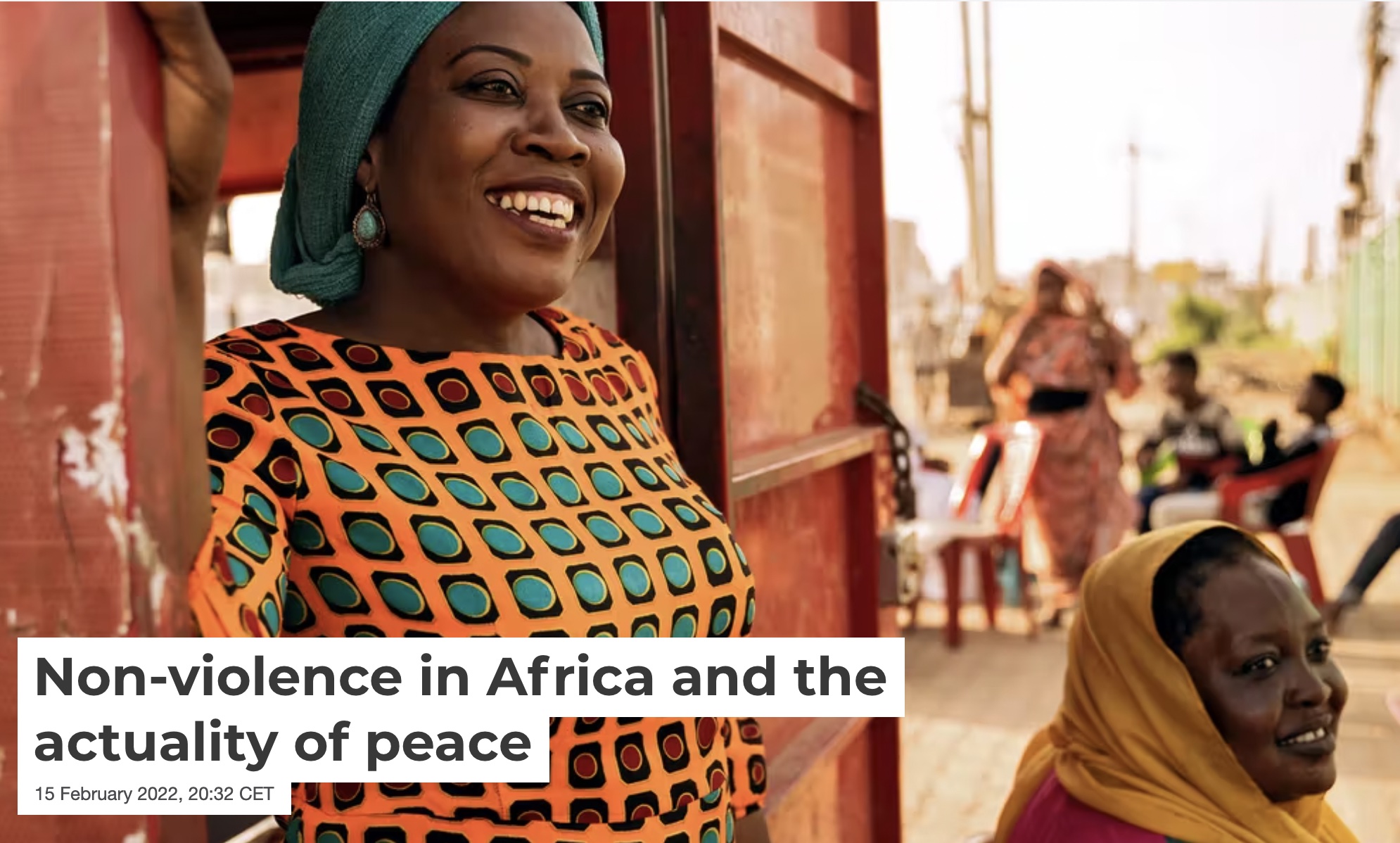 Portrait of Sudanese women that is part of the exhibition ‘In Their Hands: Women Taking Charge of Peace’. UN Women / Flickr , CC BY-NC-ND

This reflection proposes to distance ourselves from the above and starting as a theoretical framework of studies on peace, to bring up African experiences that show their great dynamism in precisely the opposite of the various forms of violence: the broad and necessary field of peace. conflict resolution that heal deep social and human wounds through non-violence.

The culture of peace in Africa

The “International Day of Peace” (on September 21 since 2001, although recognized since 1981) and the “International Day of Non-Violence” (since 2007, on October 2, on the anniversary of the birth of Mahatma Gandhi) are two different days. Two different things? Is it just a matter of purely dialectical interest that “non-violence” and “peace” are two different concepts – although obviously very related and converging–? Does it matter only to the social scientists, in their intellectua dens – remote and often useless –, or does the United Nations also care, means that it generates a social relevance and that it can matter to ordinary people?

The specific concept of “non-violence” refers to a whole field of studies, applications and interventions on what we now call “culture of peace”, as a necessary perspective to work on alternative ways of resolving conflicts in the globalized world.

On the other hand, speaking of non-violence in Africa means drawing attention to precisely what is often concealed in the most generalized public discourse on the continent: its potential for peaceful conflict resolution anchored in numerous traditions, values ​​and social practices. Let us examine this, instead of its alleged (oft-reported) violent potential.

Thus, we find many traditional African practices that serve for peace, thus distancing ourselves from the old dichotomy between tradition and contemporaneity. As much as many of these values ​​or practices have traditional roots, the fact is that they constitute a reality today.

Can we learn from the conflict resolution methods of pre-colonial Africa?

In recent decades, the examples of reconciling justice (not punitive) after South African apartheid and after the Rwandan genocide (with the gacaca transitional justice) have become essential paradigms. We will focus here only on the first.

Fast forward to April 15, 1996, the day the South African Truth and Reconciliation Commission began the first public hearings on human rights violations committed during the apartheid era. Its main goal was to foster national unity and reconciliation, or what the South African people call ubuntu. As Mandela stated: “Let us build a national unity. We may not be able to forget, but we can forgive.” In order to instill that spirit, the South African people agreed to look into the past, because in order to look forward they had to know what came before.

The Commission devoted itself to examining the crimes committed over a period of thirty-three years with three primary objectives: to investigate the crimes, to offer compensation to some of the victims, and to grant amnesty to some of the offenders in exchange for truthful confessions. The process gave priority to rehabilitation, that is, it encouraged the community to welcome those who returned to it after confessing their crimes and showing remorse. This was a pure expression of the ubuntu spirit, which takes into account the totality of the humanity of the persons and their relationship with the community, instead of considering only the acts of transgression of the law committed by the individual.

The ubuntu justice constitutes an outstanding example of so many African cultural heritages that should be considered for their enormous potential for a culture of peace and non-violence, for their possibilities in terms of resilience and social cohesion; African practices and epistemologies that can constitute alternatives of non-violent citizen construction, of great democratic quality.

Ubuntu is surely one of the most paradigmatic examples, even cinematographic, of the matter that concerns us here. However, we could cite so many other practices of non-violence, in the African past and present, that would equally inspire us: the classical Sufi pacifist orientation at the origins of the Muriddiya tariqa in French-colonized Senegal, the Anuak Council of Justice in Gambella (Ethiopia), the ecofeminist movement of the “tree woman” Wangari Muta Maathai in Kenya or even the Senegalese movement Y’en a Marre, created in 2011 by Senegalese rappers and journalists, as non-violent examples of citizen intervention with great transformative power in politics.

In this reflection I distance myself, once again, from the diffusion of the infamous Africa shown by the media, violent and conflictive, devoid of its own resources to solve problems that are often externally generated by international competition.

How many other “Africas” are there that the media does not deal with at all, because good news is not news, it does not sell newspapers or, put more academically, socially adaptive and sustainable strategies do not represent an attraction for the mass media.

Without ever renouncing the necessary denunciation of the deep evils that the black continent is seeing aggravated by globalization, let us also in the West draw on its vast potentials and practices to inspire us in non-violent, just and equitable alternatives for collective life in the contemporary world.

Despite what the media tries to tell us, peace is in fashion in Africa and, luckily, it also has powerful traditions behind it that endorse, reinvent and vindicate it.

Ester Masso Guijarro is Professor of Moral Philosophy and member of the FiloLab is Unit of Excellence, University of Granada