The collective of public and private media of Dosso organized, on Saturday February 05, a mega concert for the culture of peace and social cohesion in Niger and particularly in Dosso. 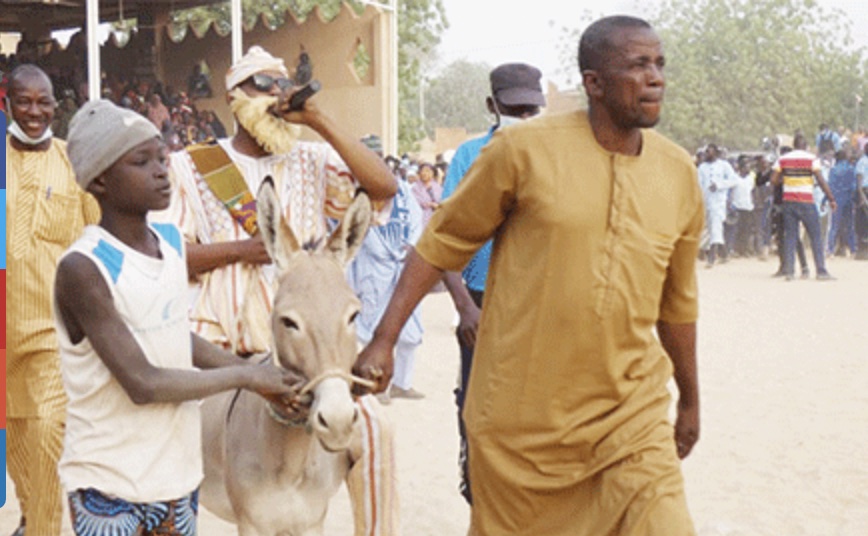 The concert was animated by several local artists. To give this event a special cachet, the public and private press collective of Dosso called on the humorist artist, ambassador of peace in Africa, torchbearer of the joking relationship, Adoulaye Segda, better known by his artist name Djingri Lompo and the king of the arenas, holder of the national saber Kadri Abdou dit Issaka Issaka.

(Editor’s note: The joking relationship is an ancient pre-colonial peacemaking tradition in this part of Africa.)

At the call of these two giants of culture and sport in Niger, the Salma Dan Rani wrestling arena which hosted the demonstrations was sold out. Already at noon, the arena was packed, Dosso was emptied of its population in favor of the arena: no one wants to be told about the thrilling fight between the ambassador of peace and the king of the arenas because Djingri Lompo was declared the winner even before the start of the competition.

After a fatiyah followed by the performance of the national anthem of Niger, local artists from Dosso presented their performances. The long-awaited moment was the entry into the arena of the ambassador of peace Djingri Lompo on the back of a donkey to the loud applause of the youth who consider him their idol: security struggled to contain the public.

The ceremony was enhanced by the presence of administrative authorities, regional executives and many guests.

Delivering his speech on this occasion, the president of the collective of the public and private press, Mr. Moussa Hamani thanked the population of Dosso for “this great mobilization which demonstrates its deep attachment to peace and social cohesion, virtues dear to our country and to the Dosso region in particular”.

Mr. Moussa Hamani, in passing, recalled the main vocation of the press which is to make “the visibility of the actions and facts of our society”.

But, today, he said, “the press has decided to show the world that it is multidimensional, capable of making its own visibility”. Mr. Moussa Hamani specified that “it is the collective of the public and private press of the Dosso region which sets the example through this life-size concert on a sensitive subject, a universal subject, namely peace and social cohesion in our country.”

“This modest but noble action aims, among other things, to support the many efforts of the Nigerien authorities in the promotion and consolidation of peace.”

Mr. Moussa Hamani paid a vibrant tribute to the “defense and security forces who sacrifice themselves night and day to ensure our peace of mind and may God welcome into his eternal paradise all those who have fallen on the fields of honor.”

“Because peace is priceless and unity is strength”, the president of the collective of the public and private press of Dosso invited the populations to “unite, to form a single block to block the road to malevolent spirits likely to disturb the peace in our country”.

“We must also, he said, cultivate and perpetuate the joking relationship, this richness of our cultural heritage which conveys union, mutual aid, cohesion and peace”.

The president of the public and private press collective of the Dosso region thanked Djingri Lompo and Issaka Issaka, these two ambassadors of peace and social cohesion who have sown joy in the hearts of Dossol residents and Nigeriens as a whole as well as local artists who have demonstrated their commitment to peace in Niger.

Mr. Moussa Hamani also addressed to the administrative and customary authorities, the high personalities, the regional executives, the partners and other goodwill, as well as the schoolchildren the recognitions of the organizing committee for their support having made the success of the show.