Excerpts from the Action Programme 2021-2023 : Young People Committed to the Pan-African Movement for a Culture of Peace and Non-Violence

As described previously in CPNN, the 2021 Biennale of Luanda was organized in a new and unique format with an Intergenerational Dialogue by which youth from Africa and the Diaspora debate with Ministers of Youth and Culture on the importance of cultural and heritage diversity of Africa and its Diasporas to promote the culture of peace in the continent. 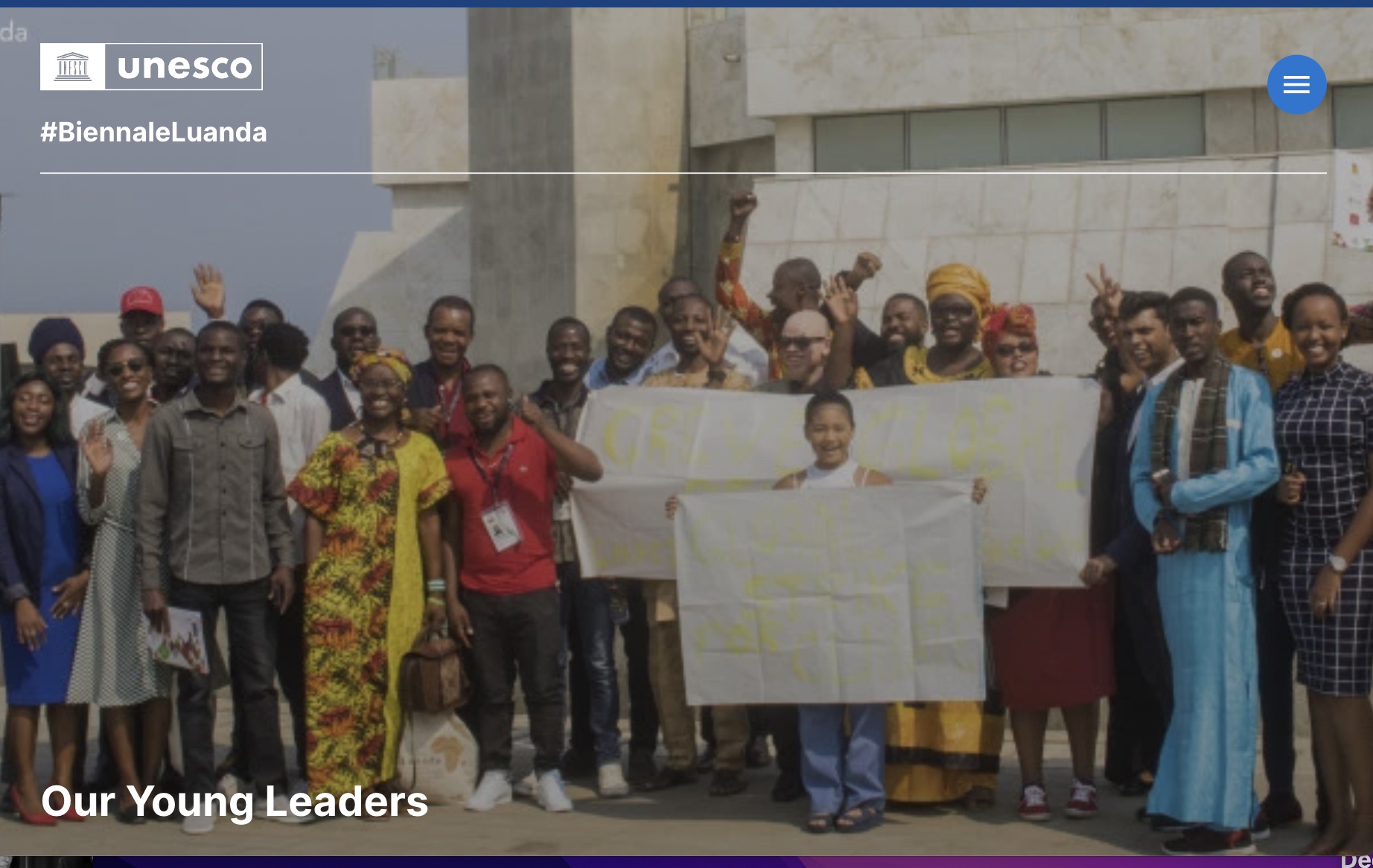 We now have a more detailed description of how that was accomplished and its potential for the future of the culture of peace in Africa.

The preparations were initiated with the creation, on 7 June 2021, of an ad hoc Youth Committee.

The said committee had the mission to contribute, in general, to the preparations of the second edition of the Luanda Biennial, and in particular, by participating in the organisation of the Intergenerational Dialogue and precisely (i) by having organised and implemented the selection of the 118 young people and their online participation not only in the Dialogue, but also to the different thematic and good practice forums on the agenda of the Biennial, to the partnership sessions and (ii) by contributing, with the support of their respective organisations and networks in their countries, to the mobilisation and online participation of other young people as well.

The ad hoc youth committee was composed of 14 young people from 12 African countries and was supported by another 04 young people who, based on their proven experience and membership of well-established youth organisations and networks, have contributed and are contributing to the mobilisation and engagement of their peers before, during and after the second edition of the Biennale.

The 118 young people who were selected are nationals of 49 African countries and 14 countries of the Diaspora. Of these selected young people, 10 have been selected to participate in the Biennale’s activities in person and, as such, to be the spokespersons for all the others. . . .

The work of the young people, following the Intergenerational Dialogue, the Thematic Forums and the partnership sessions, led to the adoption of positioning statements that will provide the framework for designing, implementing and contributing to joint projects. . . .

1. We commit to support and encourage the promotion and preservation of African arts and cultural heritage in participating countries, through the use of social media and all other possible avenues.

2. Inspired by the legacy of Kofi Annan that “Without progress there is no peace and without peace there is no progress”, we commit to using education and youth empowerment as vehicles to promote a culture of peace and non-violence and to ensure the sustainable development of Africa in order to build a bridge in conflict prevention through transformative socio-economic practices.

3. We commit to advocate, in our countries, for the inclusion of vulnerable young people living with disabilities and marginalized, the harmonization of the lifestyle of new generations with the principles of endogenous values of living together, the promotion and vulgarization of all relevant international normative instruments relating to women’s rights.

4. We commit to contribute to the strengthening of governance, protection and sustainable management of the oceans in developing and underdeveloped countries, as well as in small islands, in order to ensure an equitable distribution and sharing of ocean resources, based on popular awareness and education programmes, state-of-the-art scientific research policies. . . .

. . . To contribute to the overall objective of the Luanda Biennale to strengthen the Pan-African Movement for a Culture of Peace and Non-Violence . . .

I. (We) commit and call on youth-led and youth-focused organisations, networks and initiatives to work together to:

– Form youth-led, multi-level pan-African movements for a culture of peace, from the local to the international level, by encouraging networking, complementary and joint collaboration and knowledge sharing between organisations.

– Promote the creation and expansion of existing environments and spaces where Pan-African youth can live and embrace their diverse cultural heritages, thereby contributing to building and strengthening a transformative Pan-African outlook.

– Facilitate and enhance knowledge sharing, interaction and cooperation between institutions (especially universities/higher education institutions), governments and youth-led organisations based in Africa and elsewhere towards the realisation of regional and global agendas for peace, non-violence and sustainability in the 6 regions of Africa.

II. Engage potential partners and stakeholders to work together to

– Advocate for the accountability, continued commitment and involvement of civil society, governments and the private sector in maintaining and supporting good practice in the 5 main regions of the continent and its diaspora.

– Establish a permanent youth platform that strengthens intercultural and inter-religious dialogue between young people from the six African regions and contributes to the entrenchment of peaceful co-existence and common citizenship.

– Strengthen the capacity of Pan-African youth to promote the culture of peace, identify and support youth initiatives and best practices that work towards the sustainable implementation, individually and collectively, of the concepts of the culture of peace, raise awareness on the importance of promoting a culture of peace and mutual respect in the six African regions.

2) Continue to develop concrete projects and initiatives at local, national and international level to implement the 2021-2023 roadmap.

As part of their contribution to the Roadmap 2021-2023, young people also commit themselves to implementing, through concrete projects and activities, the “African Youth Pledge for the Culture of Peace”, adopted at the end of the Youth Forum, organised at the 1st edition of the Luanda Biennale (2019), under the general theme “Youth and Culture of Peace”.

This commitment, which lists twelve (12) commitments whose implementation (in the short, medium and long term) has been placed under the coordination of the Pan-African Youth Network for the Culture of Peace (PAYNCOP), with the support of UNESCO and the AU.

In addition, the youth would like the following projects to be included in the Roadmap

1) The holding of an “International Conference on the role of youth in culture, as a lever for living together and a factor of economic empowerment of young people”;

2) the creation of a “Pan-African Platform for Intergenerational and Interfaith Cultural Dialogue for the Mutual Knowledge of Peoples and Cultures”.