The Biennale brought together a rich selection of films and shows. Here is a listing of those on the themes of the culture of peace in Africa and the diaspora where links are available to the full production. 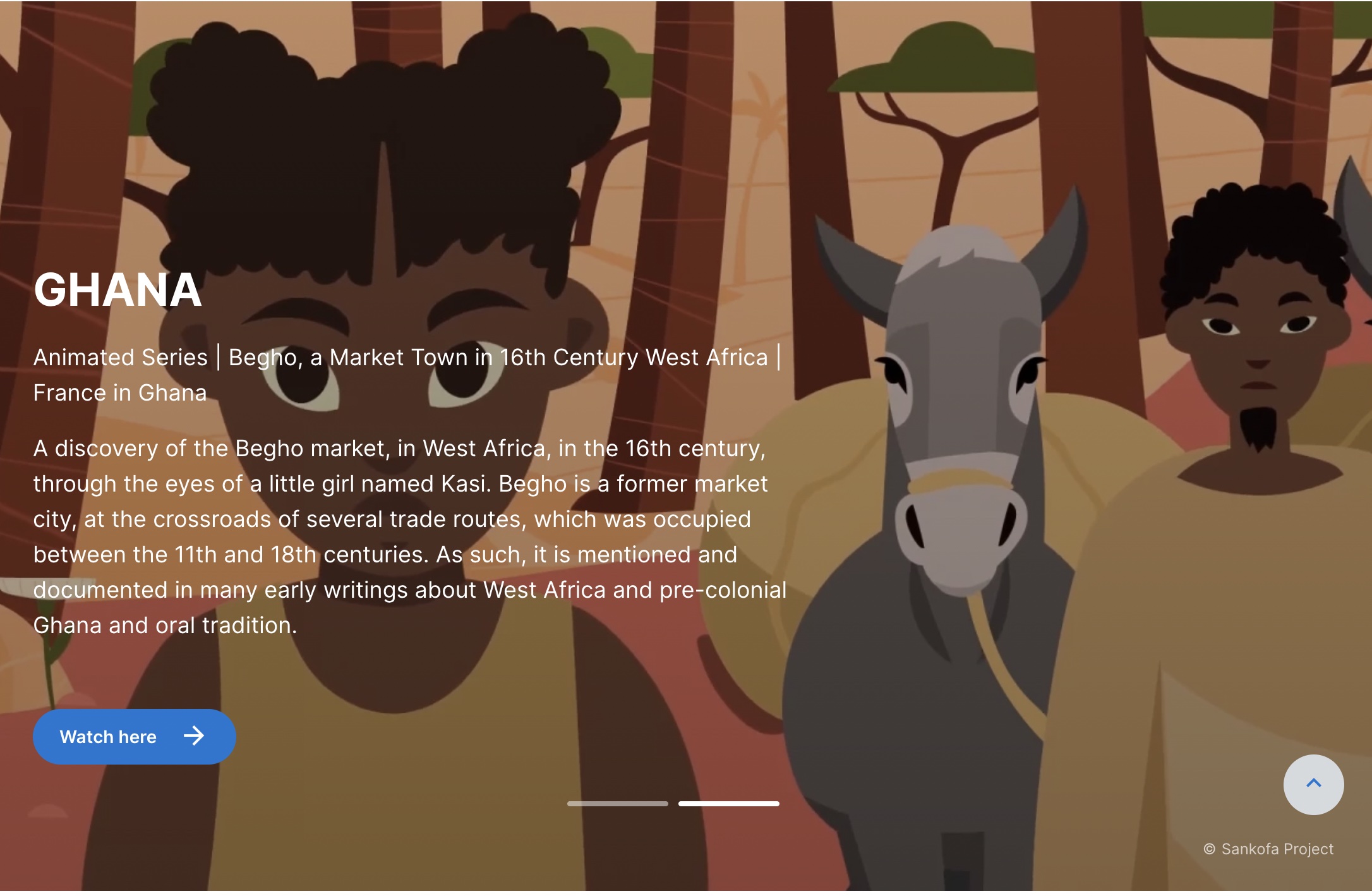 BRAZIL “The Slave Route – The Soul of Resistance” | UNESCO

In this film, the history of the trade in human beings is told through the voices of slaves, but also of slave masters and slave traders. Each one tells his or her experience: from the deportation of men and women to the plantations to the daily work and the abolition movements. Watch here

The tabanca is a sociocultural organisation, of a mutualistic nature and a ritualised, syncretic manifestation, subordinated to a patron saint, manifested essentially on the islands of Maio and Santiago in Cape Verde. Watch here

A discovery of the Begho market, in West Africa in the 16th centruy, through the eyes of a little girl named Kasi . . .Watch here

The perfect collaboration among some influential public figures to make a touristic video that showcases the most beautiful places in Haiti and to encourage tourists to visit and travel to Haiti. “This is Haiti”…They all have a common purpose which is to promote the hidden beauty of Haiti; the side that most medias don’t emphasize on. Watch here

The documentary was filmed by the Namibian Broadcasting Corporation (NBC) for Namibian Heritage Week 2020 and discusses the importance of heritage and culture in relation to tourism, sustainability, and the impact of the COVID-19 pandemic on the sector. Watch here

Six black friends from different places on the outskirts of Lisbon – Poreto Brandão and Cacém – decide to travel to Centro Cultural de Belém to watch a show. . . A reflection on the centre and the periphery, blacks and whites, racism and inclusion. Watch here

The seven World Heritage sites in Senegal as seen through the eyes of talented Senegalese filmmaker, Layepro. Watch here

In 2010 Martha Nabwire and Niki Tsappos took part in the biggest international Street Dance Competition, Juste Debout in Paris. It was the first time ever two women became World Champions in Hip Hop. This film depicts their love of dance, each other and about friendship put to the test. About desires, yearning and finding the right path in life. Watch here

Gender based violence experiences of women and girls with disabilities in Zimbabwe. Watch here

“Tango has its ‘mother’ in the Milonga, music with African roots which arrived in Rio de La Platza along with slaves shipped to the port of Buenos Aires” (Julian Graciano). Watch here

To commemorate the International Day for Women of African Descent (25 July 2021), the Ministry of Culture of Argentina created Así soy, mujer afro: a video-dance to disseminate and recognize the struggles ofhttps://www.youtube.com/watch?v=NLdvSC5sFTI Afro women and reflect on the construction of a more inclusive society . . . Watch here

Yoruba Andabo – a remarkable Cuban musical group formed in 1961 that enjoys great prestige inside and outside Cuba. A true example of the authentiity and versatility needed to take on folk and popular traditions, always representing the great diversity of the Cuban essence. Watch here

Show performed on October 5, 2021, as part of the launch of the Biennale of Luanda . . . a repertoire that combines Jazz with Portuguese intervention music and Angolan popular music. Watch here

Shared Stories deals with experiences on the topics of war, genocide, diaspora and home ij relation to the conflicts in Bosnia-Herzegovina and Rwanda in the 1990’s. Watch here