The 2nd edition of the Biennale of Luanda was held in an innovative hybrid format, combining face-to-face and virtual events. Over 4 days, the event gathered high-level participants from governments, international institutions, the private sector, the artistic and scientific communities, and many more. 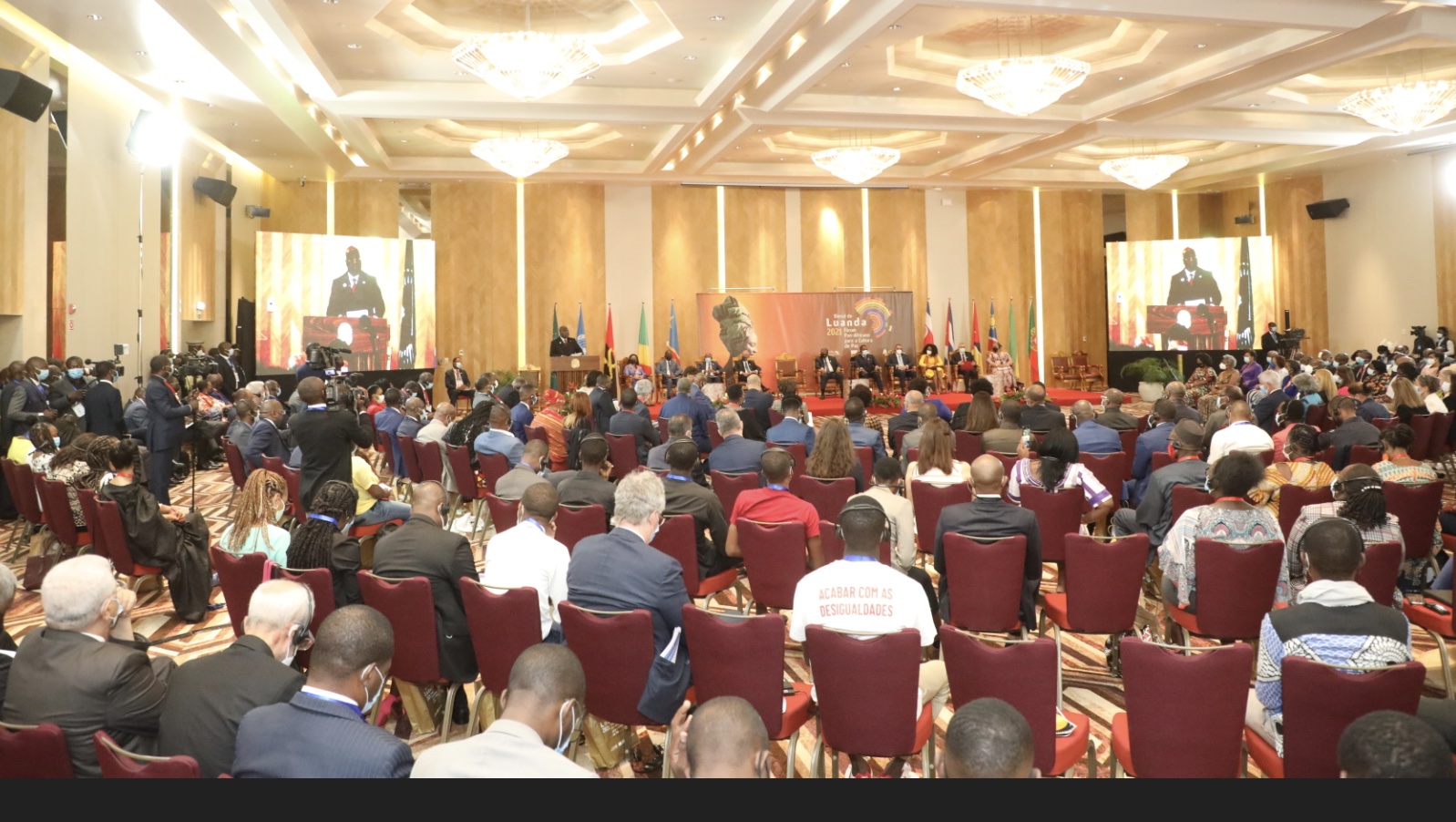 The Presidents of Angola, Congo, the Democratic Republic of the Congo, Sao Tome and Principe and Portugal, the Vice-Presidents of Namibia and Costa Rica took part in the Opening Ceremony along with UNESCO DDG, the Special Representative of the UN Secretary-General to the African Union and AU Commissioner for Commissioner for Agriculture, Rural Development, Blue Economy and Sustainable Environment.

There were 180 participants in the opening ceremony acting as speakers, moderators, session chairs including senior officials from the African Union, UNESCO, ICESCO, the Regional Economic Commissions (RECs), technical and financial partners as well as representatives of the United Nations system from over 60 countries. 120 Young Leaders participated from all African countries and representatives of the Diaspora, of which 9 were present in Luanda and the others virtually.

Other participants included 65 partners from institutions, civil society, the private sector, academic institutions and international organisations in Africa and its Diaspora, and other regions of the world and 20 personalities and artists committed to the Culture of Peace, from different continents.

The Biennale featured a Festival of Cultures with 44 countries represented in Virtual Pavilions showcasing rich content on cultural diversity and examples of national initiatives, as well as partners and associated personalities.

As a result of the Biennale, some key texts were adopted by the participants, putting into concrete action some of the recommendations and conclusions from the discussions which took place.

1.The Contribution of Arts, Culture and Heritage to Peace

2. Youth Empowerment and Participation in Peace and Sustainable Development

3. Africa and its Diasporas in the Face of Conflicts, Crises and Inequality

4. Harnessing the Potential of the Oceans for Sustainable Development and Peace

– The Final Communiqué of the Biennale of Luanda 2021

– The Declaration of Regional Economic Communities of Africa

– The MoU signed between CEEAC, Angola and UNESCO

– Programme : Youth committed to the Pan-African Movement for a Culture of Peace

In the Final Communiqué, Biennal participants :

1. Encourage the organisers, for the holding of future editions of the Biennale, to consider the benefits of this innovative hybrid format in terms of the opportunity for a more widescale participation and thus appropriation of this event, the objective of which is to strengthen the Pan-African Movement for a Culture of Peace and Non-Violence for the peace and sustainable development of Africa;

3. Encourage academic institutions and professional associations, youth and women’s organisations and associations, international organisations, the private sector, civil society, philanthropists and influential personalities within the continent and the Diaspora to join the Alliance of Partners for a Culture of Peace and Non-Violence in Africa;

4. Welcome the strengthening of cooperation between the Government of Angola, the African Union Commission and UNESCO and call upon them to take the necessary steps, including within the framework of the Steering Committee of the Biennale, for the establishment of a permanent Secretariat to ensure the follow-up of the implementation of the Roadmap of this second edition of the Biennale;

5. Welcome the full participation and involvement of the Regional Economic Communities throughout the four days of the conference, as reflected in the Joint Declaration of the High Representatives of the Regional Economic Communities on the Culture of Peace and Non-Violence (Annex 1); declaration by which the RECs acknowledge their role, responsibility and commitment in the process of perpetuating the culture of peace and non-violence in Africa, which also includes the signing of the Agreement between the Government of Angola, ECCAS and UNESCO (Annex 2);

6. Request the support of the governments of African Member States and countries of the African Diaspora to contribute, from one edition to the next, to the sustainability of the Biennale of Luanda initiative, including by taking appropriate measures and implementing activities and projects for the culture of peace and non-violence at national and local levels to be progressively included in the roadmap;

7. Express their gratitude to their Excellencies, the Presidents, Vice-Presidents and Ministers who took part in the Opening Ceremony of the Biennale in Luanda;

8. Welcome the major role played by His Excellency, Mr. João Manuel Gonçalves Lourenço, President of the Republic of Angola, who once again hosted the event and mobilised the Heads of State and Government.