A compilation with translations by CPNN

A recent article in Liberation shows how some villages in France have found a second life by welcoming refugees.

The article says that these villages, that are “struck by rural exodus,” have decided to renew their local life with immigrants, and it mentions four villages: Luzy (2,000 inhabitants, Nièvre), Ferrette (800 inhabitants, Haut-Rhin), Notre-Dame-de-l’Osier (500 inhabitants, Isère) and Pessat-Villeneuve (650 inhabitants, Puy -de-Dôme). 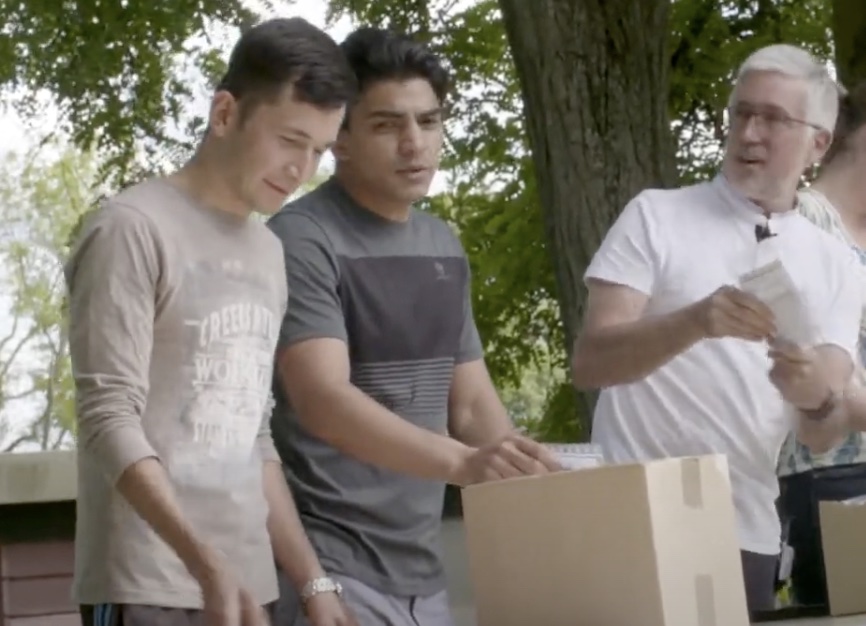 Here are excerpts from articles about these four villages.

“In the heart of the Burgundy countryside, Luzy, a town of 2,000 inhabitants, has welcomed 45 asylum seekers of Guinean, Afghan, Sudanese or Iranian origin, etc. since the end of 2018.

For these men, women and children who fled persecution at home, Luzy is seen as a stopover on the roads of exile. For the moment, they are suspended from the response that the French authorities will give to their asylum requests.

For the past fifteen years, Luzy has been losing inhabitants. But, for three years now, it has gained and the village has been reborn, in particular thanks to the arrival of these new Luzicans, from all over the world.

Committed to receiving them as best as possible, the inhabitants of Luzy have mobilized to give meaning to their reception and living together, including football games, French lessons, pétanque tournaments and ball trap competitions.

Since 2016, Ferrette has welcomed around 80 asylum seekers – half of whom are children – from places as far away as Afghanistan, Sudan and Armenia.

They all hope to be recognized as refugees – or at the very least, that France will grant them “subsidiary protection”, the status granted to asylum seekers who are not qualified as refugees… ..

When the mayor of Ferrette agreed to welcome migrants, he found himself facing stiff opposition, even from members of his staff… ..

But while some protested, he also saw other locals come together to help, with the emergence of a group called “Voisins du monde” which offered them French lessons, access to a game library, cooking classes and even transport to the hospital.

Samir Beldi, director of accommodation at the Mulhouse / Ferrette branch of Adoma, the housing office that houses migrants, said things had gone well.

“The volunteers managed to repair the damage after some initial trouble. There were preconceptions but we have turned the page on that,” he said.

His assistant, Martine Kaufmann, agrees. “They are not ‘poor’, they were not necessarily poor at home,” she explains. “Some of them have important qualifications. There is diversity among asylum seekers.

Located in Notre-Dame-de-l’Osier and belonging to the Emmaüs-France network and the Cocagne network, the Tero Loko association was created a little over 3 years ago. It offers an integration project for refugees and inhabitants of the territory. The objective is twofold, to facilitate the integration of people in precarious situations and to participate in the dynamism of this rural town of 700 inhabitants. Their slogan, “Cultivate welcome” is a reflection of this desire.

In this access to employment project, Tero Loko offers integration contracts (CDDI) in market gardening and bread production, two essential productions in everyday food, as well as marketing for the sale of their products …

Tero Loko thus supports refugees on access to employment and also works with them on access to sustainable housing or learning French.

This project can provide answers to a need for integration in rural areas. It offeris a complete project to refugees in search of stability and participates in the revitalization of rural communities. The joy of being together is evident in these markets because the exchange is reciprocal. The refugees are helped in their integration and the inhabitants find a lively village life thanks to this weekly market and various activities (such as pottery workshops, cooking, honey harvesting or even creative workshops of all kinds).

In Pessat-Villeneuve (63), a village of 670 inhabitants in the Puy de Dôme, a solidarity initiative was born during the first confinement. As the masks are missing throughout the territory, Hamidullah, a refugee from the Pessat-Villeneuve temporary accommodation center, has decided to produce them. Other refugees have joined in his efforts to help with the distribution. Thanks to them, all the inhabitants were able to benefit from this essential protection. Gérard Dubois, the mayor of the village, and Isabelle Harry, deputy mayor who participated in the distribution of the masks, tell us about this adventure………

Gérard Dubois :  In 2015, the photo of little Aylan was the trigger for my commitment. I told myself that something had to be done. At that time, we had just bought a vacation center which belonged to Air France and which was unoccupied during the winter period. It seemed logical to me to offer it to the State to accommodate families. At the end of October 2015, the prefectures could not find any center to welcome migrants from Calais, they remembered me. It all happened very quickly. We took in 48 migrants initially. They landed in our beautiful region. Our small village had 550 inhabitants at the time. Then, making the center sustainable was a real desire both personally and on the part of the municipal team…….

How did this mask creation initiative come about? Did the idea come from your side or from the center?

Gérard Dubois :  It was complicated because we were living in this confinement during the elections….. about the masks. No one had any. I tried to get some for the center through the Association of Mayors of France. We were able to do bulk orders nationwide to redistribute them, but we didn’t get exactly what we wanted. Then, one day, the director of the Cecler center calls me and tells me that a young refugee, Hamidullah, is able to sew and that he intends to make masks. I immediately accepted……His idea was really to offer them to the population, it all started with him. Our participation in the action was easy compared to his work. We provided him with the equipment: sewing machine, elastic, suitable fabric, plastic pouches for hygiene during distribution. We also created a communication to add in the masks to explain the origin of this mask and its history…….

Is it by sharing moments that we can get to know each other better?

Isabelle Harry:  It’s true that it’s not always easy to do this. They were very motivated by the idea of creating the masks and then distributing them. This gave them the opportunity to go against the inhabitants and get in touch with them. It is true that when the center was set up, there were a lot of reluctant residents. It should not be denied. They were scared and it was not easy. I was the first to ask myself questions. For a small village like ours, that’s normal. Gradually people were reassured and now the refugees are integrated. This initiative was one more step. The majority of the inhabitants were very happy and found it great to give the refugees a chance.