An article from Sahel 2r3s

Emmanuelle Dufossez is a professor of Fine Arts at the Ferdinand Fabre College and High School in Bédarieux, in the Academy of Montpellier. In December 2018, in collaboration with Bakrene Ag Sidimohamed (who lives and works in Tessalit, in the Kidal region of northern Mali), she initiated an exchange between two groups of students from their respective municipalities. The objective of the project was to promote intercultural exchanges in a common spirit of citizenship, without neglecting the specific reality of each environment. 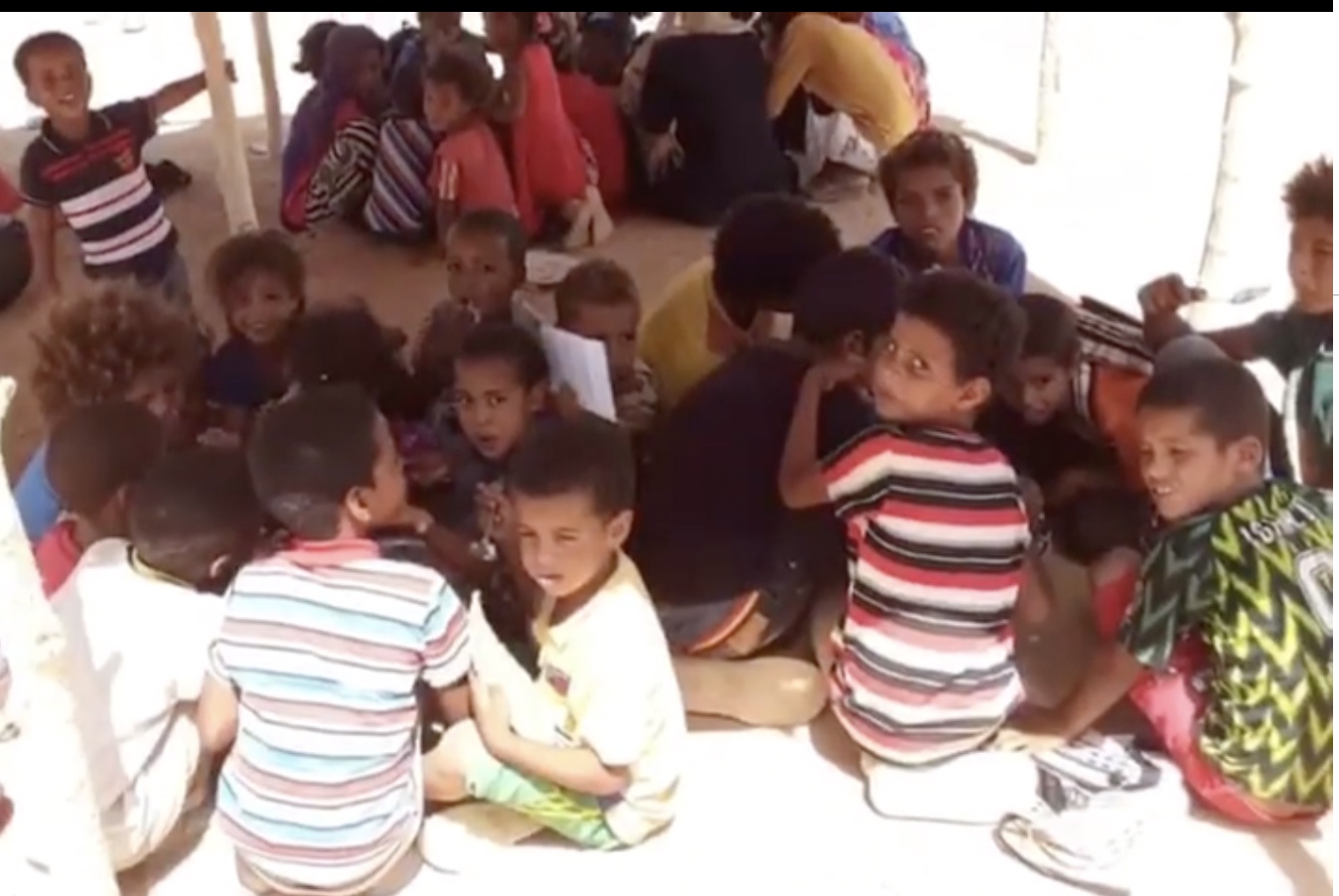 Video made by the students in Mali

First, can you explain to us the reasons why you started this project? What were the means used? How did you make the connection?

For personal reasons I joined a Facebook group linked to Tessalit and started chatting with Bakrene. In the third message, he asked me to help him contact children’s education NGOs. It was so direct, so unexpected … and it touched me. He didn’t know I was a teacher yet. As for me, I was far from imagining at the time the scale of the disaster in the region …

So I suggested to my principal, Mr. Pierre Fournier, that we set up an exchange between students and he immediately accepted (he was much more aware of the situation than I was), and put everything in place. to make this possible. With Françoise, the CPE, we organized a meeting of the students of the civic life council of the school, and they decided to take part. Two weeks later, I had a webcam and Skype in my room and we were waiting for Issouf, the principal and his students from Tessalit!

For his part Bakrene had succeeded in convincing the director of Minusma (the United Nations Peacekeeping Force) and he went to involve everyone in town. This is how the project began. It was very rock’n’roll, but we managed to talk to each other by videoconference, almost every week until the end of the year.

Sometimes the connection was not possible and we waited for nothing, but that was part of the game and everyone understood the difficulties. I give credit to Minusma which has played a good role in promoting a project clearly in favor of peace and sharing, and also the families in Tessalit who have agreed to take risks by allowing their children to participate in the exchange.

From this first year, we initiated a small educational project with a geography colleague who was to do a case study around the management of natural resources. The children sent the questions to the Tessalit group via Bakrene, and in return, they sent us short videos about the situation for water in Tessalit.

Our students in Bédarieux are very involved. They set up a book drive to rebuild the Tessalit library which was burnt down during the conflicts. We are now awaiting assistance to transport the books.

What is the importance of your approach and that of the citizen competition project? What are your goals?

This year, we immediately wanted to start a long educational project with my history-geography colleague and a fourth grade class that we have in common, as well as our colleagues from Tessalit, Issouf Maïga, director and State teacher, Bakrene Ag Sidimohamed and Ahmed Ag Zouemar. It is about corresponding and getting to know each other through the simultaneous discovery of the text of the Universal Declaration of the Rights of the Child signed by the members of the UN in 1989.

The exchange, the discovery of the other, their way of life, their habits, their tastes, everything that allows us to take into account otherness and differences is at the heart of our concerns.

It is time to reopen minds, in France as elsewhere, if we really want to live in a world at peace. This common reflection that we are carrying out with very young adolescents addresses the rights of children and at the same time reveals to them the disastrous situation in northern Mali; The program 2r3s contributes in its own way by involving young adults through the citizen competition.

For us in any case, this project is also a cry of alarm to the international community so that it can help us improve the education system in this conflict region.

How did the exchanges go between the students of Bédarieux and Tessalit?

The discussions turned out to be materially difficult given the dire situation of the school in Tessalit. Without the volunteer workers from the Tazunt association, Issouf, the teacher would not be able to carry out the work, since he is alone.

The language barrier was also a big difficulty. In addition, it is important to remember that schools closed in 2012 in the North and that they have struggled to reopen since 2018. The French language is being lost in the region, for lack of practice … but the amazing joy of living brings the children together.

On several occasions we even sent us short videos in which children, French and Malian alike, sang for their comrades! But the situation of the students of Tessalit is worrying for the future.

What are the differences that you have observed?

As I said above, the differences are glaring. It is even hard to believe that children live on the same planet in a world that has designed a common text for their equality. Nevertheless, they are children, who love to sing, laugh, and of course, play soccer!

Did you encounter any difficulties during this project? If so, what were they?

Given the security context in Mali, we had to face many difficulties. The differences in living conditions do not always make it possible to approach things in the same way, since it depends on whether one is positioned in Bédarieux or Tessalit. Material difficulties also have a strong impact.

Have you observed in the pupils a real awareness of the rights and duties which they have? Has their relationship to education changed?

Yes. For example, here in France, we have succeeded in recovering some students who were dropping out of school. As for the issue of awareness, it is real, in France as in Tessalit where part of the population is trying to find solutions, without much help for the moment. But my colleagues at Tessalit would be better able to answer this question.