An article from Pressenza (reprinted by permission)

At the close of its 89th Annual Meeting, held virtually due to the ongoing COVID-19 pandemic, on August 31, 2021, the United States Conference of Mayors (USCM) Executive Committee unanimously adopted a bold new resolution Calling on the United States to Welcome the Treaty on the Prohibition of Nuclear Weapons [TPNW] and to Act Now to Prevent Nuclear War and Eliminate Nuclear Weapons. 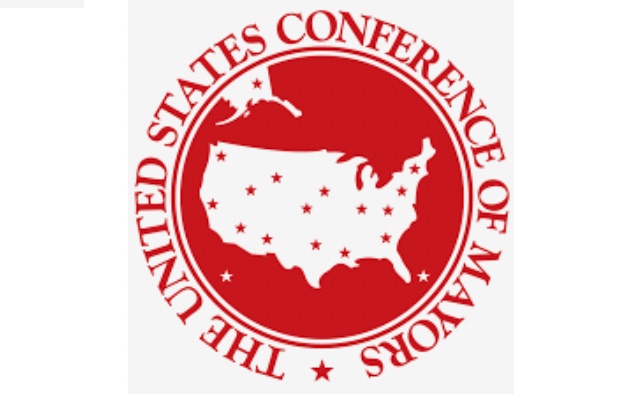 The resolution calls on the United States government “to welcome the Treaty as a positive step towards negotiation of a comprehensive agreement on the achievement and permanent maintenance of a world free of nuclear weapons.” It continues: “The United States Conference of Mayors welcomes the June 16, 2021 Joint Statement by President Biden and Russian President Putin in which they ‘reaffirm the principle that a nuclear war cannot be won and must never be fought’; and calls on the Biden Administration to reduce nuclear tensions through intensive diplomatic efforts with Russia and China, and to actively pursue a verifiable agreement among nuclear-armed states to eliminate their nuclear arsenals in conformity with requirements of international law preceding the TPNW by decades.”

Observing that, “according to a report by the International Campaign to Abolish Nuclear Weapons, in 2020, the nine nuclear-armed states spent $72.6 billion on nuclear weapons, with the U.S. leading at $37.4 billion, or $70,881 per minute,” the USCM resolution opens with a stark warning from the Bulletin of the Atomic Scientists:

WHEREAS, on January 27, 2021, the Bulletin of the Atomic Scientists announced it is keeping the hands of its Doomsday Clock at 100 seconds to midnight, the closest we’ve ever been to global annihilation, stating: “By our estimation, the potential for the world to stumble into nuclear war-an ever-present danger over the last 75 years-increased in 2020,” and noting: “the existential threats of nuclear weapons and climate change have intensified in recent years because of a threat multiplier: the continuing corruption of the information ecosphere on which democracy and public decision-making depend…[T]he COVID-19 pandemic is a wake-up call.”

The USCM expresses its concern that “President Biden’s budget request for Fiscal Year 2022 increases military expenditures by $11 billion and extends funding for all nuclear warhead and delivery system upgrades in his predecessor’s budget, as well as its massive investment in the nuclear weapons infrastructure, to project nuclear weapons research, development, production, and deployment well into the 21st century, in violation of United States disarmament obligations under the 1970 Nuclear Nonproliferation Treaty.”

The USCM resolution reports that “the Treaty on the Prohibition of Nuclear Weapons (TPNW) entered into force on January 22, 2021, prohibiting the development, acquisition, possession, use or threat of use of nuclear weapons for those countries that have ratified it.” But it points out that, “while the TPNW represents the total repudiation of nuclear weapons by most of the states that do not possess them, the United States, the eight other nuclear-armed states and almost all of the countries under the U.S. nuclear umbrella boycotted the negotiations and have not joined the treaty.”

“call[ing] on the Biden Administration to fully incorporate United States obligations regarding non-use and elimination of nuclear weapons under international law into its forthcoming Nuclear Posture Review”;

“call[ing] on the President and Congress to cancel the plan to replace the entire U.S. nuclear arsenal with enhanced weapons and to redirect funds currently allocated to nuclear weapons and unwarranted military spending to address decades of inaction on infrastructure, poverty, the growing climate crisis, and rising inequality”; and

“call[ing] on the President and Congress to elevate arms control and disarmament as a federal priority by reestablishing the Arms Control and Disarmament Agency.”

As recognized in the resolution, “Mayors for Peace, founded in 1982 and led by the Mayors of Hiroshima and Nagasaki, is working for a world without nuclear weapons, safe and resilient cities, and a culture of peace, as essential measures for the realization of lasting world peace;” and “Mayors for Peace has grown to 8,043 cities in 165 countries and regions, with 219 U.S. members, representing in total over one billion people.”

Noting that, “The United States Conference of Mayors has unanimously adopted Mayors for Peace resolutions for sixteen consecutive years,” the USCM “urges all of its members to join Mayors for Peace to help reach the goal of 10,000 member cities.”

The United States Conference of Mayors  is the official nonpartisan association of more than 1,400 American cities with populations over 30,000. Resolutions Adopted at annual meetings become USCM official policy.

Click here for the full text of the resolution.