Here are events and application deadlines in August that were previously listed on the CPNN page for upcoming virtual events. Where possible links are provided to recordings of the events. Unless otherwise noted the events are in English. 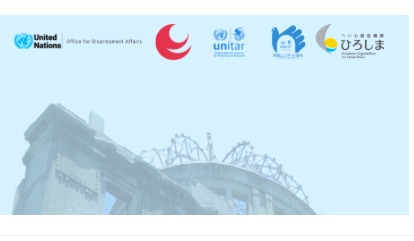 August 4, 2:00PM – 3:30PM EDT USA
MMIGRATION NATION – UNDERSTANDING AND ADDRESSING THE WEAPONIZATION OF IMMIGRATION TO CREATE FEAR AND DIVISION IN THE UNITED STATES

U.S. officials are struggling to respond to the arrival of displaced people at the southern U.S. border. The challenges at the border are exacerbating perceptions inside the United States of immigrants and immigration as being a threat, which is fueling xenophobia, racism, animosity, and polarization. This perception has galvanized the anti-immigrant movement and made life substantially more difficult for all immigrants and the communities that welcome them.
— This session will explore the complex issue of immigration, starting with what is the state of our immigration system, what is happening at the border, why and how the issue is being weaponized and turned into a wedge issue that is fueling divisions in the country, and what immigrant rights groups are doing to change the narrative and address these divisions, while ensuring that immigrant communities in the United States can live in safety and peace.
— Zoom Registration

Brisbane antinuclear groups invite you to commemorate the nuclear bombings of Hiroshima and Nagasaki in 1945 with a webinar celebrating the work that the community has done over time in opposition to nuclear weapons, in Brisbane, nationally and internationally, leading to the recent UN Total Nuclear Weapon Ban Treaty.
— The speakers, who will reflect on their personal histories as anti-nuclear activists, include:
Ross Gwyther, a founder of People for Nuclear Disarmament in Brisbane
Dr Helen Caldicott, international anti-nuclear activist
Bob Henricks, former secretary of Electrical Trades Union and driver of union support for the anti-nuclear movement
Chris Henderson, from the Cities and Towns Appeal for Australia to sign the Ban Treaty
— Get tickets here – free

Friday, 6 August 2021
NUCLEAR WEAPON ABOLISHMENT AND A SUSTAINABLE FUTURE — A CALL FROM HIROSHIMA

UNITAR, in collaboration with the United Nations Office for Disarmament Affairs (UNODA), Hiroshima Prefecture, and the Hiroshima Organization for Global Peace (HOPe), will host a free, public seminar on promoting the abolition of nuclear weapons. The public is invited to join. Please
— The seminar will comprise of:
2:00 – 3:30 pm JST: Plenary Session
4:00 – 5:00 pm JST: Session on Partnership with the Private Sector
5:00 – 5:30 pm JST: Dialogue Session between UNITAR Director of Division for Prosperity and UNITAR Goodwill Ambassador
6:00 – 8:00 pm JST: Session on the Youth Initiative
— Register here

Nala Feminist Collective will be hosting a “Post-GEF Youth Forum” around the question: “What are the challenges and solutions for Generation Equality commitments, accountability?”
— As we move from the Generation Equality Forum towards action and implementation of Africa Young Women Beijing+25 demands, we are in constant reflection of how we will collaborate to ensure there is accountability to the commitments made.
— Join us to explore together, share stories and experience about how to establish youth-led accountability on Generation Equality commitments
— Who is invited? African youth and stakeholders
— When? 12th, 13th and 14th August 2021 – 2:00PM – 4:00PM EAT
— Please note that the following registration is uniquely for the 12th of August.
— Zoom registration

Palestinians are self-organising and pushing forward their liberation goals of freedom and justice, building upon the unity built through the past few months. In this conversation we will hear about these efforts, including the Dignity and Hope Detainees Fund Project to provide legal support and solidarity to the families and communities most impacted.
— This event is hosted by Baladna: Association for Arab Youth and Palestine Solidarity Campaign, and will feature a panel of activists and lawyers.
— Register here

Registration with the Selective Service System, intended to collect information about draft-eligible U.S. residents, is a burden that has been unjustly placed on men for too long. Now members of Congress are attempting to expand the unnecessary, burdensome, and punitive system to women. Forcing Americans into warfighting doesn’t represent equality for women. It represents a step back toward militarism that hurts us all and should be ended once and for all.
— Join the American Friends Service Committee, Center on Conscience and War, and Women’s Action for New Directions (WAND) for a discussion about the Selective Service System, its individual and societal impacts, and how you can help end, rather than expand, the registration system.
— Register here

Governments are not doing enough to prevent a catastrophic collapse of the climate. And so youth are taking action. One of the most exciting of the youth-led actions is the World’s Youth for Climate Justice campaign to take the issue of climate change to the International Court of Justice. Such a case could affirm, strengthen and ensure implementation of the legal obligation to stabilise the climate in order to protect current and future generations.
— To help you learn more about the campaign and how you can help, World’s Youth for Climate Justice and Normandy Chair for Peace are running a series of webinars on the importance of such a case, what to ask the court, how to win the case and how the outcome could be implemented.
— The first webinar held in June focused on the importance of climate litigation and assessed lessons from other Advisory Opinions, in particular the historical 1996 ICJ opinion on nuclear weapons. You can watch the recorded sessions on facebook. Session 1. Session 2.
— You are cordially invited to the 2nd webinar in this 4-part series:
Topic: What legal question to ask the Court?
What sources of law can be used?
— Register here

CODEPINK and World Beyond War are hosting a webinar highlighting the intersection between militarism and climate change leading up to the COP26 talks in Glasgow, Scotland.
— For zoom registration, contact Nancy Mancias at nancymacias@codepink.org

Organized by CPDCS, with Mass. Peace Action and the Committee for a Sane U.S.-China Policy
— featuring the scholars Mark Selden and Zhiqun Zhu.
— Register here

Mayors for Peace will hold a peace education webinar titled Mayors for Peace Youth Webinar for Peace Action, aiming to further stimulate youth-led peace activities in member cities. This webinar will be streamed live on YouTube. Registration for online viewers is now open until Sunday, August 22 Japan time.
— Young people from around the world, who will create our future, will give presentations on their peace activities and have a discussion.
— Register here

On the last Sunday of every month (except for major holidays) Project Save the World holds an open Zoom meeting for activists everywhere in the world to discuss our concerns. There is no pre-determined agenda. After the show, the recording will be edited and uploaded to our Youtube channel Youtube.com/c/tosavetheworld within a week or so.
— Zoom link The host will admit you without a password, but please keep your microphone muted except when called upon to speak. Please do keep your camera on, however, for it is pointless to have a zoom conversation where the participants are invisible.

When we get ready for protests or street actions, we need to be prepared for a range of potential situations. In this skillbuilding webinar, we’ll look at everything from sensible shoes to great (waterproof!) signs to whether or not you should bring your phone with you. This is an excellent skillbuilding webinar to invite your organizing team to attend together.
— Please note that this webinar is free if you sign up to do some action for peace during the Campaign Action Nonviolence week
— Sign up with an action and receive webinar registration here