An article from The African Union

In line with the implementation of various programs by the African Union marking 2019 as the year dedicated to refugees, returnees and internally displaced people and galvanizing global visibility on the issues of forced displacements in Africa, the AU Special Envoy on Women, Peace and Security Mme. Bineta Diop shares the findings of her visit to the “Triangle of Death. In the first of a two-part series of “the plight of women and girls as forcibly displaced persons; deliberate actions towards sustainable solutions”,’ she also gives insights into why women and girls are worst affected in the appalling situation of forcibly displaced persons. 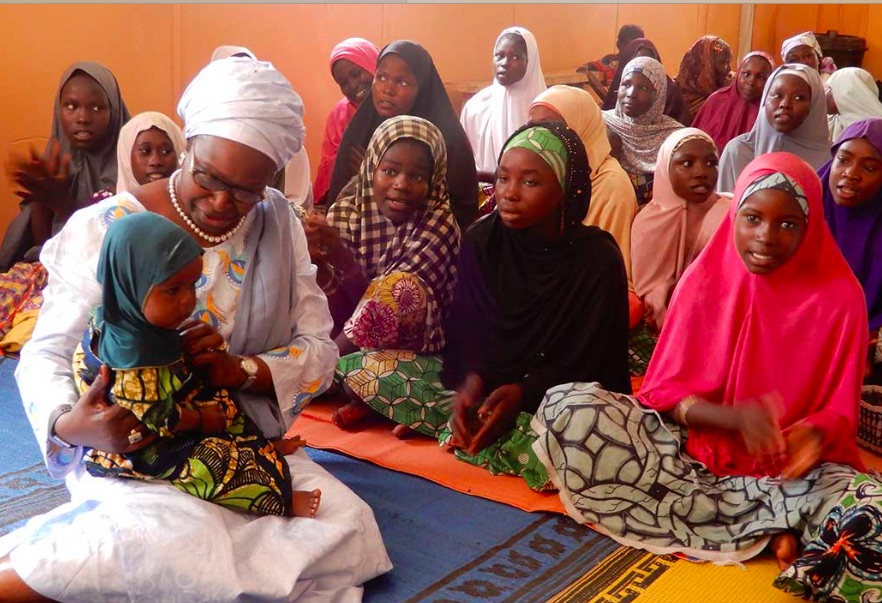 1. The adverse effects of forced displacement are more pronounced for women and girls, who ordinarily are less advantaged even in stable communities.  What unique challenges confront women and girls who are refugees, returnees and IDPs

Migration is the fabric of more inclusive, tolerant and diverse societies. Migration has over the years, enriched cultures and civilizations, with migrants contributing to major advancements in their host societies, hence, the African Union’s call for ease of regional trade, free movement and the introduction of the African Passport, all of which are flagship projects of Agenda 2063. The migration of persons then, only becomes an issue of concern in the context where people are forced to flee their homes. Forced displacement is the worst kind of people’s movement as it means not only losing a home, but entails a disruption of one’s dreams, plans, identity and moving to unfamiliar territories with hopelessness and fear.

The adverse effects of forced displacement are more pronounced for women and girls, who ordinarily are less advantaged even in stable communities. There is a pervasive culture of discrimination, and sexual and gender-based violence are a daily reality. These vices destroy the lives of our women and girls and has devastating consequences to the society at large. As you know, rebuilding a psychologically broken person is not as easy as rebuilding infrastructure. Often times these scars remain for life thereby affecting future generations as women are the nurturers of the young.

Moreover, women, children and family members of actors in the conflict situations are more prone to becoming targets and weapons of war. The Chibok girls are a case in point. In many cases this happens to a whole community of wives and children who are left behind by their husbands and sons.

In 2017 July, I was part of the UN-AU high level Solidarity Mission to the Republic of Nigeria and the Democratic Republic of Congo (DRC). In both countries, the delegation met grass root women leaders, and the Chibok Girls, who have been rescued from Boko Haram.  There are big camps for IDP’s including the Dalori camp in Nigeria, and the Mugunga IDP camp in the Democratic Republic of Congo. We held a focus group discussion with women IDPs to further gain understanding and learn from their experiences: which are very similar. The women end up trading sex for food, or end up being raped. It is not only sexual violence that they face.

During the same mission we visited an area commonly known as -‘Triangle of Death’- i.e. Beni, Ouicha and Bunia, where we met women refugees living in the most atrocious situations. They had settled, built their huts and were looking after their kids. Earlier that week, they had gone out to fetch firewood and water, and upon their return they saw from afar smoke and the ruins of their huts. Militia men had come and destroyed the whole camp and moved on. This is not uncommon in camps. Women are double victims and the cycle goes on, which is really tragic.

2. Geographically, which areas face these challenges and why?

It is important to note that the issue of refugees and IDPs rarely remains a national issue, it also adversely affects the whole region.

In Africa, recent data shows that the continent hosts at least 6.2 million refugees and asylum seekers. Moreover, the number of IDPs is ever increasing and currently stands at over 16 million. These people are distributed throughout Africa, but mostly in the Sahel, Central Africa, in the Horn of Africa and other volatile places on the continent, such as Libya.  One unfortunate fact is that the trend of people’s displacement and sexual violence worsens as the conflict goes on. It is important to note that the issue of refugees and IDPs rarely remains a national issue, it also adversely affects the whole region. Currently, the G5 is suffering from violent extremism, with the Boko Haram and other violent extremist groups finding their breeding ground and transferring their terrorist activities into neighboring countries thereby destabilizing the region.

3. Why should forcibly displaced African women and girls residing outside the continent look forward to returning back home?

Despite the common perception and depiction that African migrants and refugees move mostly to Europe, statistics indicate that more than half of migrants and refugees remain on the continent. At the global scale, Africa hosts a third of the world’s refugees and IDPs. This fact has to be interrogated in view of the fact that the host countries host them at great cost to their fragile economies. Moreover, there seems to be fatigue on the part of partners who are not so willing to support the host governments financially, or take on refugees as third country hosts.  Therefore, it is imperative that our solutions be inward looking.

These movements are not necessarily, motivated by pull factors but rather by the push factors. These are mainly insecurity- conflict, poverty and climate change. Devastating droughts have led to refugees crossing onto neighboring countries. This understanding helps us to prioritize our strategy. Women and children are running away in search of safety and security. Therefore, the best way to secure the women and children is to ensure sustainable peace, which in turn will assure development.

It is important to keep in mind that the other face of a migrant and or refugee is that of the youth. The youth, and here I’m referring specifically to the migrants, leave their home countries aspiring for better socio-economic conditions and the potential for access to education and job opportunities. Creating a peaceful environment therefore needs an all-inclusive cross cutting peace building and reconciliatory process where women, youth and other victims are represented. Such dialogue and reconciliation platforms and infrastructure, as well as youth employment has to be prioritized at all levels, including under the AU-UN Joint framework.

In the second part of this series, Mme. Bineta Diop shares her insights into the synergy in interventions to address the challenges that remain, and how to avert an emergence of new crises. The second part will be published in the July edition of the AU Monthly Newsletter.