An article from the Council of Europe

On 8 June 2021, on the initiative of the Advisory Council on Youth (CCJ), the Joint Council on Youth (CMJ)  organised a thematic debate to mark the recent fifth anniversary of the adoption of the United Nations Security Council Resolution 2250 on Youth, Peace and Security, a text which Jayathma Wickramanayake, UN Secretary General’s Special Envoy on Youth (pre-recorded message),explained has its origins in a youth-led movement. 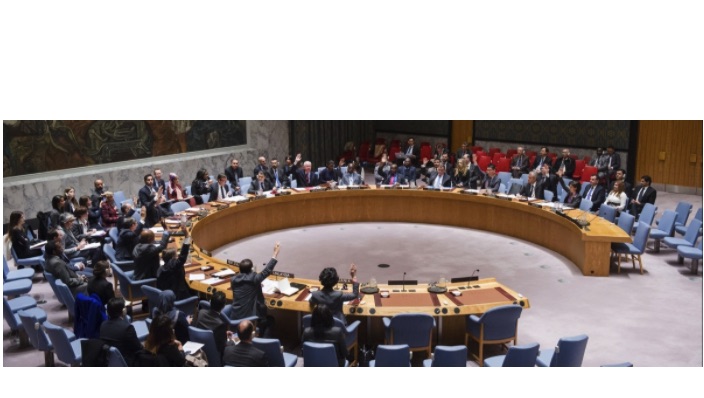 Across Europe and elsewhere, for many young people in Europe, protracted conflicts have become a part of normal life, a situation which, according to Inka Hopsu, Third Vice-Chairperson, Committee on Culture, Science, Education and Media, Parliamentary Assembly of the Council of Europe, can be a barrier for the implementation of Resolution 2250.

Miriam Teuma, Chair of the European Steering Committee for Youth (CDEJ), spoke of the more restrictive lifestyle; limited access to education, work and services; self-isolation and social distancing which have resulted from the Covid-19 pandemic, the impact of which has been felt across the world. Miriam described her own country, Malta, as a doorway to Europe, and reflected on how the incoming migration as a result of conflict is symbolic of deeper and more pervasive problems.

Youth participation and an enabling youth civil society are paramount to combating the democratic deficit that children and young people are being raised into according to Rosaline Marbinah, Special Representative on Youth & Security, OSCE. Issues which were also touched on by Andrea Ugrinoska, Chair of the Advisory Council on Youth (CCJ) and of the Joint Council on Youth (CMJ).

For her part, Paulína Jalakšová, Board Member, European Youth Forum, underlined the valuable role of young people and their organisations who contribute to a culture of peace through peace dialogue, reconciliation processes, and intercultural understanding within Europe and across the world.

Pia Šlogar, Advisory Council on Youth (CCJ), spoke of the necessity to hear diverse voices. Excluding minority youth from decision and policymaking in the youth, peace and security agenda has a disproportionate impact, both direct and indirect, on minority groups.

Reminding the participants that the large multilateral organisations were created mainly to protect peace, Antje Rothemund, Head of the Youth Department, distinguished each one by its mandate: the UN is a forum for dialogue, meeting and exchange; the EU was created to safeguard peace through economic co-operation; the OSCE through dialogue and negotiation between East and West. For its part, the Council of Europe is founded on three pillars, without which peace cannot be protected, those of democracy, human rights and the rule of law.

Finally, Graziano Tullio explained how the Council of Europe’s North-South Centre  has been working on the youth, peace and security agenda since 2018 through confidence-building measures, intercultural dialogue and human rights education.

This thematic debate will now inform the Advisory Council on Youth’s further work on the youth, peace and security field.