The Pan-African Youth Network for the Culture of Peace, Gabon section (PAYNCoP Gabon) recently launched, in Libreville, a project to promote the culture of peace and fight against violence in schools. 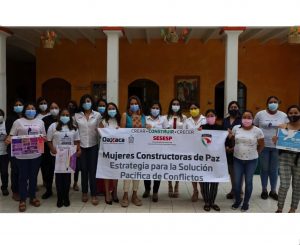 The project to promote the culture of peace and fight against violence in schools, initiated by PAYNCoP Gabon and supported by the French Development Agency (AFD) is part of this national strategy to strengthen response to violence in schools.

The initiative will sensitize key actors (supervisory staff, students, parents of students) on the effects of violence in schools, train them on the culture of peace and peaceful conflict resolution. In order to engage students in the continued promotion of the culture of peace within the school, the project also plans to create a club of young peacemakers within the school.

For Jerry Bibang, the coordinator of this initiative, “this is a pilot experience that is part of our activities to promote the culture of peace, in connection with government action. If the experience is positive, we plan to extend this project to other establishments in the capital but also to the interior of the country ”

The project involves several key players, including supervisory staff, students, teachers and parents, in an inclusive and participatory process.