An article from Mali Web

The national restitution conference “Palabre trees of Timbuktu and Gao” was held on June 15 in the banquet hall of the Bamako International Conference Center in the presence of eminent personalities like the former Prime Minister Modibo Sidibé. The participants made several recommendations such as the redeployment of the army in all regions of the North, breaking with the feeling of abandonment of the population of the North, the re-reading of the Algiers accord and national reconciliation. They were more than a hundred women from the north, some of whom are on their first trip to the capital. 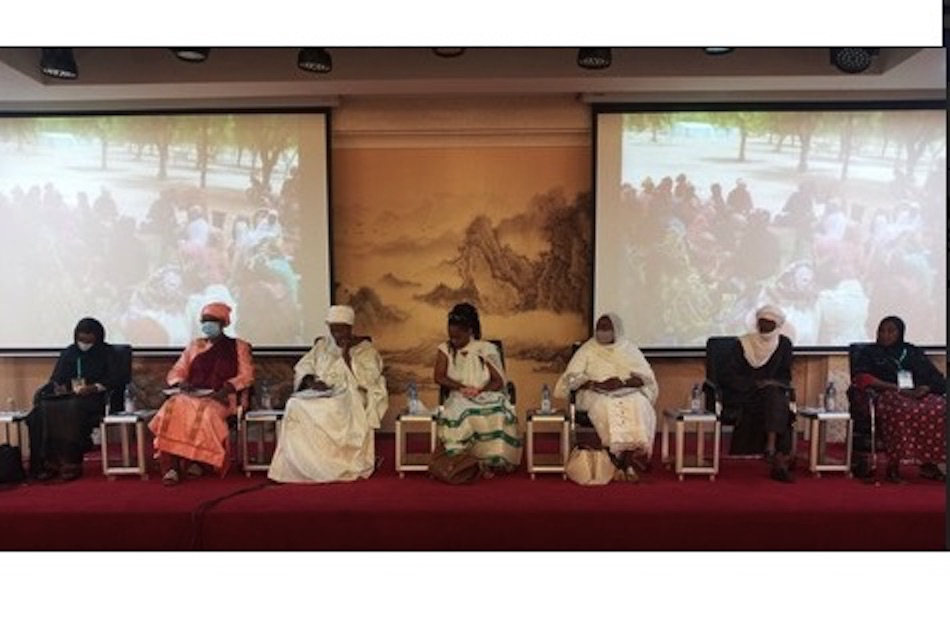 The National Restitution conference is an initiative of the Africa, Caribbean, Europe Council Mali Cabinet (ACE Conseil-Mali) with the technical and financial support of the United Nations Multidimensional Integrated Mission for the Stabilization of Mali (MINUSMA). It is the pilot phase of ‘a project called “Palabre trees when the women of Mali take the floor”.

The concept “Arbres à Palabre” is an original idea based on a citizen and participatory action research approach by the women of Mali. The initiative, which now lays the groundwork for a return to lasting peace and cohesion, has a dual objective:

– to restore and make available to all participants the diagnosis of the Mali situation by women in the regions;

– and to give a voice to the representatives of women from the municipalities for the implementation of structuring projects for local community development.

Based on the function of social mediation of African palabre, the experimental device “Palabre Trees” aims to promote:

– the promotion of women’s political participation and the implementation of the National Action Plan of the Resolution 1325 (2000) and related from the United Nations Security Council on Women, Peace and Security;

– the effective participation of Malians in the process of prevention, mediation, conflict resolution, consolidation and promotion of the culture of peace at the national, regional and local level

– and finally support for the empowerment of women and their full participation to the management of the city as a citizen.

The initiative places women at the heart of crisis exit strategies

According to Mrs. Coumba Traoré, Director of ACE Conseil Mali, initiator of this National Restitution conference, this “Palabres trees” project is an action-research in favor of the effective participation of Malian women in the process of prevention, mediation, settlement of conflicts, consolidation and promotion of a culture of peace at national, regional and local level.

“Our country is sick and there are simple solutions today for the country to heal these wounds. We must go out to meet women, give them a voice so that they can make concrete proposals for exiting the crisis, “said Ms. Coumba Traoré.

For the head of the Gender Unit of the gender division of MINUSMA, Ms. Catherine Andela, the presence of all these women from various backgrounds symbolizes their dedication to the cause of the homeland and especially their commitment to peace and stability, pledge of development. “The positioning of women must first start from the base to influence the electoral process and the palaver tree is a formidable initiative which today participates in the consolidation of peace and living together”, she said. highlighted.

Ms. Diarra Fatoumata Touré, representative of the Minister of State Refoundation, in charge of relations with institutions, fully appreciated this initiative. She said “This initiative by ACE Conseil Mali and its partners places women at the heart of the various crisis exit strategies. Nowadays, it helps to pave the way for a way out of the crisis towards lasting peace.”

Ms. Bintou Djitteye is one of the participants at this conference. She came from Bourem to preach the word of peace. She thanked the director of ACE Conseil Mali for this initiative which allows women to talk about their concerns in the search for peace. She testifies that her children are Arabs even though she is of the Bambara ethnicity. The problem in the north, Ms. Bintou Djitteye explained, is not ethnic but rather economic with a lack of basic social services. According to her, there is a lack of water and above all a lack of support for local initiatives.