The Committee for a SANE U.S.-China Policy will be formally launched on January 27 with the release of its signature statement, co-authored by Joseph Gerson and Michael Klare, “Averting a New Cold War Between the United States and China,” and a webinar on the challenges and opportunities in U.S.-China relations facing the incoming Biden administration. 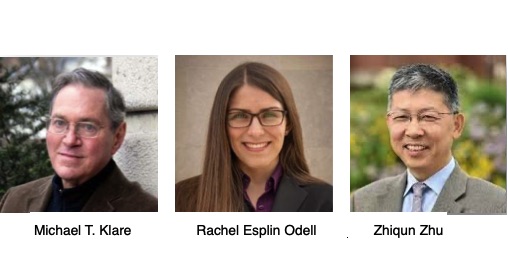 With information and advocacy, the Committee for a SANE U.S. China Policy works to prevent U.S.-Chinese military conflict, reduce the militarization of U.S.-Chinese tensions, and encourage mutually beneficial diplomacy. We intend to show how forces in both China and the United States are contributing to a dynamic of ever-increasing mutual suspicion and hostility; likewise, we will emphasize the need for cooperative efforts by both countries to overcome outstanding differences, such as over Taiwan and the South China Sea. We further aim to show that U.S.-China cooperation is essential to overcome such global challenges as climate change and lethal pandemics.

Our initial goal is to circulate our Statement widely and solicit additional signatures to it, from as broad a cross-section of the population as possible. With funds collected from those who sign, we plan to place the Statement in major journals and newspapers.

We also seek to inform debate and discussion on divisive issues in U.S.-China relations by commissioning position papers on mutually beneficial, non-military solutions to outstanding problems such as Taiwan, technology, arms control, and the South China Sea, and publicize these as widely as possible – including via webinars, public lectures and panels. In addition, we will urge members of Congress to hold public hearings on these issues and encourage them to include participation by those who advocate constructive, peaceful solutions. Wherever possible, we hope to join with organizations in pursuing these activities.

We will also encourage transnational dialogue on problem issues in U.S.-China relations involving non-governmental experts from China, the United States, and other nations in the Indo-Pacific region. In time, such “Track-2” diplomacy could be supplemented by “Track 1.5” diplomacy, involving retired government officials and others with links to those in power.

(Click here to add your name to the signatures on the Statement).