An article from the Middle East Monitor

Israel’s education minister is banning groups that call the country an “apartheid state” from making schools visits to present information to students, CBS News has reported. Yoav Galant tweeted yesterday that he had instructed the ministry’s director general to “prevent the entry of organisations calling Israel ‘an apartheid state’ or demeaning Israeli soldiers from lecturing at schools.” 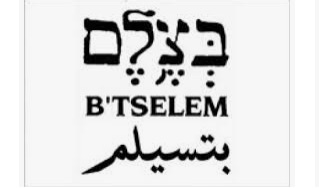 The move follows publication of a report last week  by the Israeli human rights group B’Tselem. The organisation branded Israel an “apartheid” state that “promotes and perpetuates Jewish supremacy between the Mediterranean Sea and the Jordan River.”

Echoing the UN’s 2017  report which concluded that Israel was practising apartheid, B’Tselem dismissed the popular misconception that it is a democracy within the Green (1949 Armistice) Line. It argued that after more than half a century of occupation, the state should be treated as a single entity guided by the core racist organising principle of “advancing and perpetuating the supremacy of one group – Jews – over another – Palestinians.”

B’Tselem said that it will not be deterred by the minister’s announcement. Director-General Hagai El-Ad spoke at a school in Haifa earlier today.

“For many years we’ve exposed our students to a broad variety of opinions from across Israel’s political spectrum,” said the Hebrew Reali School. “We respect the students’ right to express their opinion and are proud of their involvement in issues at the heart of Israeli society. We hold respectful dialogues and intend to continue this tradition.”

Established in 1989 during the first intifada, B’Tselem  documents human rights abuses in the occupied West Bank, East Jerusalem and Gaza Strip. “B’Tselem is determined to keep with its mission of documenting reality, analysing it, and making our findings known to the Israeli public and worldwide,” it insisted.