A statement from the World Future Council

We, Right Livelihood Laureates and Members of the World Future Council, express deep concern about the existential threat to humanity and the planet from the 14,000 nuclear weapons possessed by nine nuclear-armed States, many of them poised for use at a moment’s notice by decision of unstable leaders or through use by accident, miscalculation or crisis escalation. 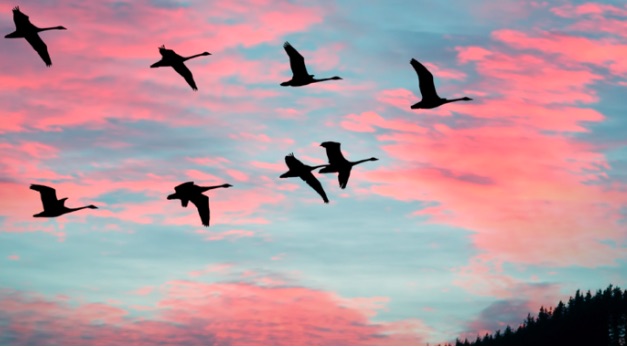 The production, deployment, testing, use and threat to use nuclear weapons violate the Right to Life and other international law, threaten current and future generations, provoke international conflicts and consume resources required to address the COVID-19 pandemic and climate change, and to achieve the Sustainable Development Goals.

The very first resolution of the United Nations General Assembly, UN Res 1 (1) which was adopted by consensus on January 24, 1946, established the UN goal of the elimination of nuclear weapons and other weapons of mass destruction. It is time to fulfil that goal.

On January 22, 2021, the Treaty on the Prohibition of Nuclear Weapons (TPNW) will enter into force making it illegal for States Parties to develop, test, produce, manufacture, acquire, possess, deploy, use or threaten to use nuclear weapons, or to assist or encourage such acts. The treaty is an important measure by the 51 non-nuclear countries who have ratified, and others who may subsequently join, to advance the abolition of nuclear weapons through national nuclear prohibition measures and international promotion.

In addition, we encourage the ratifying states to establish ministerial positions, public advisory committees and disarmament education funds to facilitate public education and effective policy to further advance the objective of a nuclear-weapon-free world, as has already been done, for example, in New Zealand.

The nuclear armed and allied states have said that they will not join the Treaty. As such, they will not be bound by it. However, they cannot escape their individual and collective obligations to achieve nuclear disarmament. They agreed to this in UNGA Resolution 1 (1). Most of them also agreed to this in joining the Non-Proliferation Treaty, Article VI of which requires them to achieve nuclear disarmament. In addition, they are bound by customary international law prohibiting the threat or use of nuclear weapons as affirmed by the International Court of Justice in 1996 and the UN Human Rights Committee in 2018.

The Entry-into-Force of the TPNW on January 22, and the 75th anniversary of UNGA Resolution 1 (1) on January 24, 2021 provide opportune occasions for non-nuclear governments and civil society to remind the nuclear armed and allied states of the illegality of the threat or use of nuclear weapons and of their nuclear disarmament obligations, and call on them to implement these immediately.

The nuclear armed and allied states claim that they require nuclear deterrence for their security. However, they have a legal obligation under the UN Charter (Article 2) to achieve security without reliance on the threat or use of force in their international relations. In addition, the UN and many regional bodies and treaty organisations, provide mechanisms for achieving security and resolving conflicts through common security approaches including diplomacy, negotiation, mediation, arbitration and adjudication – instead of through militarism and war.

And, if we have learned anything from the climate crisis, unprecedented biodiversity loss and the COVID-19 pandemic, it is that militarism and weapons, including nuclear weapons, are useless in addressing the key human security issues of today and tomorrow.

Measures the nuclear-armed and allied states should take include;

1. Affirm that nuclear war cannot be won and must never be fought, stand down their nuclear forces and affirm policies never to initiate a nuclear war;

2. Replace nuclear deterrence with security frameworks based on human security and common security, including acceptance of the compulsory jurisdiction of the International Court of Justice for international disputes not resolved by other means;

3. Collectively join the TPNW, or alternatively start negotiations in a series of Summits or in a UN negotiating forum on the elimination of nuclear weapons under strict and effective international verification and enforcement;

4. Cut nuclear weapons budgets, end investments in the nuclear weapons industry, and redirect these investments and budgets to support the United Nations, COVID-19 management and recovery, drastic reductions in carbon emissions to protect the climate, achievement of the Sustainable Development Goals, and public education for disarmament and the peaceful resolution of conflict; and

5. Commit to achieving the complete, global elimination of nuclear weapons no later than 2045, the 100th anniversary of the United Nations.

In this way, humanity can abolish nuclear weapons and help assure a sustainable future.