An article from the Agence Nigérienne de Presse

The Minister of Communication, Mr. Habi Mahamadou Salissou chaired, this Monday, November 30, 2020 at the press house, the opening of the activities for the National Press Freedom Day. 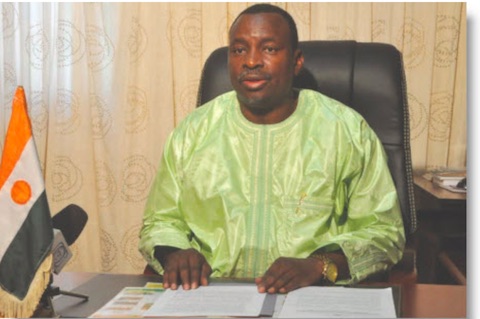 Placed under the theme “journalism during an election period: fact checking, promotion of the culture of peace, peaceful coexistence of populations”, this 7th edition takes place in a very particular global context, due to the COVID-19 pandemic, a global health crisis which also affects our country Niger.

According to the Minister of Communication, “the theme of this year comes at a crucial period, namely the organization of general elections, during which the journalist’s sense of professionalism will be put to the test,” in this regard, he continued, “the verification of the facts, immediately verifying the veracity of the facts and the accuracy of the data, will be an important parameter, in particular through the observance of a code of good conduct”.

“I therefore invite journalists to favor the use of information verification techniques during the electoral period and to become more aware of their major role in the election process because citizens have the right to reliable information ”, added Minister Habi Mahamadou Salissou, who specified that “journalists should avoid getting carried away by the frantic race for scoops and media buzz”.

According to the Minister, “We must work for the advent of a media environment during an election period based on professionalism and its rules. We must therefore establish platforms and academic programs for teaching verification techniques. IFITIC and the Arts and Communication department of the UAM of Niamey should help in this regard “.

“Without true professionalism, freedom of the press cannot prosper. That is why the State will continue its efforts aimed at creating all the conditions favorable to the emergence of a professional, free and independent press, and to the improvement of the living and working conditions of journalists “assured Mr. Habi Mahaman Salissou. .

On this occasion, the Minister of Communication called on the various players in the field to “move towards the signing of a collective press agreement” while reaffirming the commitment of the Ministry of Communication to ensure that the Convention process is successful “.

He congratulated Niger on the advance made in the latest ranking of Reporters Without Borders, dropping from 66th to 57th place in 2020, out of 180 countries.

“Dear journalists, let us together maintain this course and continue to use the freedom of the press on the understanding that some of you must stop abusing it. It is in this way and only that we will together promote press freedom in our country, and in the interest, well understood by all “he concluded.

The president of the board of directors of the House of the Press Mr. Ibrahim Harouna for his part indicated that “ the professionalism of the media is crucial during the election period, it is also for us the moment to call all the candidates to the presidential elections to commit to respect for press freedom in our country”.

The living and working conditions of Nigerien journalists remain very difficult. The Covid-19 pandemic has come another hard blow to the field. Several journalists have been laid off and many more have lost their jobs.

“Our appeal to the government for support for the media has gone unheeded. It is time for me to once again call on all the players in the process of signing the collective agreement to be more committed to finalizing this process” he added.

It was with the presentation of prizes to the various winners of the press house competition and the special Mariama keita prize that the opening ceremony ended.

The President of the Republic Issoufou Mahamadou initialed the Declaration of Table Mountain which promotes press freedom in the signatory countries, on November 30, 2011, he recalled.