Peace has returned to Daoukro, after the recent inter-community conflict between Baoulé and Malinké. To ensure peace between all the communities and particularly between the belligerents, a meeting took place yesterday [30 November] in the royal court of Daoukro, in the presence of King Kongo Lagou III. The meeting was attended by administrative and political authorities, law enforcement, religious and community leaders. 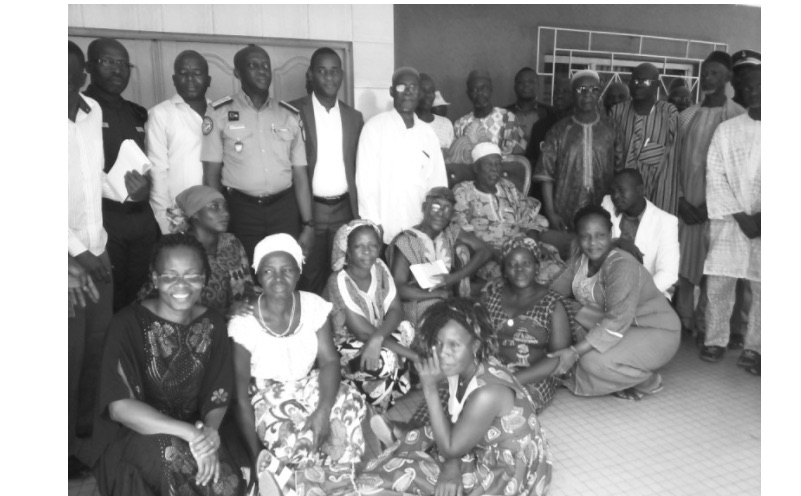 Initiated by the NGO Wanep (West African Network for the Construction of Peace in Côte d’Ivoire and West Africa), this meeting aimed, according to its representative, Dano Servel Pacco, to contribute to the social cohesion and lasting peace in Daoukro.

Thus, the actors directly or indirectly involved in the conflict, the administrative and political authorities, the traditional chiefdom, the heads of all the communities, the youth leaders, the representatives of the political parties, the police forces and the religious leaders have, during the discussions, expressed their expectations for a lasting peace and mentioned the actions to be taken in Daoukro in this direction.

Satisfied with the proposals, King Kongo Lagou III, through his Kangah Kouadio cane holder, declared that an internal meeting will be held to decide what to do, in terms of sacrifice, to rekindle the flame of living together.

Those in charge of Ong Wanep were also satisfied that their actions for peace bore fruit. Dano Servel said they are instilling the culture of peace in communities. “This is not our first meeting in Daoukro. And the satisfaction can be read on the faces of the participants, because in-depth work is being done for lasting peace, “he said.

He added that there will be follow-up, as the NGO has early warning monitors in the area. “From now on, if conflict resumes, we will ask the gendarmerie and the police to investigate and appoint those responsible. Because there are people who cause these killings. And if we manage to get our hands on them, they will leave our village for good, “King Kongo Lagou III warned before closing the meeting.