La Rabita Mohammedia des Oulémas has just launched a project to fight against the radicalization of young people online. Objective: fight against hate speech and make young people aware of the dangers that the Internet and social networks can present. Funded by the Government of Japan, in partnership with the United Nations Development Program, the implementation agreement for this project was signed by Takashi Shinozuka, Japanese Ambassador to Morocco, Edward Christow, UNDP Resident Representative in Morocco, and Ahmed Abbadi, secretary general of the Rabita Mohammedia des Ulemas. 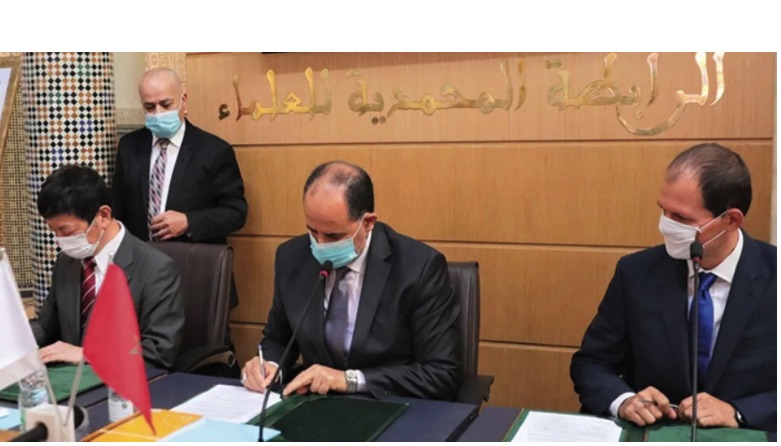 According to Ahmed Abbadi, this project aims to protect adolescents and young people from the scourges of violent extremism, whether on the ground or in their digital dimension. It also aims to immunize them against hate speech by supporting them to become influential on the Internet in order to prevent and inspire their interlocutors. He added that the project was long-term in order to help young people acquire the tools and skills necessary to fight extremism of all kinds. The success of this project depends mainly on the preparation of attractive and catchy content for young people, says Ahmed Abbadi. La Rabita has launched several interactive Internet games with the aim of promoting the culture of peace and moderation, as well as the rejection of violence and extremism.

According to the same source, the Rabita is preparing a virtual influencer guide to help young people acquire the skills to become effective influencers on the Internet. The same source specifies that Japan and the UNDP, much more than donors, will also be partners in this project.

In this regard, the Japanese Ambassador to Morocco declared: “We believe that this project is also a response to a concern for the immunization of Moroccan society against the cybernetic threats which threaten the youth.” He added that the religious radicalism leading to violence is a universal problem. Takashi Shinozuka also indicates that this funding supports Morocco in its fight against the risks of online radicalization of young people, in particular by preventing and informing about the dangers that social networks can represent.

For his part, Edward Christow affirmed that this project was the fruit of several months of joint work between the Rabita Mohammedia of the Ulemas, the Embassy of Japan and the UNDP, adding that the three partners will continue their collaboration for the implementation of this project. He also said that this project, which aims to support the production and publication of video footage on social media, will depend on Rabita’s experience in this area. It will ensure an online presence through the social networks of the Rabita and the UNDP. In this context, a group of Rabita experts will be able to meet Japanese experts working in the field of conflict prevention and peace promotion, and organize an international workshop in Morocco on best practices in this field.

Funding for this project amounts to 454,545 USD, or more than 4 million MDH. It revolves around 4 main objectives, including carrying out a diagnosis of the risks associated with online radicalization content targeting young people, and supporting national stakeholders in the use of information and communication technologies and media to prevent violent extremism and hate speech. It is also about sensitizing young Moroccans through social networks on the importance of promoting an alternative discourse, the spirit of cooperation and the sharing of experiences in the prevention of violent extremism online. Spanning a period of one year, this project will have a major impact on young people and on Moroccan society as a whole, concludes Edward Christow.