An article from the Gabon Review (translation by CPNN)

Dedicated to the prevention and resolution of conflicts in the sub-region of Central Africa, the creation of a network of “Young peace weavers” in Gabon, Chad and Cameroon was recently presented to the Minister of Decentralization Mathias Otounga Ossibadjouo by the head of the United Nations System in Gabon, Dr. Stephen Jackson. 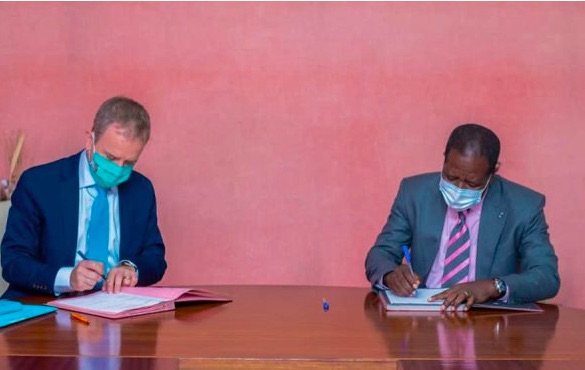 The creation of a “Network of Young Peace Weavers” was at the heart of recent exchanges between the head of the United Nations System in Gabon, the representative of UNESCO and the Minister of Decentralization Mathias Otounga Ossibadjouo. The UN intends to set up a program of “young people active in conflict resolution at the local level”. The Gabonese government is asked to help materialize this project.

According to Dr Stephen Jackson, the aim will be to involve 1,800 young people from three countries in the Central African sub-region, including Chad and Cameroon, aged between 18 and 35. “We want young people who live there, who speak the languages ​​of these countries, so who are able to communicate, explain and present the project”, specifies Vincenzo Fazzino, UNESCO representative in Gabon .

As part of the creation of this network, UN officials in Gabon indicate that young people who will be identified in the three countries will be trained in conflict prevention and resolution techniques. They will also be equipped with means of communication, in particular to enable them to communicate with each other.

Ultimately, this project should make it possible to support the Conflict Resolution Network through an early warning mechanism within the Economic Community of Central African States (ECCAS). The project will last 2 years, of which the first 3 to 6 months will be devoted to training network members.