An article by E.K. Samboé in Le Faso (translation by CPNN)

“Culture of peace, prevention and management of crises; guarantees of sustainable social cohesion ”. This is the theme of the 3rd edition of the “96 hours of the Center region.” The festivities were launched in Ouagadougou on October 1, 2020 by a panel organized at the Burkinabè Shippers Council (CBC). An opportunity for participants to reflect on the issues of the day, in particular peace, crisis prevention and management, social cohesion, etc. 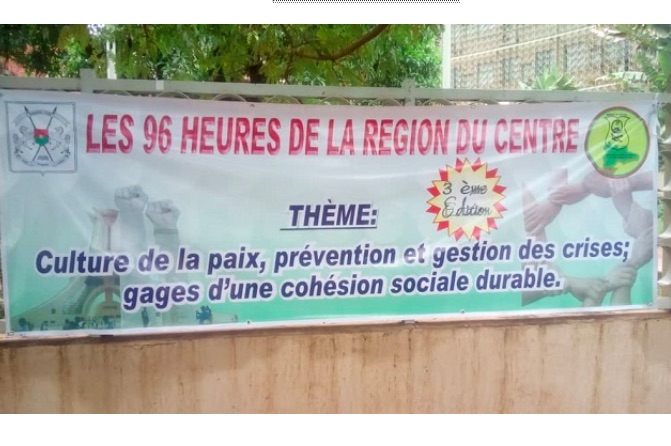 For the governor of the Center region, Sibiri de Issa Ouédraogo, “the 96 hours intend to establish a period of reflection and action around ways and means for strengthening social cohesion in the Center region”.

The panelists, composed of historians, anthropologists and civil society actors, proposed solutions to strengthen social cohesion during the discussions. For the governor, “by dealing with social cohesion, this panel will put us on the need to unite for a useful whole, in order to fight against the scourges which hamper the peace of the populations and the harmonious development of our region”.

At the end of the panel, the governor expects the participants to work for a peaceful social climate, in order to contribute to the economic and social development of the Central region. But also, that they be ambassadors of social cohesion with the various parts of the population.