As part of the commemoration of the International Day of Peace, celebrated this year under the theme “Shaping peace together”, the Commission of the Economic Community of Central African States (ECCAS), the United Nations Regional Office for Central Africa (Unoca) and the Central Africa Office of the United Nations Educational, Scientific and Cultural Organization (Unesco), organized, on September 21, 2020, a video conference dedicated to peace issues and security. 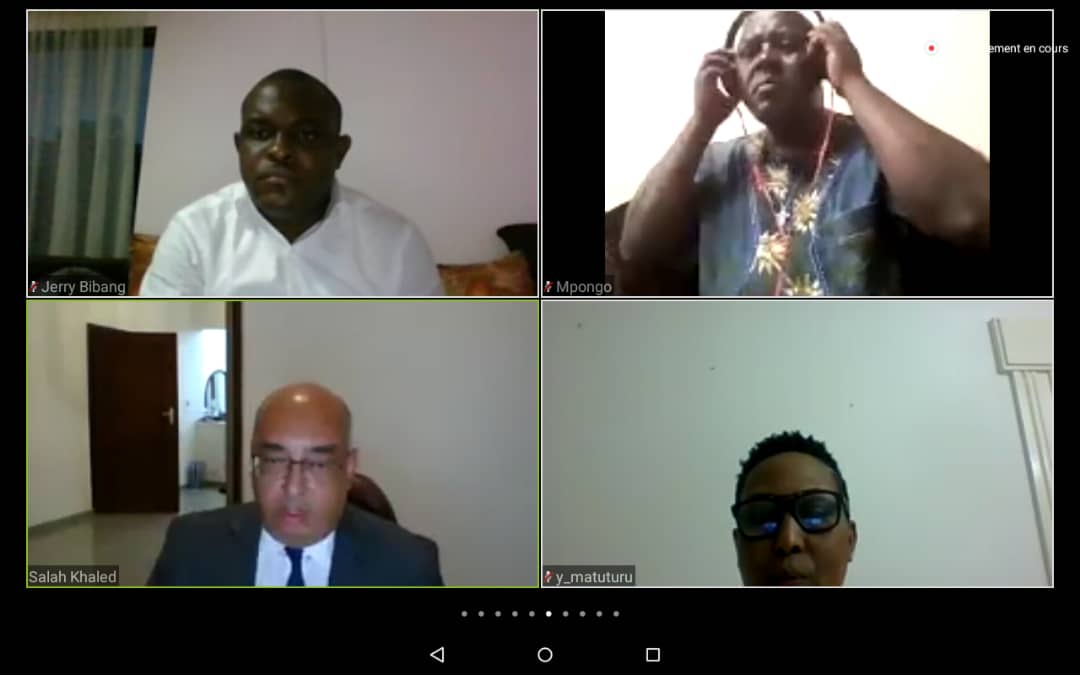 The meeting brought together about sixty participants, in particular experts from the UN, ECCAS, civil society as well as researchers, It lasted for nearly four hours, allowing for discussion on several themes including the challenges of calls to cease fire, preventive diplomacy, the commitment of civil society to the culture of peace, the social responsibility of journalists in the promotion of the culture of peace, among others.

During this high-level meeting, in the presence of the Special Representative of the Secretary General of the United Nations, Head of UNOCA, the President of ECCAS, the Sub-Regional Representative of UNESCO, PAYNCOP Gabon invited the various organizations to strengthen the capacities of local actors in awareness raising, preventive diplomacy, mediation and peaceful resolution of crises and conflicts.

For Jerry Bibang, the National Coordinator of PAYNCOP Gabon, “it is necessary to involve young people at all levels of the peace process, particularly in awareness-raising, prevention, mediation as well as post-conflict operations, in accordance with RESOLUTION 2250 (Jeunes, peace and security) of the United Nations.

“For the latter to be able to participate effectively, we must first train them, equip them, and strengthen their capacities,” he explained. “The current Covid19 pandemic sufficiently shows that international actors are no longer sufficient for peace operations, as their movements are strictly limited due to the disease. It is therefore necessary to involve local actors, especially young people who constitute a strategic demographic dividend for the culture of peace in Africa.”