Here is a photo of our celebration of the International Day of Peace, along with excerpts from the ten-year report for our Foundation for 2010-2020. 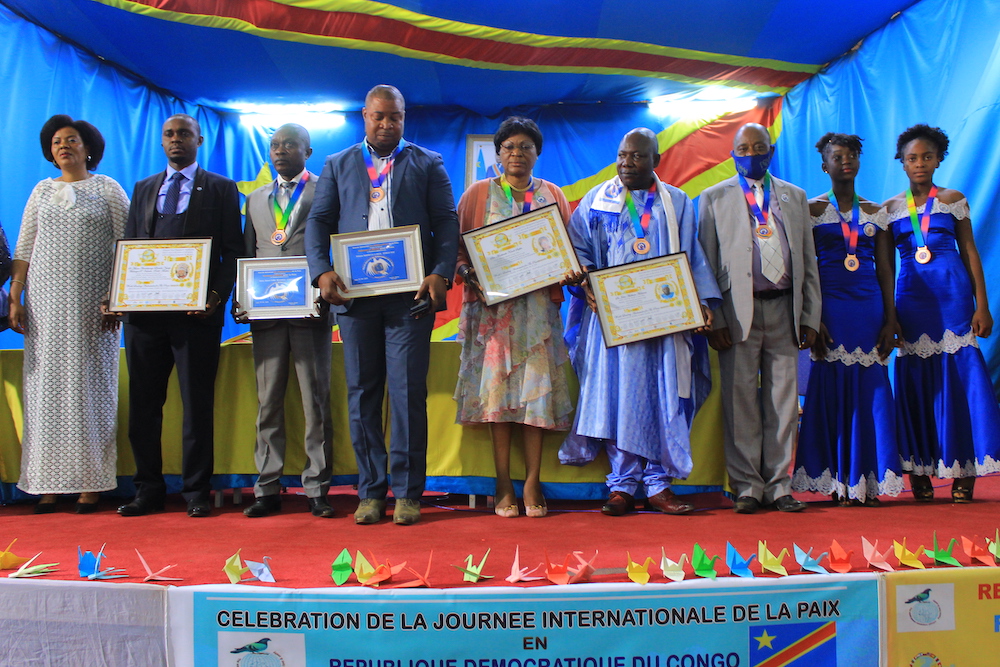 The World Peace Foundation is a non-profit association created and working in the Democratic Republic of Congo. Its field of activity is the entire population of the world in general and that of the DR Congo in particular. The main objective of the FPM is to restore the culture of Peace through the teachings or seminars it organizes in order to transmit the messages of Peace.

The vision on the creation of the World Peace Foundation was born in 1999 by Mr. John MUKHUTA MUHIANA living the unfortunate and massacred events in the Democratic Republic of Congo his country of origin, in Africa his continent and in the whole world his planet earth not only on a physical level, but also on a spiritual level.

Our organization has continued to promote the culture of Peace with civil society actors by respecting the standards of respect for the promotion of Peace.

With regard to democratic participation, we support populations so that they appropriate democratic values, tolerance, non-violence, participation in the management of public affairs, transparency and accountability, solidarity between citizens.

We make populations aware of the peaceful settlement of conflicts, peaceful cohabitation, respect for gender and the protection of the vulnerable (women, children, the elderly, handicaps).

2010 to 2020 the Foundation carried out a lot of activities; we thank the governor of the province as well as the president of the provincial assembly of Lualaba who always accompanies us.

Our Foundation has organized many activities: the International Day of Peace, the Day of Non-violence, the Day of the death of Ghandi, etc.

We have also resolved customary conflicts and in different families.