The United Arab Emirates is once again hosting the Abu Dhabi Peace Forum, formerly known as the Forum for the Promotion of Peace in Muslim Societies. This ninth edition of the meeting will begin on Tuesday 8 November and will run for three days under the title “Global Conflict and Universal Peace: Urgent Needs and Opportunities for Partnership”, bringing together more than 30 pioneering international organisations in the promotion of peace and nearly 500 participants from 60 different countries, representing every continent. 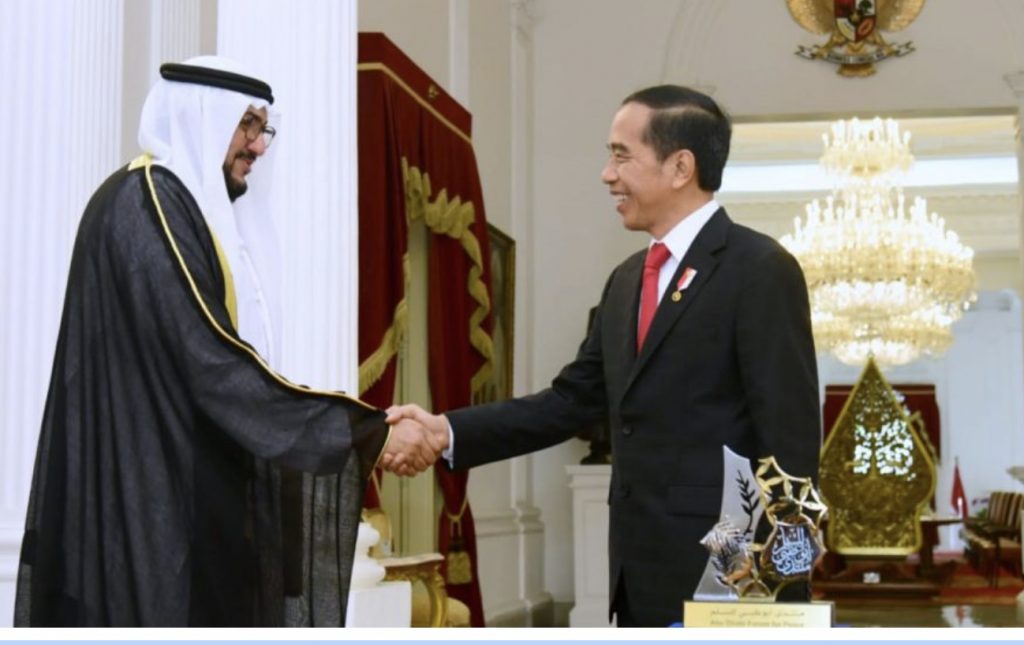 “The role of the Peace Forum, […] which is usually hosted by Abu Dhabi and is one of the most important forums in the Islamic world, is to serve as a space for the discussion of humanitarian problems and intellectual and religious conflicts in Muslim societies,” the forum’s official website states. “Hundreds of Islamic scholars and thinkers participate in the forum in order to establish a unified position to address unrest and acts of violence in the Islamic world”.

Religious leaders, politicians, officials, representatives of national and international organisations, and peace activists from around the world will travel to the United Arab Emirates to address the promotion of peace at one of the most critical times for the international community in recent decades. With several armed conflicts raging, more than 100 million refugees – according to UNHCR – and growing food and energy insecurity threatening the world’s poorest regions in particular, the forum’s attendees face one of the most complex meetings since the forum opened its doors in 2014.

Strengthening coexistence between Muslim societies, reviving interfaith values, creating a space for spreading the message of peace and strengthening the role of the UAE in all these areas are the main objectives of the Peace Forum. This year, they are expected to be worked on the basis of four central themes: the challenges of global peace in the face of an international order in crisis, the role of youth and women in the promotion of peace, the universality of peace in the face of the globalisation of war, and the role of religious leaders in the peace process.

The forum was born in 2014, under the chairmanship of H.E. Shaykh Abdullah bin Bayyah, and the patronage of the then Crown Prince of the United Arab Emirates, Mohammed bin Zayed, under the name ‘Forum for the Promotion of Peace in Muslim Societies’. Since then, the meeting has become a space of reference in the Islamic world, where scholars strive to promote peace, tolerance and the correction of certain concepts.

Last year 2021, when the meeting formally changed its name to become the Abu Dhabi Peace Forum, the forum kicked off in Al Wasl Square at Expo 2020 Dubai.

In addition, the Abu Dhabi Peace Forum is – since 2015, just one year after its birth – a platform that works to empower creativity in peace advocacy through the ‘Peacemakers Hackathon’ initiative, as well as a space to recognise and “honour the creators and precursors of scientific works and initiatives for the promotion of a culture of peace and the consolidation of its value in Muslim societies” with the Imam Hassan bin Ali International Peace Prize, as explained on the official website.

This year’s recipient of the Imam Hassan bin Ali Prize is the President of the Republic of Indonesia, Joko Widodo (Jokowi), for his work as a promoter of peace during his presidency of the G20. A particularly complicated year for the group due to Russia’s membership, which put at risk – on more than one occasion – that the group’s ministerial summits held to date would conclude more or less normally.

“For President Jokowi, as well as for all the Indonesian people, this is an extraordinary award that symbolises confidence in the president as a leader who spreads the message and culture of peace in the world,” Indonesian State Minister Pratikno said after Abu Dhabi Peace Forum Secretary-General H.E. Shaykh Abdullah bin Bayyah travelled to Jakarta to ratify the presentation of the award to Jokowi at the Merdeka Palace.

“The world is currently facing many kinds of crises: a war, a food crisis, an energy crisis. Not only can people not afford to buy, but the supplies themselves have changed. […]. So if we can do this, it means we can contribute to this world,” Pratikno added.