An article from Diario los Andes

With the purpose of commemorating the Month of the Culture of Peace, the Provincial Directorate of the Council of the Judiciary (CJ) of Bolívar, developed the event called “Justice, Peace and Art”, an activity that took place in the Theater of the House of Culture – Nucleus of Bolívar, with the participation of provincial authorities, Justices of the Peace, and citizens in general. 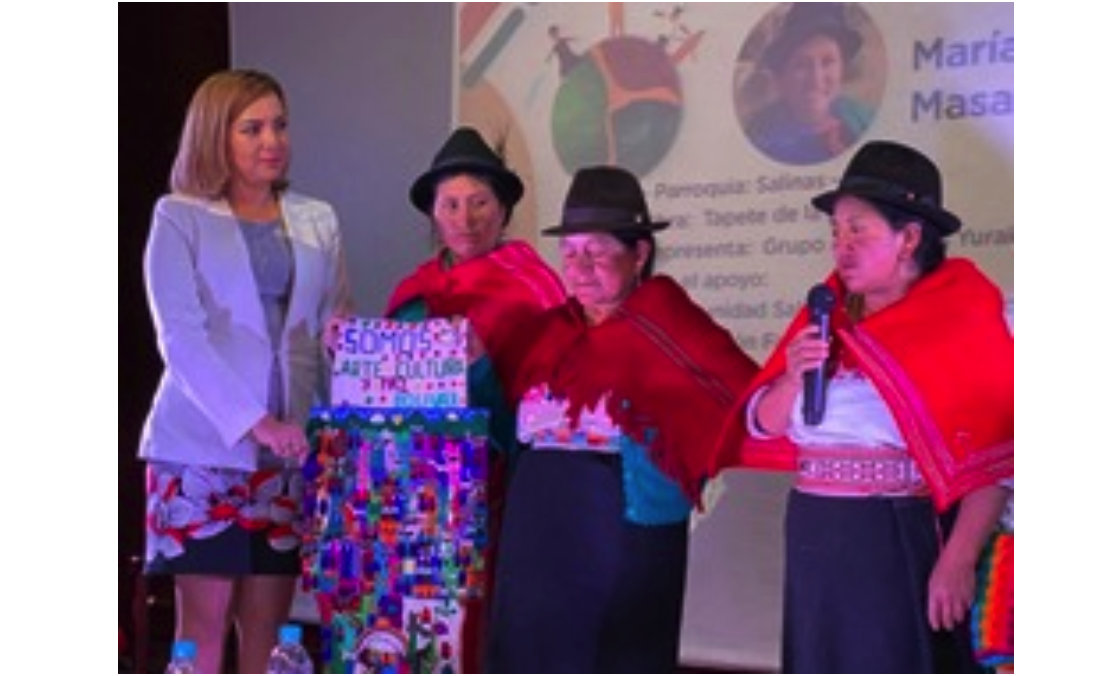 Bolívar province has 12 justices of the peace in the parishes: San José del Tambo, Régulo de Mora, La Magdalena, La Asunción, San Sebastián, San Vicente de San Miguel and San Lorenzo. At the national level there are 479 justices of the peace, who through conciliation and dialogue contribute to the peaceful solution of individual and neighborhood conflicts, generating savings for the state of 6,936,708, if we take into account that a conflict resolved by ordinary means generates a cost to the state of 613 dollars.

The Provincial Director of Bolívar, Ab. María Soledad Solano, recognized the justices of the peace for their responsible and altruistic work, bringing justice services closer to citizens living in rural areas of the province. She highlighted the benefits of the Justice of the Peace System and reiterated the commitment of the #CJ to promote actions that promote equity, well-being and effective enjoyment of rights. During the event, a discussion was held, with the participation of important social actors of the province, in which the following topics were addressed: “Conciliation and Culture of Peace as an Alternative to Conflict and Construction of Social Justice”, “Justice of Peace as an Element of Social Peace” and Justice of the Peace in Urban Marginal Parishes”.

Within the framework of the event to commemorate the month of the Culture of Peace, a rug was delivered and donated to the Provincial Director of Bolívar, made by artisan weavers from the Salinas, Simiatug and Facundo Vela parishes, with the slogan “We are Art, Culture and Peace – Bolívar”.

Olivo Vargas, Justice of the Peace of the San José del Tambo parish, Zone 3, explained that justices of the peace know and resolve individual and community conflicts on the basis of conciliation and equity, since they know the social and cultural reality of their communities.

The “Justice, Peace and Art” event was complemented with the artistic intervention of the Chamber Group of the Guaranda Symphony Orchestra and the exhibition of handicrafts by the group of women artisans from the Salinas and Simiatug parishes.

The Justice of the Peace System is an instance of administration of justice, recognized in the Constitution of the Republic and in the Organic Code of the Judicial Function, it is oriented to guarantee quick and effective access to justice services by the citizens who live in rural and marginal urban areas of the country.